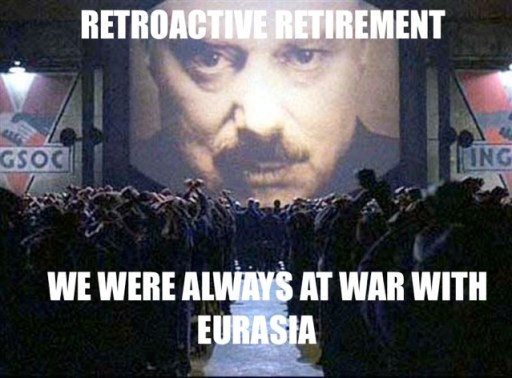 Here’s what the Mitt Romney news has looked like for the past few days: Bain Capital, retired, 1999, 2002, Bain Capital Bain Capital Bain Capital. This reporting has been super confusing, mostly because no one seems to know the truth about it. Autostraddle is here for you in your time of need, with a simplified primer on what it all means and why you should care.

What the Fuck is Bain Capital?

Basically it’s a company that invests in other companies and applies its own consultants to figuring out how to run it better. For example, it invested in Staples to grow it from one store in 1986 to over 2000 in 2011. It also acquires companies and then runs them however it sees fit. This often has dire consequences for the companies while producing positive outcomes for Bain. Mitt Romney was one of the founders of Bain Capital, and he claims he stayed with it only until 1999, when he was recruited to go run the Olympics in Salt Lake City (which apparently didn’t go so well in PR department.)

You would think Romney would want to run as a job creator using Bain Capital as an example, and for a while he tried to. However, Romney claims he retired from Bain Capital in 1999 because of the terrible things the company did with outsourcing jobs, firing people and bankrupting pension funds so that taxpayers had to bail them out–the very opposite of his image as Almighty Job Creator. The actions Bain Capital is most taken to task for include the bankrupting Ampad, Stage and Dade, all of which took place after 1999. At Dade alone, almost 3,000 workers lost their jobs while Romney and his business partners made a profit of more than $250 million. Romney says that he bears no responsibility for these actions because he had retired and was not involved in any aspect of running Bain.

Well…he says he didn’t. But last week, the Boston Globe broke the story that the SEC records for Bain Capital show Romney as “‘sole stockholder, chairman of the board, chief executive officer, and president’ of Bain in 2001, and as ‘Executive’ in 2002.” Which means he may indeed be responsible for all those nasty, nasty things stated above. Our Lady Rachel Maddow breaks it down for us:

In fact, Romney’s own justification for why he should be able to run for Massachusetts Governor even after his residency status was questioned is based on the fact that he was still attending Bain Capital meetings in 2002, well after he claims he had retired.

Wait! Time for a Do-Over!

And most recently, the crème de la crème of all political back-peddling. Ed Gillespie, a senior campaign advisor to Mitt Romney, went on CNN’s State of the Union to say that Mitt Romney wasn’t retired in the year 1999, but retired after that, retroactively. According to Business Insider:

“There may have been a thought at the time that it could be part-time,” Gillespie said, when Crowley asked him about Romney’s leave of absence. “It was not part-time. The Olympics was in a shambles. The International Olympic Committee was going to pull the Olympics from the United States of America, which would have been a huge embarrassment.

“He took a leave of absence and in fact, ended up not going back at all and retired retroactively to February 1999 as a result.”

So what you’re saying is that Mitt Romney, unsatisfied with how he wasn’t retired from Bain Capital in February of 1999, just declared that, instead of being retired in 2002 like he actually was, he was retired 1999, thus making this the most mind-bending departure from reality during the entire Bain Capital controversy. Gillespie and the Romney campaign are certainly catching flack for it. This is the equivalent of calling a do-over in order to distance himself from the incredible mess that Bain Capital has become for his image. Retroactive Retirement is not a thing. Do-overs are not a thing. Well okay, they are a thing if you’re under 10 years of age and playing miniature golf. But only then. 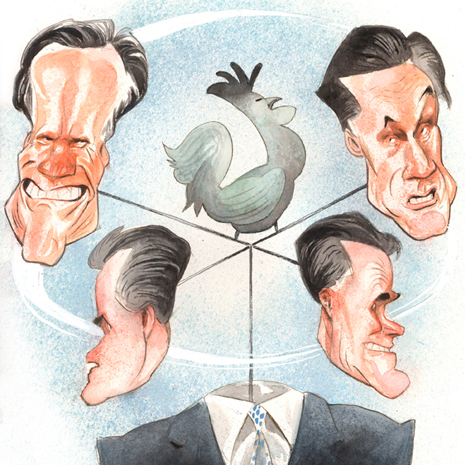 via The New Yorker

There Has Been a Serious Lack of Women and Queers In This Explanation. Why Should I Care?

So, if this gentleman winds up in the White House, he’ll basically hurt everyone in the process. And his campaign’s willful ignorance of reality (he was at the very least an executive at Bain Capital until 2002, lez be real here) and straight up lying is a sign to us that this man will do or say whatever it takes to get into the Oval Office. What will he do when he gets there? Whelp, we have no idea. Because this human being seems to have no clear, definitive moral or policy-related convictions that we can count on. For affordable health care in his own state, now ardently against it? Governor when same-sex marriage passed in Massachusetts, but now against the very same? The Bain Capital Doublespeak is just one more in a long line of bizarre, reality-rewriting flip-flops in which Romney gets credit for things that look really good to his desired voting base and receives none of the blame for things that look really bad to those same prospective voters. He is an unknown quantity, a huge variable in the political game, and one that we cannot solve for. But the good news is that, if he wins, and if his presidency winds up being really unpopular due to his penchant for running roughshod over most people, he can always retroactively retire.