Women are definitely winning the Olympics, y’all. And not just because women are like, competing in a sex-segregated series of athletic events for two weeks in which the ultimate winner of each event has to be a woman because there are no men present, but also because women are literally owning that shit. Women are setting new records, beating their own records, setting new standards of excellence, redefining the notion of what a specific sport’s champions – and future – look like, breaking boundaries, defying odds, and even bringing feminist politics into the arena. The Olympic Opening Ceremony featured a trans woman of color! Feminists carried the Olympic torch! A record number of LGBT athletes are competing for gold medals!

We’ve come far. (Very, very far.) But there’s a long way to the promised land, and if we’ve learned anything in Rio it’s that the literal century-old fight for women’s full inclusion in a historic event — a fight that also includes battling not only sex-defined barriers, but barriers related to race, sexuality, and gender identity — isn’t over yet. 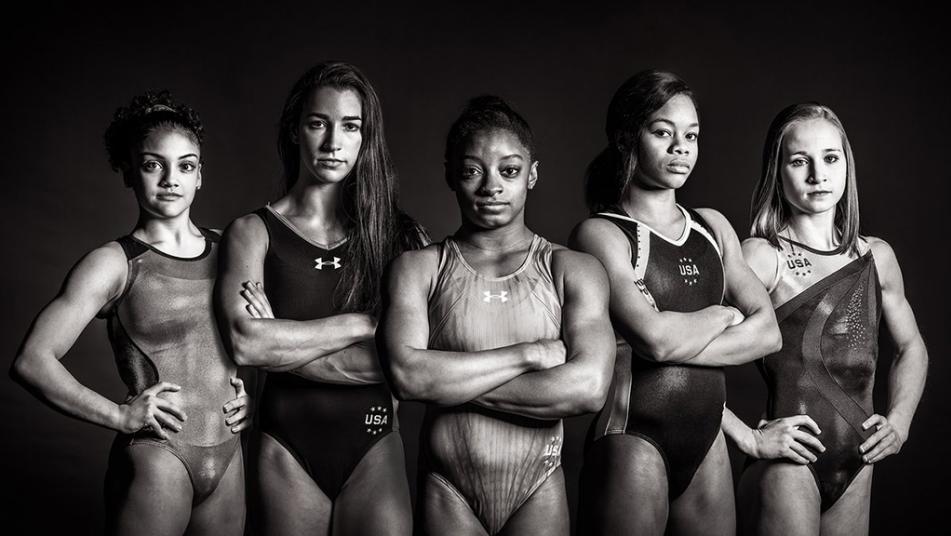 The Olympics were first held way back when in 776 BC. Setting the scene: It appears, to my knowledge, that for twelve centuries a bunch of sweaty men would gather in what are now ancient ruins and often kill each other for fun. Unfortunately, that model was put on hold when Emperor Theodosius Wet Blanket banned “pagan cults” in 393 AD and thus saved countless men’s lives. Centuries later in the 1890s, Baron Pierre de Coubertin, brought back the games but also was openly against women participating, since women doing sports was, in his eyes, “impractical, uninteresting, ungainly, and, I do not hesitate to add, improper.” He did not hesitate to add that  “woman’s glory rightfully came through the number and quality of children she produced.” Men are amazing.

Despite the Baron’s ignorance, women found their place in the games as early as 1900, when a whole 22 showed up like badasses ready to compete. Four years later, eight women played. In 1920, 63 played. But even this kind of progress was, in the larger scope of things, pretty sad: Women made up only 2.2 to 2.4 percent of Olympic participants, and women were banned from participating in certain events. In 1928, though, hundreds of women turned out and turned up — but in the face of the perpetual fuckery of the patriarchy, many ultimately decided the best thing to do was organize and fight rather than train and work to break the Olympics from the inside out. Thus, the “Women’s Olympics” were born in 1922 and continued at the 1926, 1930, and 1934 games — a feat of snarky cultural commentary so impressive women were brought back into the fold by the IOC and ultimately shifted Olympic culture to expand what women had “permission” to rightfully participate in.

And yet, sexism persists, even in a new century. It’s a new dawn, it’s a new day, it’s a new batch of social power politics rearing its ugly head overseas while Ryan Seacrest stands on a beach surrounded by unimpressed families. Commentators are pulling off feats of “astonishing” sexism, including but not limited to comparing female athletes to “girls at the mall” and crediting their husbands for their accomplishments and also struggling not to define women via comparing them to men. Queer women had to listen to homophobic chanting when they entered the field. People would rather talk about Michael Phelps placing second than Katie Ledecky blowing her competition out of the water (legitimately quite literally). The Olympics are more than halfway done and the collective internet has found enough to be outraged about in the disproportionate and sexist coverage erasing and facing women athletes, the pay gaps impacting women Olympians, and the sexist policies that shape the lives of women in sports.

None of this should be as shocking to us as it has been, though. All of this is reminiscent of the world-at-large, in which women athletes at all levels are routinely discriminated against by their governing bodies or their peers because women everywhere at every level of society are routinely discriminated against by institutions and other people. The Olympics fell smack-dab in the middle of a human rights crisis in Rio and a fight against wage discrimination being waged by literally the most successful women’s soccer team on the planet but people are still worried about men who aren’t as good at gymnastics as women feeling left out of a fame game that tears women — and especially women and girls of color like Gabby Douglas — apart. Even in a global competition of elite athletes women who are legitimately on top of their respective games are considered lesser. Even in a global competition of elite athletes happening in the 21st century, some women have yet to see themselves represented at the top — and others are just now beginning to know how it feels to finally be seen there.

The Olympics are sexist because sports culture is sexist because our society is sexist. The Olympics can feel like a separate universe, like a tinier problem we can fix on its own, but these problems run much deeper than this event or the culture that fosters and created it. This is an event built on a sexist legacy of male supremacy and dominance — much like a majority of cultures around the world.

This isn’t to say, though, that we should give up those smaller battles. We should support the women at the Olympics and the women leading sports culture at every level publicly and visibly, much like women in Rio have been doing on social media this week. We should push for women competing at the Olympics to be able to return home with the same freedom to play in a “man’s world.” (We should also remember that some nations still won’t send women to compete, and that putting pressure on them matters.) We should continue pushing the IOC to be better – from outside and from inside that power structure. We should demand that when there’s equal play, there’s equal pay. We should sign petitions and raise our voices about these issues. We should show up when women in sports need us to show up.

When we champion women athletes, though, we should never lose sight of the real victory that would unite them all: A world in which the notion of women being treated fairly, compassionately, and respectfully is no longer in progress. The real victory comes when the women bravely facing down sexism to do their thing — and do it well — on the world stage can look back and smile defiantly at how much things have finally changed.