Hello again! Are you enjoying the 2016 Rio Queerlympics? I’m really looking forward to watching more women’s soccer. I didn’t manage to watch any of the rugby sevens games live, but all the highlight reels I’ve seen indicate that this new-to-the-Olympics sport is both a) thrilling, and b) super gay. Supposedly the only out athletes in that sport are Kelly Griffin and Jillion Potter from the US, Jen Kish from Canada, and recently engaged Isadora Cerullo from Brazil — but like, please! I know what I’m seeing. Those squads are about as straight as the Ghostbusters, say no more.

I love knowing which players play on our team. And as a numbers person, I appreciate statistics of any kind. So I was absolutely delighted when Olympic historian Tony Scupham-Bilton released this extraordinary “Olympic Outlist” last week, providing the “most complete list of LGBT athletes and reserves at the Olympics and Paralympics, giving country, sport, and other Olympic involvement.” As of Friday, the list stood at 257 Olympians, 11 Paralympians, and 10 Olympic alternate/reserve athletes, with additions already rolling in as more athletes come out.

Headlines have been praising the inclusivity of this year’s games, touting the record-breaking number of out LGBT Olympians competing this year. I believe this is true! According to Scupham-Bilton’s list, the 2000 Sydney games currently holds the record for most known LGBT athlete participants (53!). But several of these athletes (including Rennae Stubbs, Victoria Svensson and Sheryl Swoopes, among others) were not publicly out at the time; it was only in later years that their numbers could be added to the tally. The list this year is already growing, but interestingly, it’s not so much because athletes who were in the closet now feel comfortable going public; more frequently, it seems to be the case that an athlete was out already, and nobody made a big deal about it! Outsports recently explained, “This often occurs on team sports in Europe or in lesser-know sports where athletes are out but haven’t gotten much publicity.” Pretty neat how quickly we went from holding giant press conferences to low-key listing fiancées in fluffy magazine profiles, no?

Anyway! Check out that Olympic Outlist, and enjoy these graphs I made from the data set. Nikki made the last image. 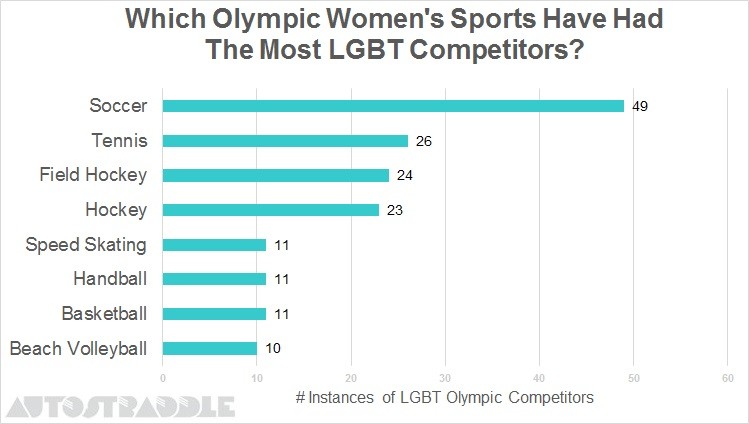 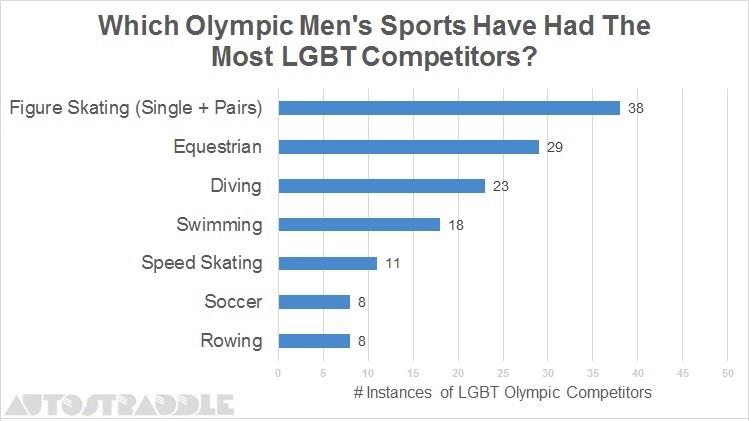 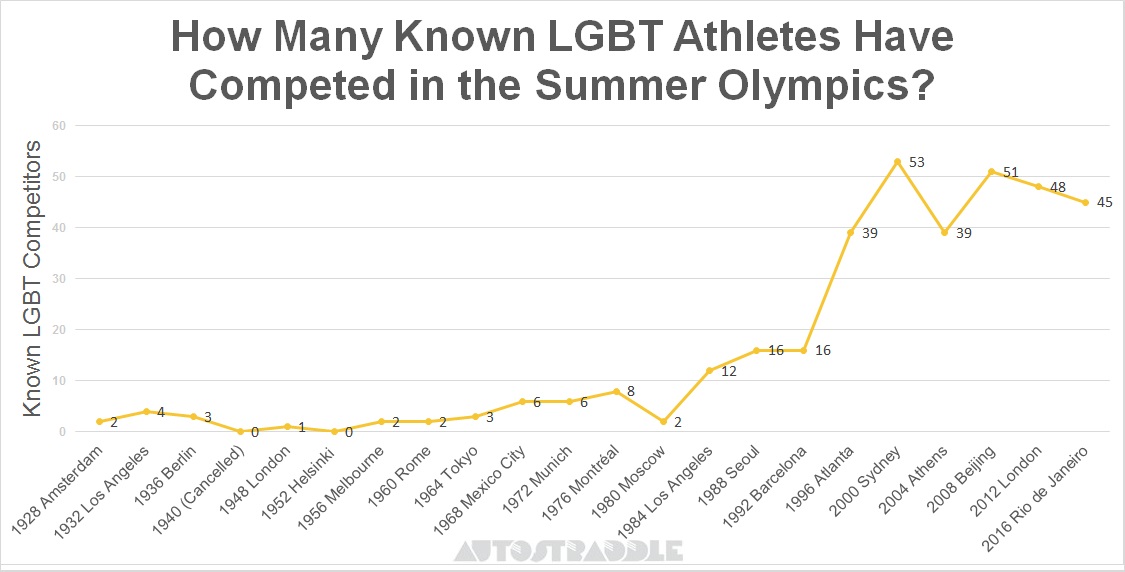 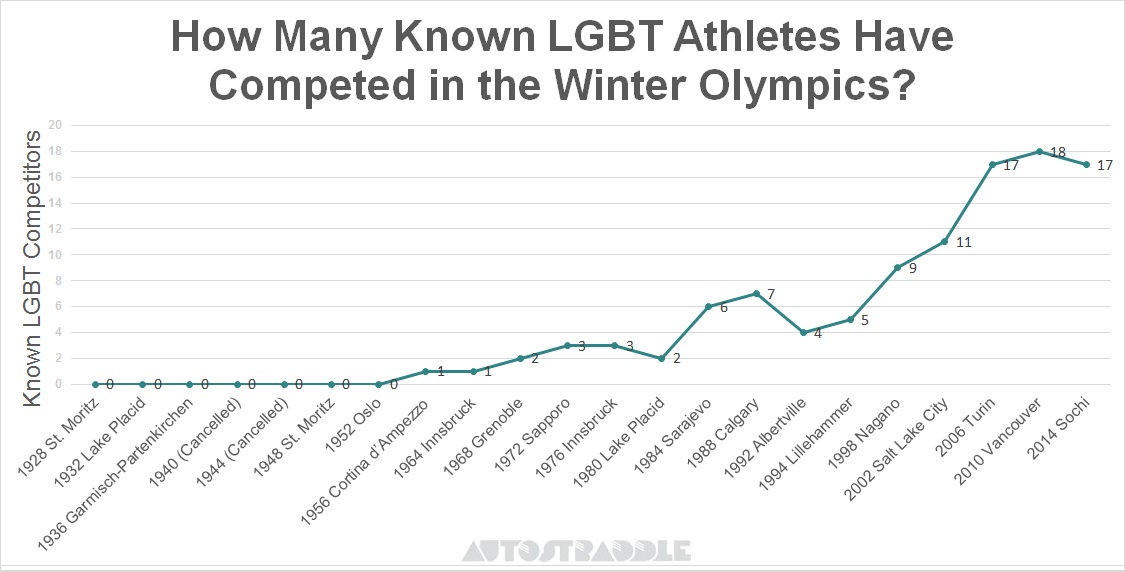 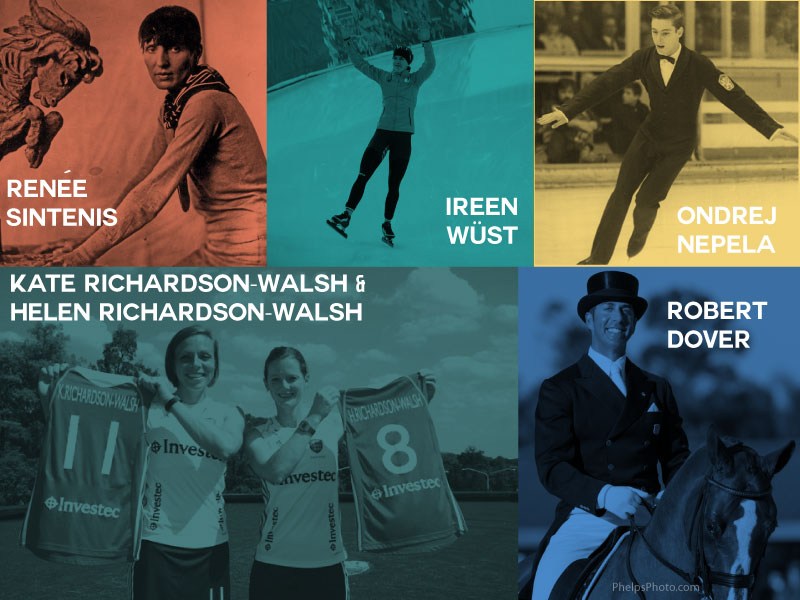