Our community is not a monolith, obviously. I am presented with this weekly, when I have to strike a balance between writing for queers who work in tech, queers who power-top their tech, and queers who interact with technology when they have to. But I do know one thing that we all have in common—we’re all at least some modicum of reader. I know because you are reading this right now.

The truth is, no matter how we relate to tech, the existence of digital space is changing the way we do literally everything. The way we work, for instance—right now I do 100% of my work remotely. This will only change when I teach in the Fall. The degree to which I am connected to my co-workers has changed vastly even in the past four years, which is comparatively not a ton of time. But it’s also impacting queers in a specific certain way—communities used to be based in local, physical space and not only does that not have to be true anymore, it’s not. A good deal of my queer community is made up of those I interact with primarily, if not solely, online. It’s good and it’s bad, both. Everything has pros and cons. I sit around and think about this a lot; it’s part of my job to do that. What a time to be alive!

As you can tell, I like technology not just for the gadgets and for the practical impact it has on our lives, but also for the big ideas I get to parse out. We’re constantly entering territory for which there is no model. That’s pretty frickin’ nuts. As a result, a lot of people have large theories, hopes and fears about technology. Book-sized ideas. This week, two things happened: first, I finished the latest draft of my novel which is directly about digital space and second, I read this amazing group book review in the New York Review of Books entitled “In The Depths of the Digital Age,” by Edward Mendelson. In this review, six books about cultural shift as a result of the Internet are held up against both one another and cultural shifts described by Viriginia Woolf in the twentieth century. As a result, Woolf begins to sound like a psychic and I want to read almost every single book reviewed. I read a book a week, and I want to spend some time this summer really cracking in to books about technology, especially when the ideas therein have special and specific interaction with the queer digital space I occupy for so much of my time. Here’s what I’ve come up with so far—please feel free to add to the grand Queer Your Tech Summer Reading List in the comments.

Disrupted: My Misadventure in the Start-Up Bubble by Dan Lyons 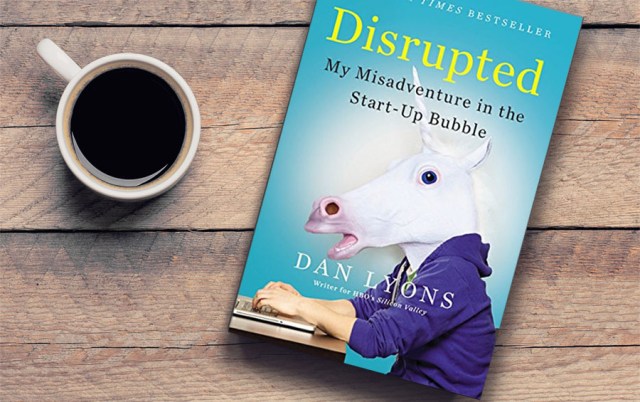 I’m starting with Disrupted because I’m halfway through it right now! It’s my first official Summer Tech Read. Dan Lyons, one of the writers for HBO’s Silicon Valley, basically wrote a book-long burn-fest of his former employer, HubSpot. But it’s more than just that—most of Lyons’s experiences point to large structural issues in the technology industry, from the fact that IT IS A BUBBLE AND IT WILL POP to the intentional corporate culture being used as a brainwashing tool for evil corporate interest. And because Lyons was formerly a technology journalist for Newsweek, he has the chops to turn a confessional piece into an cultural critique. Because I’m a millennial and I have worked in the tech industry in the past (in 2018, maybe I’ll even be able to mention where!), I relate pretty hard to the way Lyons paints the reverberations of tech culture into the way my generation handles their work life—or rather, the way work life is administered to us.

(Also it feels important to tell you that this book was sent to me by Dan Lyons’s literary agency, Fletcher and Company, and I did not go out and buy it myself. I probably would have, though, because this shit is my jam.)

Magic and Loss: The Internet as Art by Virginia Heffernan alongside Greetings from my Girlie Leisure Place by Sharon Mesmer 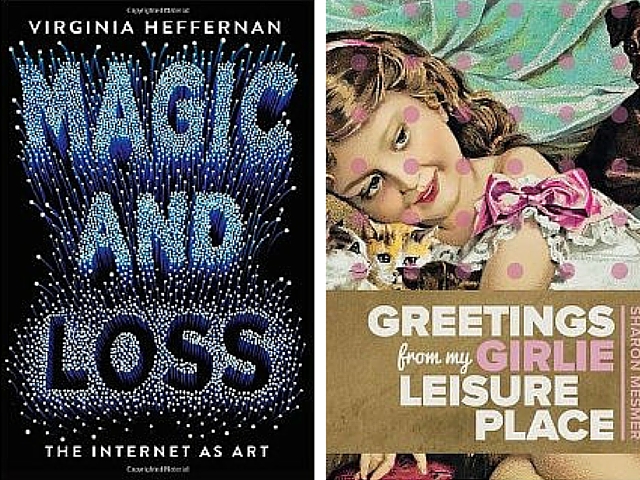 Magic and Loss is the only book from the NYRB piece I’m including in this list because it feels intensely relevant to how the queers I’m familiar with approach the internet. From the NYRB piece:

Magic and Loss entwines her own story with that of the Internet, her escape from “our most sacred class values,” from a world where “the Atlantic and the New Yorker serve as the old guardians, policing the borders of literacy,” into a classless world of pleasure and immediacy, where videos uploaded from the smartphones on which they were made are the universal nonverbal language and all things “are worth observing for the sheer joy of it.”

I may be cheating here because I’m using a book I started long before the Appropriate Summer Reading period kicked in, but based on what I’ve already read of Greetings from my Girlie Leisure Place, I think Mesmer’s poetry might pair well here—the collection exudes a strong sense of digital anxiety and one of my favorite poems therein is entitled “I Want to Expose Myself for Love of the People.”

The Neuromancer by William Gibson 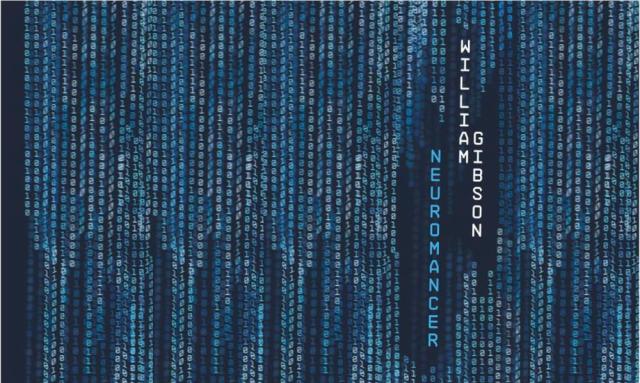 Confession time: I am a technology writer who has never read The Neuromancer by William Gibson, but who keeps talking about meaning to read it. Because Gibson coined the term “cyberspace” in this novel and I spend enough time talking about digital space that I really need to read the source material on this one. WELL THIS SUMMER I WILL DO THE THING I SWEAR.

You’re Never Weird on the Internet (almost) by Felicia Day 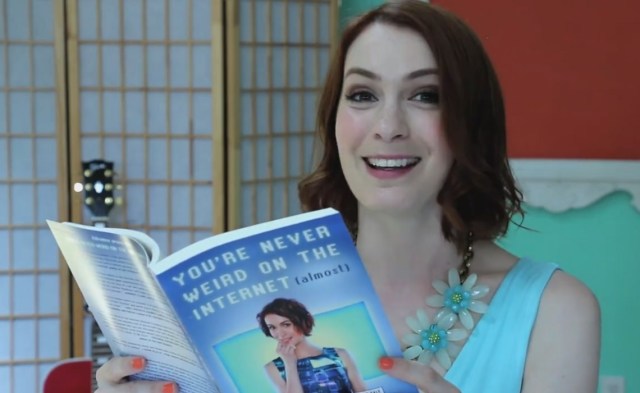 Truly I am a monster because I’ve had a signed copy of Felicia Day’s book at my disposal since last summer, when I went to one of my fave bookstores to see her in conversation with Lev Grossman (author of The Magicians) and I haven’t gotten to it yet. I’m so intrigued by this book and by Felicia Day in general because digital nerd space is so incredibly hostile to women (this we queers know) and, like, Felicia Day is one of the people who just OWNS that space. Literally. She’s behind Geek and Sundry (though now it’s part of Nerdist). This is a memoir of her life thus far, but as the title suggests, it’s also a memoir of her life on the internet thus far. And being a woman on the internet is…a lot.

The Age of the Image: Redefining Literacy in a World of Screens by Stephen Apkon 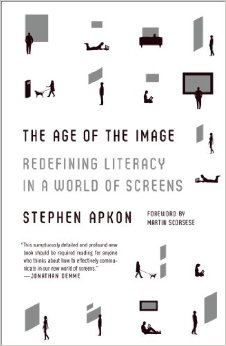 I stumbled upon The Age of the Image in another one of my fave bookstores just a couple weeks ago and I immediately picked it up both because I teach a course called Personas: Cultivating a Creative Internet Presence and because I see the queer community constantly redefining what constitutes smart, academic discourse as more and more of our community space becomes digital. I know what I believe we are doing to redefine literacy, but I want to hear a more global perspective that includes a bigger look at visual storytelling in general (movies included). This seems like it’s that book—it argues for a visual grammar of screens and scenes. 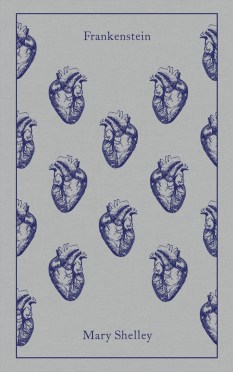 Including Frankenstein by Mary Shelley in books about technology might seem like a stretch at first glance, but I don’t actually think it is. Frankenstein was born out of technological stress of a different time—the Industrial Revolution. Though I do argue that our present state of technology does leave us little historical model as we push forward and innovate further, I do think there are certain flashpoints in history that have impacted our entire lives and culture just as much and just as globally. Two spring to mind without much effort: the advent of the printing press and the industrial revolution (one might also argue “gunpowder,” but I don’t know nearly as much about military history). Shelley created a creation myth for a man-drive and machine-produced age, and she did it in a way that spoke to her audience’s anxieties. I have a lot of anxiety about this moment in time. Who better to turn to than a badass mama of science fiction?

So that’s my list—what’s yours?