Gather round, folks. Lauren Denitzio has a story to tell. It’s their story, and yours, and mine, and it’s exactly loud enough for us to hear it.

On Worriers’ first full-length record, Imaginary Life, Denitzio uses 12 songs to capture their heart — their rage, their love, their adulthood, their politics — and offer it to the world. In the process, they found the pulse of queerness in 2015 and turned it into a drumbeat.

The record covers a lot of ground, tackling police violence, gender, men who can’t use the public transit properly, personal relationships and homecomings. Great punk music catalyzes personal struggle to examine the political and social context it exists in. Imaginary Life is great punk, and people have responded. Denitzio said they didn’t realize the impact that single “They/Them/Theirs” would have on those who heard Denitzio’s vulnerable, powerful commentary on the gender binary. The track has resonated with people around the world who saw their own experiences reflected back at them.

“When I see other people’s responses and other people with all sorts of different gender identities relating to it, it’s been really intense,” they said. “I don’t necessarily tailor how I’m writing a song to getting a specific reaction… It was something that was important for me to talk about for myself, but it’s been a really interesting experience and intense” to see other people reacting to the song. 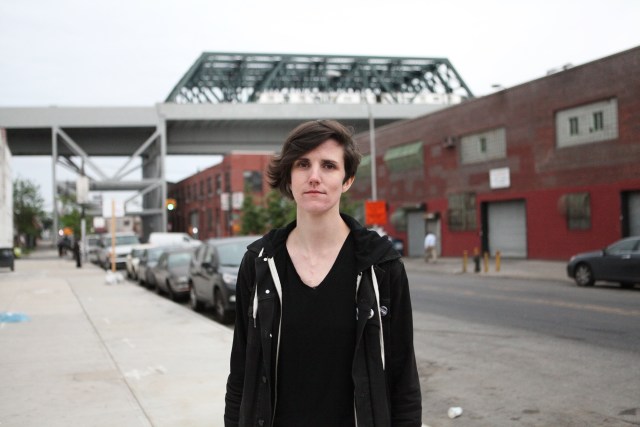 Denitzio is more concerned with being true to themself and making music than coming out in ways that fit other people’s expectations. In daily life and on tour, they said many people are willing to accept the self they aim to project into the world.

Denitzio has been working in bands for a decade, but this is the first time they’ve been the sole songwriter for an entire LP. It was an emotional process, and that shines through with songs that are emotionally vulnerable and authentic. Denitzio grew up on country and folk along with punk and rock genres and learned to play guitar with songs by Ani DiFranco and The Indigo Girls. These diverse influences all come into play to create a texturally rich album.

“I definitely think about being in a band as at least partially being a singer songwriter,” they said.

Worriers’ sound has grown into itself since their 2013 EP Precarity Rules. These four musicians are telling a story together with cohesive sounds that range from the pop of “Plans” to the beachy rock of “Life During Peacetime” to the tight, grungy punk of “Yes All Cops,” a political anthem that takes racist and violent police to task and calls us all to action. “Sometimes silence is a loaded gun in the hands of all of us; nothing hurts like doing nothing, and they’ll only give it up when we rip it from their cold dead hands,” Denitzio sings — and you’ll feel it in your guts.

For production, Worriers turned to Against Me! frontwoman Laura Jane Grace, who definitely leaves her fingerprint on the record. You can hear traces of last year’s Transgender Dysphoria Blues in the way these songs layer together, but it never sounds like a rip off. Instead, we see the ways in which Denitzio and Grace were cut from similar musical and political molds, and in their work they balance each other wonderfully.

Punk occupies the precipices between survival and resistance, rage and anguish, hope and giving up, love and nothing. PUNK IS ABOUT LOVE. I believe this strongly. In “Advance Notice,” Denitzio takes to task a culture that makes survivors of violence and those dealing with micro aggressions afraid to speak out for fear of impinging on group rules. It implores us to bear witness to those who need to speak and receive support. It made me cry. Crying is so punk.

Imaginary Life is out August 7 on Don Giovanni records. 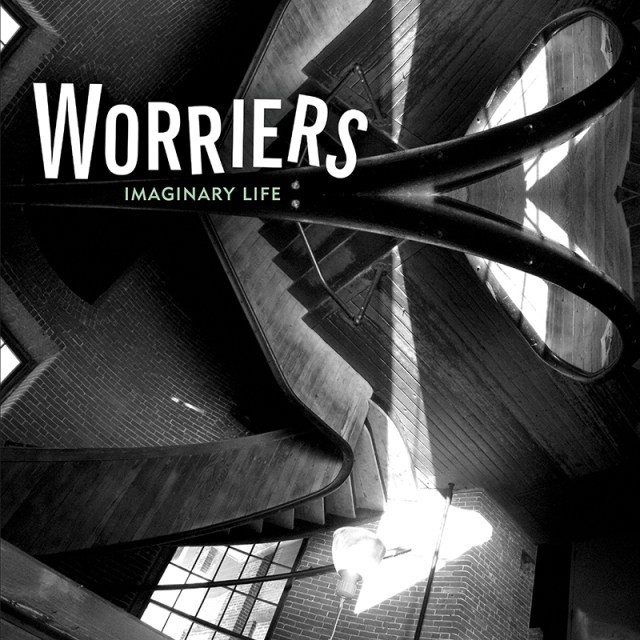