The California Supreme Court isn’t required to give a ruling on the hearing we told you about yesterday, which is meant to determine whether Protect Marriage has the legal standing to appeal Judge Walker’s decision on Prop 8 for the next 90 days, there are some who think a decision’s basically already been made. Although the case hasn’t officially been decided, several State Supreme Court justices shared their strong reluctance to approve a system in which the governor and attorney general were the only people allowed to defend and enforce laws established by ballot initiative.  The LA Times has some representative examples:

+ “So the attorney general and the governor get to pick the laws they want to enforce?” asked [Justice Ming W. Chin], a conservative on the court.”

+ Denying initiative sponsors the right to appeal, [Justice Joyce L. Kennard] said, would be “nullifying the great power that the people have reserved for themselves” and “would not promote principles of fundamental fairness.”

+ “During Tuesday’s hearing, Chief Justice Tani Cantil-Sakauye suggested that there would be no one to “safeguard the precious power” of citizen initiatives if their sponsors were not allowed to defend them.”

+ “Justice Carol A. Corrigan pointed out that the courts, not the governor or the attorney general, are supposed to decide a law’s constitutionality. She asked whether elected officials have “pocket vetoes” over voters.” 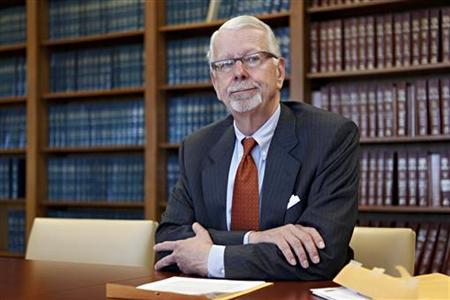 So, wow! I guess just because there are no dissenting people quoted doesn’t mean they don’t exist. Necessarily. It seems like the closest we can get to finding someone who disagrees is Justice Kathryn Mickle Werdegar, who has “suggested the California high court could avoid making a specific rule and simply write a decision that explained the practice of permitting initiative sponsors to intervene in court cases,” which seems less hardcore but also does not seem like it would really change the outcome of this particular Prop 8 issue. So is that a bad thing?

Well, not necessarily. Granting Protect Marriage legal standing isn’t the same as saying they’re right; it’s a general statement saying that the sponsors of successful ballot initiatives have the right to defend them in court if it comes to it. There are ways in which that’s a little problematic pragmatically if not legally; voter initiatives like Prop 8 are about “giving voters the power to decide,” which is their selling point but also their worst characteristic. When the voters are being given the power to decide on the rights of a minority group, it’s a) not particularly fair or ethical because by definition having a popular vote on an issue that affects a marginalized group is a loaded dice and b) as a result, the minority group almost always ends up worse off because of it. There are valid arguments for limiting the power of ballot initiatives for that reason, i.e. doing the exact opposite of what the California Supreme Court is doing right now.

On the other hand, what’s the consequence if Protect Marriage is granted legal standing? Their appeal is allowed to continue on to the Supreme Court. This creates an incredible opportunity — one of the biggest marriage-equality cases in history going before the Supreme Court in a time where the President and Department of Justice have recently decided to stop defending DOMA and declare at least part of it unconstitutional. If the Supreme Court chooses to follow that line of legal reasoning to its logical conclusion, Prop 8 could be declared unconstitutional by the Supreme Court, which would be a huge, historic precedent that would change the way marriage equality is legislated in America — in a good way. So, it’s possible that Protect Marriage winning this chance to appeal in the short term could lead to us winning a much bigger victory in the long term.

It’s possible, though, that even if Prop 8 does make it to the Supreme Court, they’ll shy away from being responsible for such a big decision. Also from the LA Times:

Both Santa Clara’s Uelmen and UC Davis’ Amar said they would not be surprised if the U.S. Supreme Court ducked the constitutional issues by denying standing to ProtectMarriage and avoiding a ruling that would affect the rest of the country.

In terms of the case, however, the timing has never been better — as we found out in the original trial, Protect Marriage may have legal standing, but they also have a terrible case. Few things would be more validating, and possibly more productive, than having them try to play out the same farce all over again in front of the Supreme Court. Edith Windsor’s case against DOMA is still in progress; if Prop 8 makes it to the Supreme Court level as well, how much more weight can DOMA bear?

If you’d like to make your own judgment on how the Sept. 6 hearing went and the arguments presented, Towleroad has full video.

We won’t know the ruling on this hearing for a while yet, and if this case does make it to the Supreme Court, it won’t be until next year. This feels very slow, because it is. But these are, hopefully, the milestones on the way to a time when all this will be considered our dark, dangerous past of second-class citizenship and ‘separate but equal,’ never to be returned to again.