Have you, too, been missing your regular doses of our faithful defenders Olson and Boies? Since they made an appearance in the Ninth Circuit Court of Appeals nine months ago, things have been a little quiet on the Prop 8 front.

Sure, we’ve had some peripheral issues under consideration. Just last week, Judge Ware (who replaced Judge Walker upon retirement) was asked to consider whether the tapes of the trial should be released. And earlier this summer, Judge Ware confirmed that straight white men aren’t the only people qualified to be judges/make decisions about our country.

But the last time we were discussing the substance of the case it was still 2010. Congress was weeks away from voting to repeal Don’t Ask, Don’t Tell. No one would have dreamed that the Obama administration would stop defending DOMA. Marriage equality in New York was still just a dream. It was a completely different world.

The court system is slow. 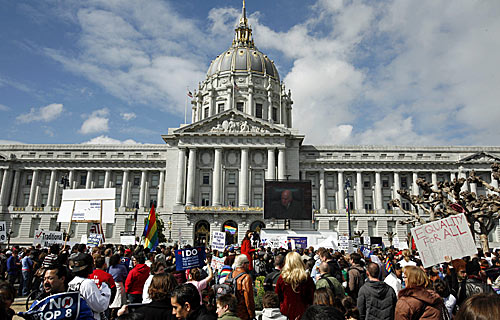 Today, we return to the substance of the case.

Olson and Boies will appear before the California Supreme Court arguing about terribly important procedural matters. Remember when Judge Walker issued his 138-page opinion on how we don’t fuck up kids and we won’t keep the heteros from marrying and gay marriage is better for cities and better for the world? If you need a dose of reassurance or to feel good about the world, go read that again. Today’s arguments are not going to make you feel that way.

Instead, the California Supreme Court will be weighing in on what might seem like a mere legal technicality. The Ninth Circuit Court of Appeals has asked the California Supreme Court to answer a very specific question about the rights of the Protect Marriage folks to continue with the case. Specifically, the Ninth Circuit wants to know whether, under California law, the official proponents of an initiative measure have an interest that allows them to defend the initiative when the state chooses not to do so.

If this seems less interesting than, say, the pervasive history of discrimination against gay and lesbians, that’s because it is.  No one likes the procedural technicalities of the courtroom. But the fact is, the future of the case turns upon this question.

Why does this matter?

Federal courts are courts of limited jurisdiction; as a Constitutional matter, they are only allowed to hear certain kinds of cases, and only when these cases are pursued by parties with a sufficient connection to the case. Before the Ninth Circuit can consider the substance of the case, the Court must first determine whether those challenging Judge Walker’s decision even have a right to be in the courtroom. Or in legal terminology, whether the appellants have standing. If the appellants don’t have standing, there is no case. Which is to say, if Protect Marriage doesn’t have a right to challenge Judge Walker’s decision, there is no appeal and Judge Walker’s decision will stand.

So before the Ninth Circuit can consider whether Judge Walker ruled properly, the Court must first determine whether Protect Marriage is entitled to pursue the case. 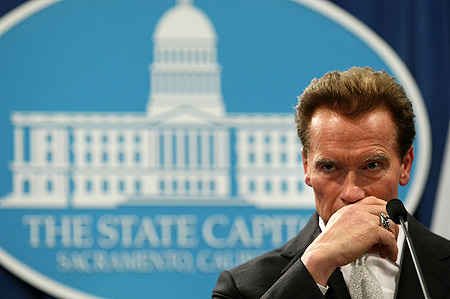 However, it is unclear whether Protect Marriage has legal standing to defend Prop 8.

Back in 1997, in the case of Arizonans for Official English v. Arizona,  the Supreme Court expressed “grave doubts” about whether the sponsors of a ballot initiative have standing to defend the initiative when Constitutionally challenged.  But at the time, the Court also reprimanded the Ninth Circuit, saying that “more respectful consideration should have been given to the Attorney General’s requests to seek, through certification, an authoritative construction of the [law] from the State Supreme Court.”

This case could have implications for ballot initiatives in general, and whether the sponsors of those initiatives have standing to defend them across the board. Since ballot initiatives are considered questionable practice by many, since they represent only popular opinion and often turn out to the disadvantage of minority groups, some consider this a good thing. Others worry that in cases like this, where the Governor and Attorney General have refused to defend the initiative, it gives the state an unintended option to “effectively veto” initiatives that they don’t like.

So what should we hope for, today?

Quite honestly, it’s impossible to say. Some people, like Santa Clara University professor and expert on the State Supreme Court Gerald Uelman, think that Protect Marriage’s chances of being granted standing might be good.

The current court, which is moderately conservative, “hasn’t put any reasonable limits” on initiatives and gives them “every benefit of every doubt,” Uelmen said. From the court’s perspective, “it would just be unacceptable to permit a total nullification of an initiative by virtue of the attorney general’s refusal to defend it,” he said.

Others say there’s no way to know.

If Protect Marriage does not have standing to continue the appeal, the case is over. Proposition 8 will be dead. California will have marriage equality, once again.

But if the case cannot continue, the results end in California. The U.S. Supreme Court will not have this opportunity to decide whether marriage equality is constitutionality required, and we will have to keep fighting this battle state by state. (At the same time, the Supreme Court will not have the opportunity to decide that marriage equality is not constitutionally required, which could set us back years in this fight).

So for now, we wait. And hope for the best, whatever that may be.

(You can also check in with Prop 8 Trial Tracker all day today for coverage of the hearing, which will begin at 8:30 AM PST.) 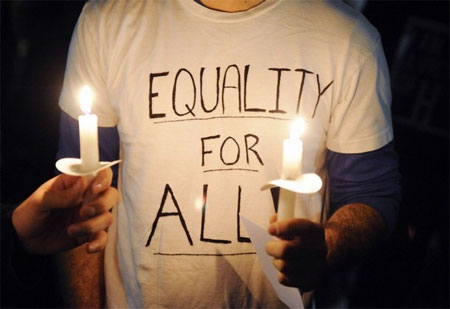