Oh, my precious grey parrots, I humbly bend my knee before you and ask you to forgive me for the monstrous lateness of this final Pretty Little Liars recap of season five. I buckled under the pressure and time wouldn’t stop for me. When season six rolls our way (and oh, so soon!), I promise to be on my best, most Spencer-approved recapping behavior, even if I have to take off my bra to get a bucket full of Adderall. After the recap are the 100 best #BooRadleyVanCullen tweets of the whole season!

Previously on Pretty Little Liars, the Liars were all convicted of murdering Mona Vanderwaal: Alison first, in a trial where her lawyer’s main defense strategy was having her throw grapefruits across the courtroom; and then the rest of them because of, I think, habeas corpus. And while the Liars were getting handcuffed and carted away, Veronica Hastings was just shaking her head over there in the corner of the courtroom because if they’d stayed home like she told them, they would never have been arrested for homicide. Toby was like, “Rawr, I just want to be the police!” And Caleb was like, “My essence is on sale at JCPenny!” And Paige was at Stanford, forcing Emily to learn to make empanadas on her own. 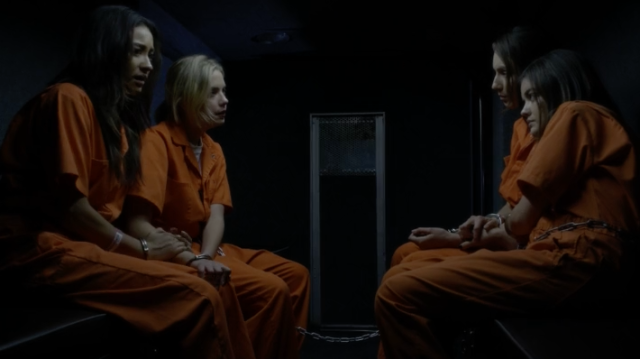 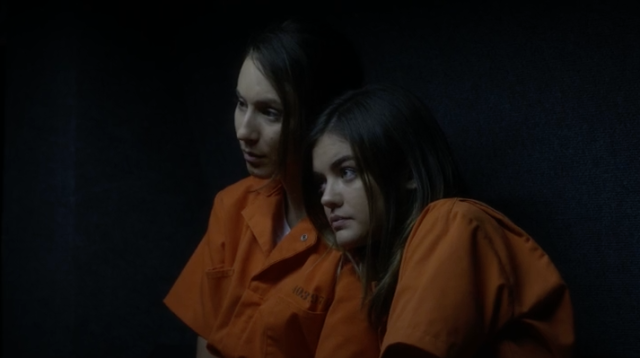 Maybe we could auto straddle.

The Liars are on their way to jail in an RPD paddy wagon, wearing orange jump suits like one of the other times they were arrested (for digging their therapist’s boots out of the mud with a shovel, remember) and forced to do community service. Emily asks Hanna what it’s like in prison, which is ridiculous, like I am so sure Emily has not watched every episode of Orange Is the New Black six times. They talk about how hopefully they’ll all end up at the same facility and be bunkmates so they can share commissary money and start a coven.

Spencer: This is some hardcore bullshit, but I will tell you what, it has really always only ever been the four of us, and that’s all we need.
Aria: Should we all cuddle up like a crate of puppies at the end of a rainbow, for comfort? 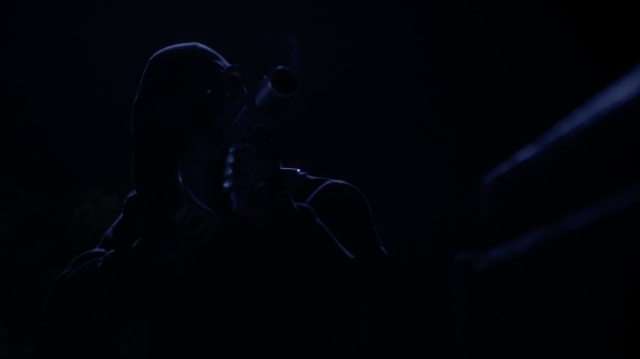 My grenade launcher. My game. My rules.

They do not have the chance. The paddy wagon wrecks and the back doors open and A+ steps out of the darkness and shoots a grenade at them. Luckily it’s one of those grenades filled with sleeping gas and not gun powder, and so they all get knocked out instead of getting dead.

When the Liars wake up, they are in their own bedrooms. But except no they are not. They are in real-life simulations of their own bedrooms with just enough stuff missing that it feels like getting seasick. One-by-one they realize the world beyond their windows is just cement walls, and that all their photos are the ones that came with the frames, and that the books on the shelves are the kind in IKEA. It is Spencer who hurls her chair through her window, which A+ always knew would happen. Remember when he had all those literal rats in literal cages and Spencer-rat was the first to crack? (I think they got arrested for that too? When they took that trophy to the police and it had Spencer-rat’s blood on it and not real human blood?)

The Liars are greeted by the sound of a disembodied airport voice saying good morning in like six languages and inviting them to follow the lighted path to their destination. The doors unlock and they amble out into the hallway and are so relieved to see each other that Emily practically faints dead away. They do follow the lights. The lights lead to Alison’s room in the doll house. 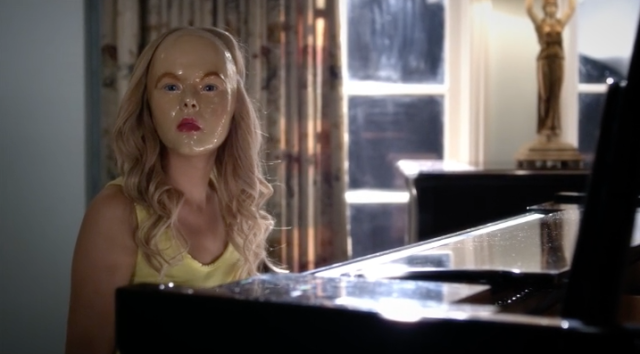 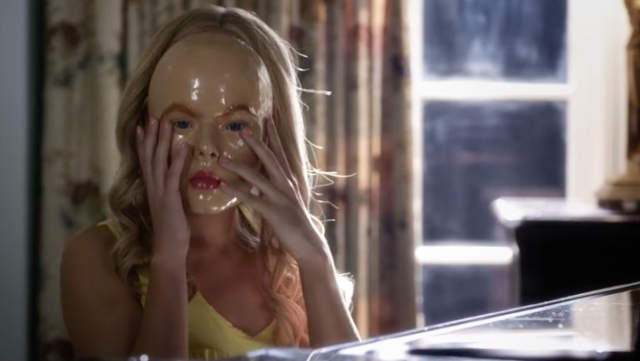 Just kidding, kissing girls is gross, how could you. 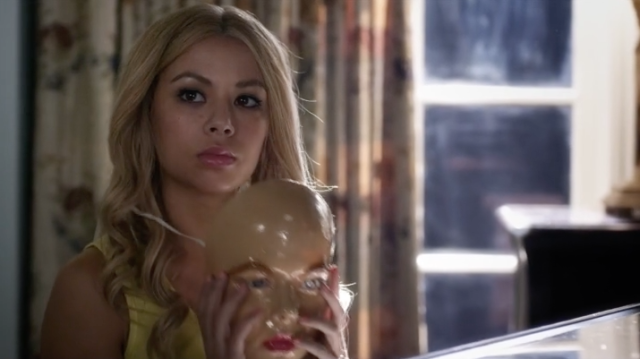 THE FACE OF MONA VANDERWAAL.

Did your soul grow a little? Did you scream? Did you run around the room and fall over your cat’s toys and break your neck and not even care? I grabbed my girlfriend’s leg so hard I almost bruised it. I started shaking. I did. I shaked for the next half hour like a little polar bear without a coat. My girlfriend was like, “But you knew she was alive. You kept saying it. I specifically remember you calling yourself one of the few faithful Vanderchildren.” Still, though. Believing and seeing are two different things.