Just a few short years ago there were exactly zero shows on TV that I could watch to see transgender women like me, played by transgender women like me, on a weekly basis. Now, thanks in large part to Laverne Cox’s brilliant breakout Emmy-nominated role in Orange is the New Black, and the success of Jill Soloway’s Golden Globe winning Transparent, it seems like networks are scrambling to jump on the trans bandwagon.

For some reason, trans-based reality shows seem to be much more popular than scripted shows about trans people. Actually, there are lots of obvious reasons. The film and television industry’s reluctance to cast trans actors, especially in starring roles, the very palpable fascination that the public has with real-life trans people (and especially trans women) and the lack of creativity most writers have historically shown for telling stories with trans characters have all probably affected the amount of fictional trans characters we see on TV. Still, things are definitely getting better and according to casting directors, trans actors are in higher demand than they’ve ever been before. It would be nicer to see some more diversity, though. Seeing a teenage trans girl on a scripted show, non-binary trans people, more trans people of color (I personally, as a trans Latina, would love to see some trans Latinas on TV), and trans guys would be wonderful.

We don’t know how long this very welcome trend will last (especially since the scripted shows are just pilots and might not even get picked up), so while we’ve got options, we thought we’d look at the slate of upcoming shows and gauge our excitement for them. To be honest, I’ll probably check out all of these that are on channels that I get because I’m starved for representation and I have almost no willpower when it comes to things like this. 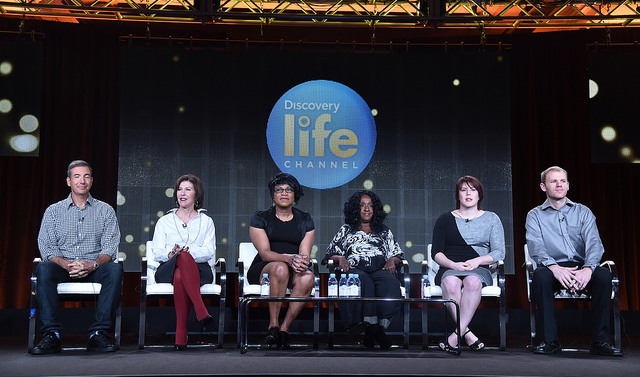 1. New Girls on the Block

This show, premiering April 11, is about six trans women who are all friends in Kansas City, Missouri. According to the Discovery Life Channel, “after years struggling with their gender identities, they are finally finding themselves and learning what it means to be the women they always knew that they were.” It will follow their love lives (some came out after getting married, others are exploring the dating world as trans women), how transitioning affects their work lives and their efforts to be seen as human beings as and women.

While the actual trans women that star in this show seem cool and interesting, the way Discovery Life is presenting it makes me more than a little worried. It seems like the show is kind of preoccupied with their transition and the struggles they face because of it, which, if you’ve been reading and watching trans books, documentaries and stories for years (like I have), is getting kind of really old at this point. Even if you haven’t been watching a ton of trans stories, I’m sure it’s getting repetitive. Executive Producer Jay James’ comment that “to be perfectly honest, there’s a natural curiosity to see what transgender people are all about” makes me even more nervous. Mari will have a more in-depth article on this show soon, so keep an eye out for that.
Excitement level: I’d rather meet these people in real life than watch them on TV. 2/5 Sophia Bursets 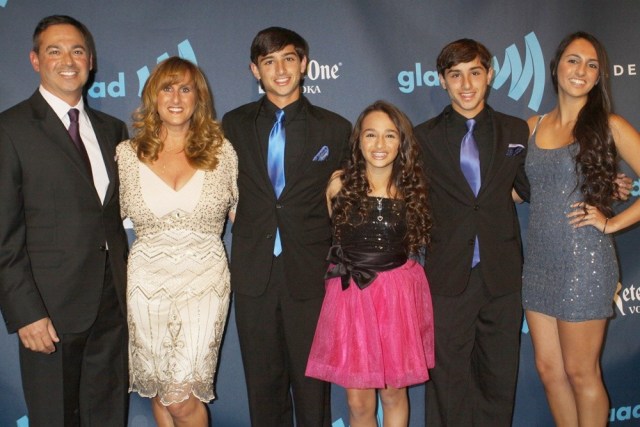 Jazz and her family via aceshowbiz.com

Despite only being 14, Jazz Jennings has been in the national spotlight for years as a trans advocate, someone who speaks up for trans kids’ rights and encourages acceptance of transgender children. Now she’s taking the next step and this summer will be starring in a TLC reality show about her and her parents, twin brothers and older sister.

Jazz already has a few years of being in the spotlight and being on camera talking about trans issues and how they relate to her own life, and from what I’ve seen, her family is super supportive, so those are good signs. On the other hand, though, TLC is kind of famous for its exploitative reality TV shows, like Here Comes Honey Boo Boo and My 600-lb Life. So, hopefully this won’t turn into one of those.

Excitement Level: If it helps one set of parents learn to accept their trans kid I’ll be happy. 3.5/5 Sophia Bursets 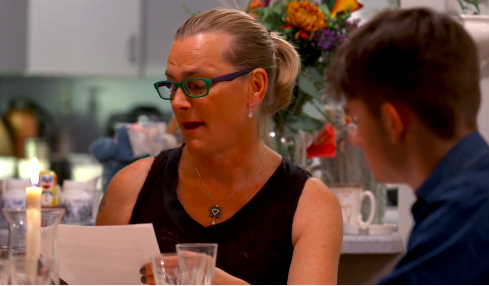 Carly reading a letter to her family via Think Progress

Also coming out this summer, this time from ABC Family, is Becoming Us, which is actually about a cis person, 17-year-old Ben Lehwald, and his parent, Carly, who came out as a trans woman during Ben’s first year of high school and is transitioning. He’s also dating a girl who has a transgender parent. This show seems to be focusing on how Ben, his older sister and the rest of the family process Carly’s transition and transness. ABC Family had previously featured a trans guy character named Cole on the show The Fosters and had a trans actor, Tom Phelan, play the character.

Back when Transparent was first coming out, Mari and I talked about our mixed feelings regarding the show, and one of our issues was that it was re-hashing the tale as old as time: a Well-Off White Trans Woman With Kids who comes out later in life. This seems like it might be basically a reality TV version of that show, but hopefully Carly’s family isn’t full of absolutely horrible people like Maura’s is.

Excitement Level: I’ll just stick to watching Transparent (but will probably watch at least one episode of this). 1.5/5 Sophia Bursets 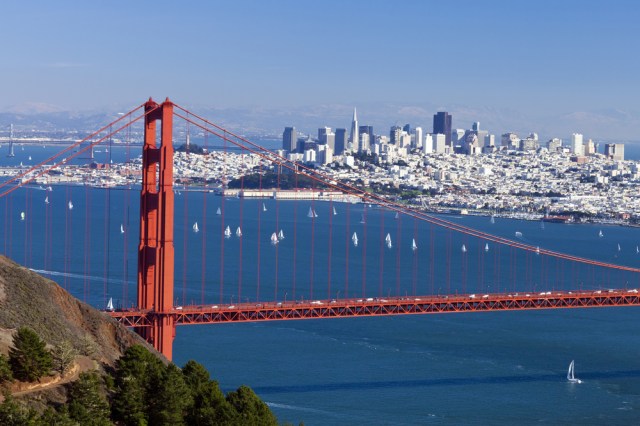 There’s not a ton of information about this upcoming series that was just announced today, but it does seem kind of interesting. Fuse already has Big Freedia, which stars the gender non-comforming (but not trans) Queen of Bounce, and this fall they’ll be adding this show which is about “the triumphs and struggles of a group of transgender San Francisco cabaret performers.”

I don’t get Fuse, but I do enjoy the episodes of Big Freedia that I’ve seen. And this show seems to have a different spin on it than all the others, so this show does have my attention.

Excitement Level: If I had Fuse I’d watch it. 4/5 Sophia Bursets 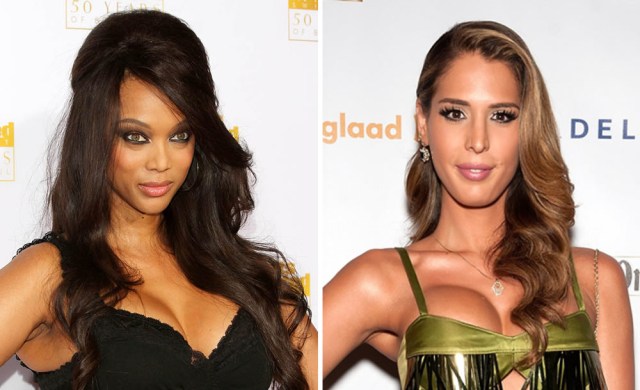 There actually hasn’t been any news about this show in a while, so I’m not 100% sure if it’s still coming out, but there was a lot of excitement for it when it was first announced. TransAmerica is going to feature of group of trans women living in Chicago named Giselle, Natalia, Sidney and Victory with transgender model Carmen Carrera acting as a sort of mentor for them and host for the show.

When this show was announced, Carrera was fresh off of flawlessly reacting to Katie Couric’s extremely uncomfortable questions to both her and Laverne Cox, and Tyra Banks has been a reality TV queen ever since the first season of America’s Next Top Model. However, despite getting an eight episode order, and having a pretty detailed description about the show and the trans women who were starring in it, a premiere date still hasn’t been announced. Since then, Carrera has also made more than a few missteps when it comes to policing other trans women’s bodies and lives, so that makes me a little worried about her role in the show. There are a bunch of news stories about this show being announced last May, but nothing since then, so really, the future of this show is up in the air at this point.

Excitement Level: Is it still going to happen? Who knows! 3/5 Sophia Bursets 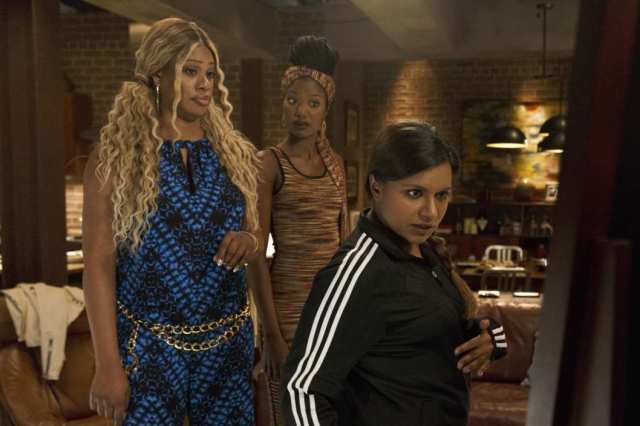 Cox in her recent appearance on The Mindy Project via Variety

I was extremely excited when I first heard that Laverne Cox had been cast in this show. Her performance on Orange is the New Black (as well as just her talent as an actress) had earned her a few guest spots on shows like Faking It and The Mindy Project, but this will be her first regular role on another TV show. Created by Tony Phelan and Joan Rater, two long-time Grey’s Anatomy executive producers (which I think is a good sign), Doubt is about a defense lawyer (played by KaDee Strickland) who gets involved with one of her clients (Teddy Sears, who played Zachary Quinto’s boyfriend in the first season of American Horror Story) who may or may not have murdered a 15-year-old girl. Cox plays Cameron Wirth, a “fierce and funny, competitive and compassionate transgender Ivy League-educated attorney. The fact that she’s experienced injustice first hand makes her fight all the harder for her clients.”

Now this is what I’m talking about. Cox’s role seems to be a substantial one, it also seems to not be overly stereotypical and the producers said that they sought a trans actress to play the role from the beginning, so all of that looks really good. Plus, I like the fact that, from the get-go, this is a scripted series that is committing to a trans character who has defined characteristics that have nothing to do with her gender or her transition. And it costars Dreama Walker, from the amazing and canceled-too-soon Don’t Trust the B—- in Apartment 23, so it’s got that going for it.

Excitement Level: I can’t wait for the Doubt/Elementary crossover event so that I can see Laverne Cox’s Cameron Wirth and Lucy Liu’s Joan Watson team up. 5/5 Sophia Bursets 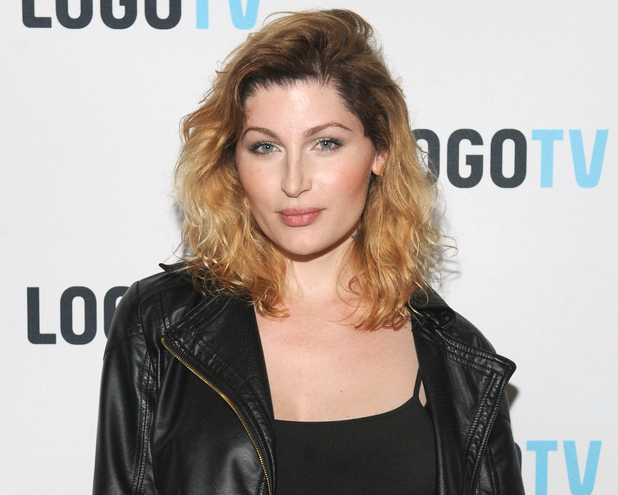 7. The Curse of the Fuentes Women

Are there really two trans women being cast as series regulars in upcoming network pilots? Yes, there are! Transparent‘s Trace Lysette is joining this show about three generations of Latinas who are unlucky in love and in life until a mysterious man emerges from the ocean and comes into their lives. This magical realism drama comes from Silvio Horta, who adapted Ugly Betty for American TV and served as a head writer and executive producer for that show. Lysette plays Gloria, a “brash transgender hostess at Café Fuentes” who “is never shy about voicing her opinions, often to her own detriment.”

No joke, despite how hetero this show sounds, it also sounds like it’s right up my alley. Magic, Latinas, trans women are pretty much my Holy Trinity. Also, Lysette was always completely charming in her limited screen time on Transparent, so I’m excited to see her in a bigger role.

Excitement Level: I know one Bruja Femme who’ll be watching this show (it’s me). 4.5/5 Sophia Bursets

Which of these shows (or another one featuring trans women that I didn’t’ mention) are you most excited for?