This week, President Obama announced that the US will begin taking into account the experiences and treatment of gays and lesbians in foreign countries when making decisions regarding aid for those nations. It’s a move not unlike David Cameron’s in October, when he said threatened countries that criminalize homosexuality with losing foreign aid. Secretary of State Hillary Clinton gave a speech accompanying the announcement, in which she noted (among other things) that “gay rights are human rights.”

While queer people in the US aren’t guaranteed any real kind of personal safety, and are in fact under threat from both physical and emotional violence fairly regularly, it’s become increasingly clear over the past few years that the struggle for equal treatment and full equality for queers in other countries is often much more urgent — a matter of life or death. The international community was in an uproar earlier this year over Uganda’s “Kill the Gays” bill, and South Africa’s pandemic of “corrective rape” against the lesbian community wasn’t even worth classifying as a hate crime. If a newly introduced bill passes in Nigeria, citizens could be jailed for same-sex cohabitation or even “organizing, operating or supporting gay clubs.” In many of these countries, activists don’t have the freedom to organize against these threats or fight for their rights. In Russia, almost any public display or action having to do with homosexuality could be criminalized by a new law; a rally or protest for human rights for queers would be even more out of the question than it is now.

While physical safety is still a major concern for many queer and especially trans people in the US, it’s telling that much of the public conversation around gay rights centers around marriage equality. With political rhetoric especially, it sometimes feels like not just the biggest issue, but the only issue for the gay community. With the recent epidemic of suicides of young gay people and subsequent discussion on bullying, the conversation has started to change, but the trickle of It Gets Better videos from politicians and local government officials aren’t the same as a firm and committed plan for protecting anyone’s personal health or wellbeing. 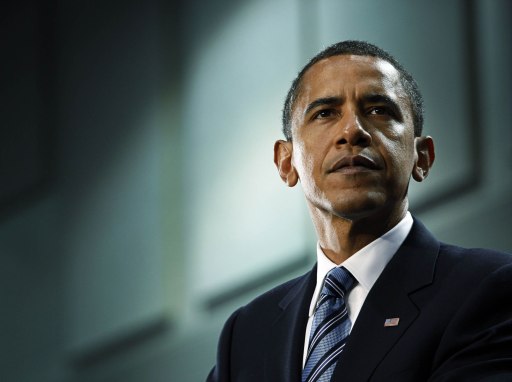 That’s why the Obama administration’s announcement earlier this week was historic — because not only did it establish a firm stance on human rights abuses, which is always an admirable thing for a group in authority to do, but it recognizes the ways in which being queer truly is a defining and terrifying fact of life for our global community. Although it hasn’t gotten much time in the spotlight, the Obama administration has quietly gone about addressing some of the more pressing day-to-day issues that face the more marginalized members of our community — like funding pilot programs to help homeless queer youth, or working towards ensuring that gay and lesbian parents have hospital visitation rights and medical decisionmaking powers for their children. And while DOMA is still hanging on, this statement from the White House is also part of a new kind of rhetoric around gays. It’s not about just tolerating us, or granting us symbolic freedoms, even very meaningful and important ones like marriage — it’s about keeping us alive. And in a move that’s surprisingly rare for any American administration, it’s recognizing that the experiences of people on a global scale are often much more extreme than those of people at home, and the US is in a position to possibly alleviate some of that.

There is, of course, a fine line between using the West’s power and influence to protect marginalized  communities, and using our power and influence to strongarm developing nations into obeying Western cultural standards — a claim that countries like Jamaica often make when experiencing pressure to treat their gay community differently. But while it’s worth questioning our relationships with developing nations with an eye to imperialism in general, there’s no question that what some citizens of Nigeria or Uganda have suffered are indeed human rights abuses. And Secretary of State Clinton is right — our rights are human rights. And while marriage is important, the question of our human rights and our actual human lives is a more important one, and a much harder one to answer. Whatever else one can say about the Obama administration, it’s hard not to be glad that someone is finally at least trying.