Hello french toast sticks! It’s time for your weekly look at all the pop culture news I have subjectively determined to be relevant to your interests.

So, the ACLU is taking on Hollywood’s Bias Against Women. This is a brilliant and important development in all of our lives. I don’t know if you’ve heard, but women are not very represented in Hollywood. Like, for example, only 4.7% of studio films produced between 2009 and 2013 were directed by women! That is a very tiny number. 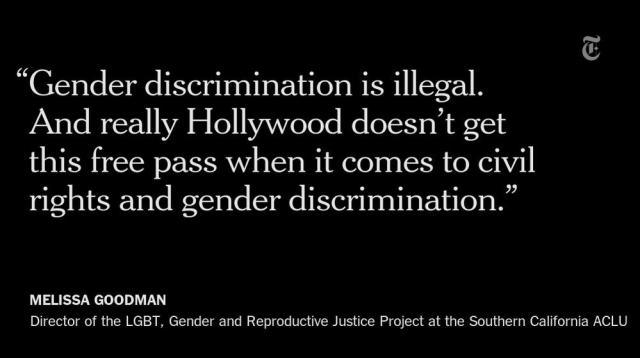 Indiewire talked to a bunch of women in Hollywood to get their take on the initiative to “ask state and federal agencies to investigate Hollywood’s hiring practices and possibly bring charges against the major studios, networks and talent agencies for intentional gender discrimination in recruiting and hiring female directors.” Susanna Fogel, who directed that movie you like called “Life Partners,” had this to say:

It’s exciting to feel such institutional muscle being thrown behind a problem we’ve grumbled about for years, while we’ve subtly tried to move the needle from inside a very flawed, biased system. It feels like the alliance we’ve been waiting for. Hopefully, such a public investigation will force more transparency and open dialogue in an industry that is still very much a lawless state where the capital is personal relationships and old-boy dealmaking at boutique hotel bars. And hopefully this will encourage female directors to present ourselves as confident leaders who are ready for these higher budgets, rather than becoming intimidated and embittered by the statistics and allowing that to affect our ambitions and presentation of ourselves as deserving of the keys to the kingdom we say we want!

+ There were quite a few excellent shows centered on people of color that were renewed last week — unfortunately, Cristela was not one of them.

+ ABC’s Upfronts presentation was full of thrills and chills and also diversity. Would you like to watch all of ABC’s new show trailers? Good news, you can! There’s a series with a strong focus on a gay teenage boy written by Dan Savage (The Real O’Neals), a Shondaland series starring the lady from The Killing (The Real O’Neals), an FBI drama with a woman of color lead (Quantico) and several other shows that look pretty cool. For example, THE MUPPETS!

+ Here’s how MTV pulled off that killer promo for Scream, which included stars from all its top franchises including Karma and Amy from Faking It. Scream premieres June 30th, and as we reported last fall, Bex Taylor-Klaus will be playing the bisexual lead role, Audra Jensen, the “daughter of a Lutheran pastor” who is “described as an artsy loner who aspires to be a filmmaker.” Taylor-Klaus formerly played baby butch Bullet on The Killing and also was on Arrow and House of Lies. A brief evaluation of Bex’s Google Image Search results suggest potential family status.

+ Amy Poehler is profiled on Fast Company’s 100 Most Creative People in Business 2015 and it’s glorious. Among other tidbits, she speaks to sexism in Hollywood, noting, “I have these meetings with really powerful men and they ask me all the time, ‘Where are your kids? Are your kids here?’ It’s such a weird question. Never in a million years do I ask guys where their kids are. It would be comparable to me going to a guy, ‘Do you feel like you see your kids enough?’”

+ The men of Empire are on the cover of Essence magazine, and out gay actor Jussie Smollet says he reached out to Lee Daniels on social media to get the role, telling him, “I know you get this all the time but I’m a singer, actor, dancer, songwriter and musician. I am Jamal Lyon in more ways than one.” He told Essence, “if I can help someone else feel less alone, no matter what they’re going through, I’m happy to have that opportunity.” 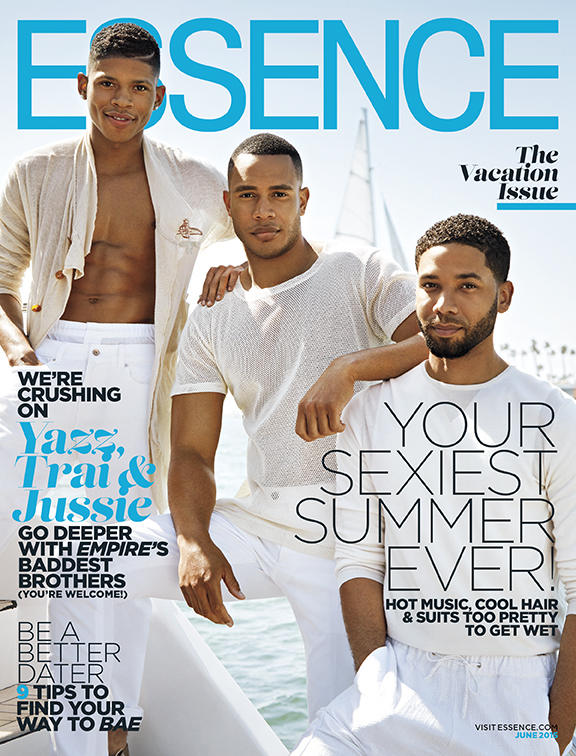 + AfterEllen talked to Janet Montgomery, who plays Mary Sibley in Salem, about her character’s sexuality:

It’s interesting—that question. What I’m trying to play on with witchcraft is that the language of witches is often sexual. It’s often based in a sexual nature. The relationship with Tituba, there’s a sisterly relationship there like family, there’s also the fact that they’ve grown up together, and so, they’re like best friends. There is a sexuality in their relationship though, and I think that comes from just the way witches would speak to one another, whether it’s physically or through language.

+ Marvel has revealed the identity of the new female Thor. This seems to be an important thing people are talking about. Right?

+ I haven’t seen Bessie yet but this writer for Variety has, so. (Variety)

+ Taylor Swift‘s upcoming music video for “Bad Blood” has a few things going for it, I think. 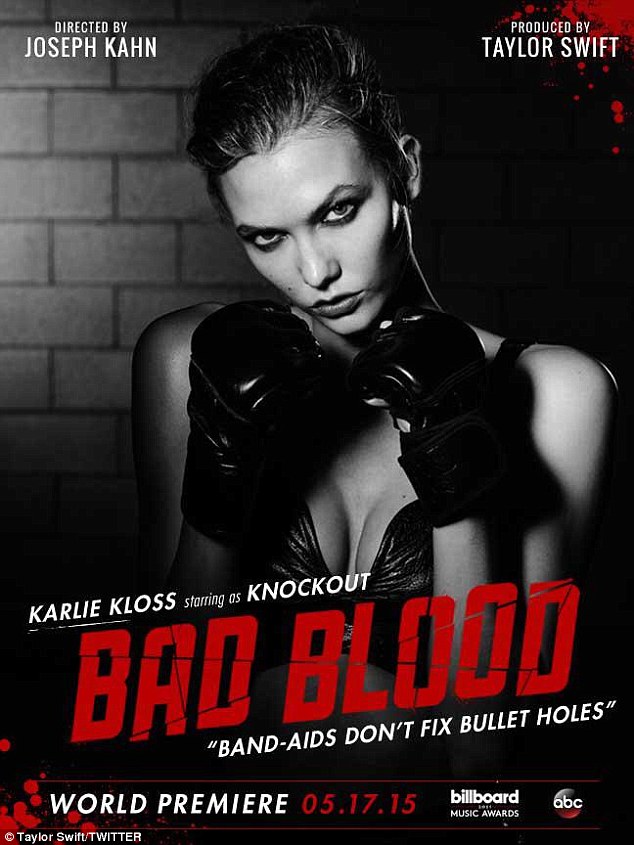 I’m Afraid To Even Watch This

+ Britney Spears, the love of my life, has made a music video with somebody I don’t really care for named Iggy Azalea. I think it’s terrible but I’m not sure.

+ Margarita, with a Straw gives us a rare queer heroine – “when it comes to queer disabled leads, we’re pretty much grasping at straws. That’s why Margarita, with a Straw and its leading lady Laila are so refreshing. As is Laila’s lover Khanum, an adventurous blind woman. That’s right, a movie that highlights two disabled women in an emotionally and sexually fulfilling relationship. Progressive? Yes, and we have Indian director Shonali Bose to thank for it.”

+ A Heartfelt Documentary Unpacks The Work Of a Forgotten Lesbian Artist. (Bitch)

+ 29 Polynesian Celebrities Who Are Taking Over Hollywood (Buzzfeed)

+ 50 of the Wildest Post-Apocalyptic Fashions on Film (Flavorwire) 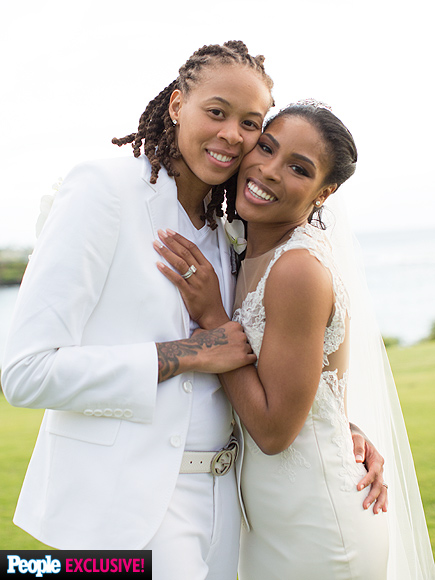 + Entertainment Weekly‘s photo booth captured the stars at UpFronts, bless them. Look how cute Danielle Brooks and her girlfriend Nneka Onuorah are in this picture with Aja Naomi King and Kelly McCreary! 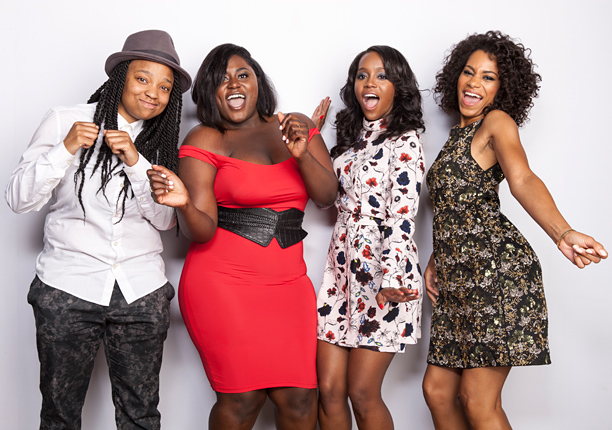 Look how hot Samira Wiley is! 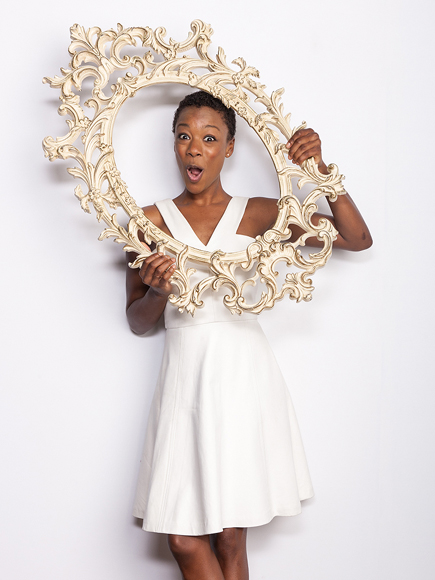 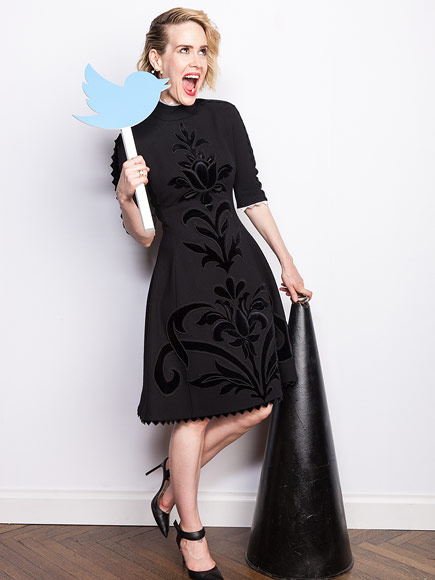