+ The Hollywood Reporter’s annual Actress Roundtable is here, starring Jennifer Lopez, Scarlett Johansson, Lupita Nyong’o, Laura Dern and Renée Zellweger. They talked about working in this shifting #MeToo moment in Hollywood, the roles they’ve been most intimidated by, being hyper-sexualized, Lupita Nyong’o is the best, etc. Obviously our TV Team ranked the whole thing by Mommi energy for you. 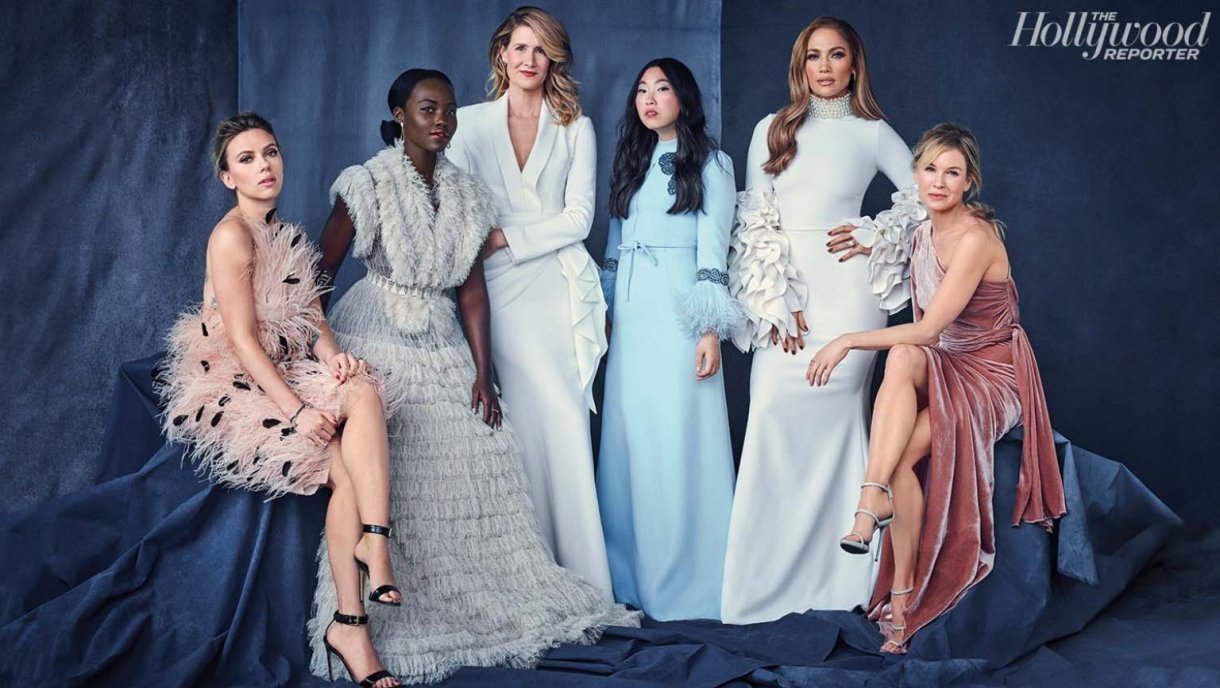 Carmen: I am not our official Mommi ranker Kayla, but I assume Jennifer Lopez is Number ONE
And Scarlett Johansson would be last place.
Kayla: Jennifer Lynn Lopez is Daddy.
Carmen: …. Kayla you cannot just stop there.
Wait? Are you saying that J.Lo is out of the Mommi race because she is in fact, a Daddy. Is that what’s happening right now?
Kayla: Yes.
Laneia: I’m sorry but Scarjo would not be included in the list at all ok bye thank you.
Kayla: Yes I was going to say that next.
Scarjo is also not a Mommi.
It is not a spectrum. Not everyone is a Mommi.
Laneia: Scarjo is cousin vibes at most.
Kayla: askldlasdl;asdk
Laneia: The one you don’t know their name.
It’s almost like Scarjo was like can y’all give me the most “distant cousin whose name no one knows”-vibe dress.
And they were like yeah we were already going to do that

+ Sarah Michelle Gellar and Ellen DeGeneres are teaming up for some kind of thriller about lying at Fox.

+ Ali Krieger and Ashlyn Harris open up about playing for the NWSL’s homophobic owner.

+ Selena Gomez smooched Julia Michaels and then they got matching tattoos, is a thing I have learned this week.

+ Our new Contributing Writer Jourdain Searles has a piece about Marriage Story in the New York Times!

+ The case for spoilers.

+ Now that Netflix has more streaming competitors, it suddenly cares about ratings/

+ ODAAT season four will be here in March!

+ She-Hulk is FINALLY getting her own series.

+ The Good Place will end with a 90-minute series finale.

+ Women TV Directors Can Call the Shots, But ‘Don’t Have the Luxury to Fail’

+ Kristen and Patrick Stewart aren’t related, but they are the best part of Charlie’s Angels

+ And finally, in the off chance you haven’t had the opportunity to cry about this car commercial yet.