I have one interest and one interest only: my Mom. Sometimes she takes me to the dog park, where I try to hang out with her, and then she drops me onto the ground and says “go make friends!” Then I hop back up onto the bench next to her, and she puts me back down again. Then she says, “you’re co-dependent and have attachment issues!” but I don’t know what that means!!!! Sometimes when we go walking I try to eat other dogs or stop people from running away by eating their sneakers, and then she says, “See, this is why I am your only friend.” And to that I say: “Exactly!!!!!!!!!!! I’m so lucky!!!” 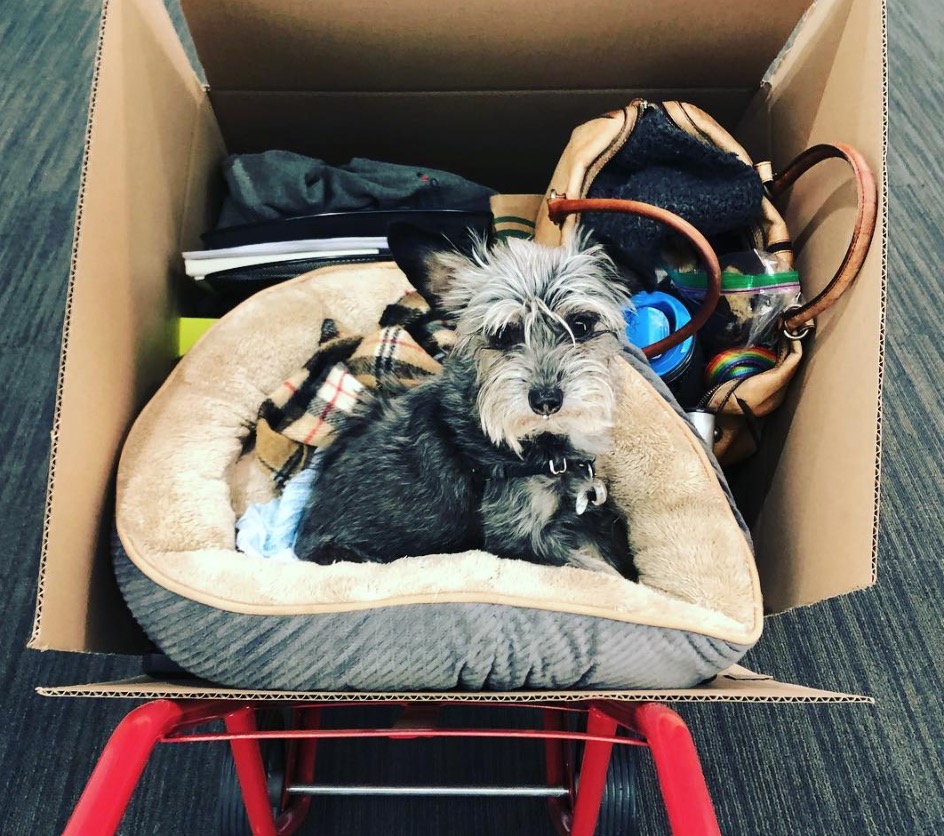 Bandit is attached to his Mom, who is very pretty and also skinny and blonde like me and my Mom. So sometimes you can’t see Bandit. Bandit is very good at hiding inside his Mom but surprise everybody, I can smell Bandit!!!!!  I have a very good sense of smell, and I practice a lot on my walks, because I like to stop to smell tiny patches of cement that have nothing particularly interesting about them visible to the naked eye. Bandit is small and doesn’t try to bother me. 9/10. 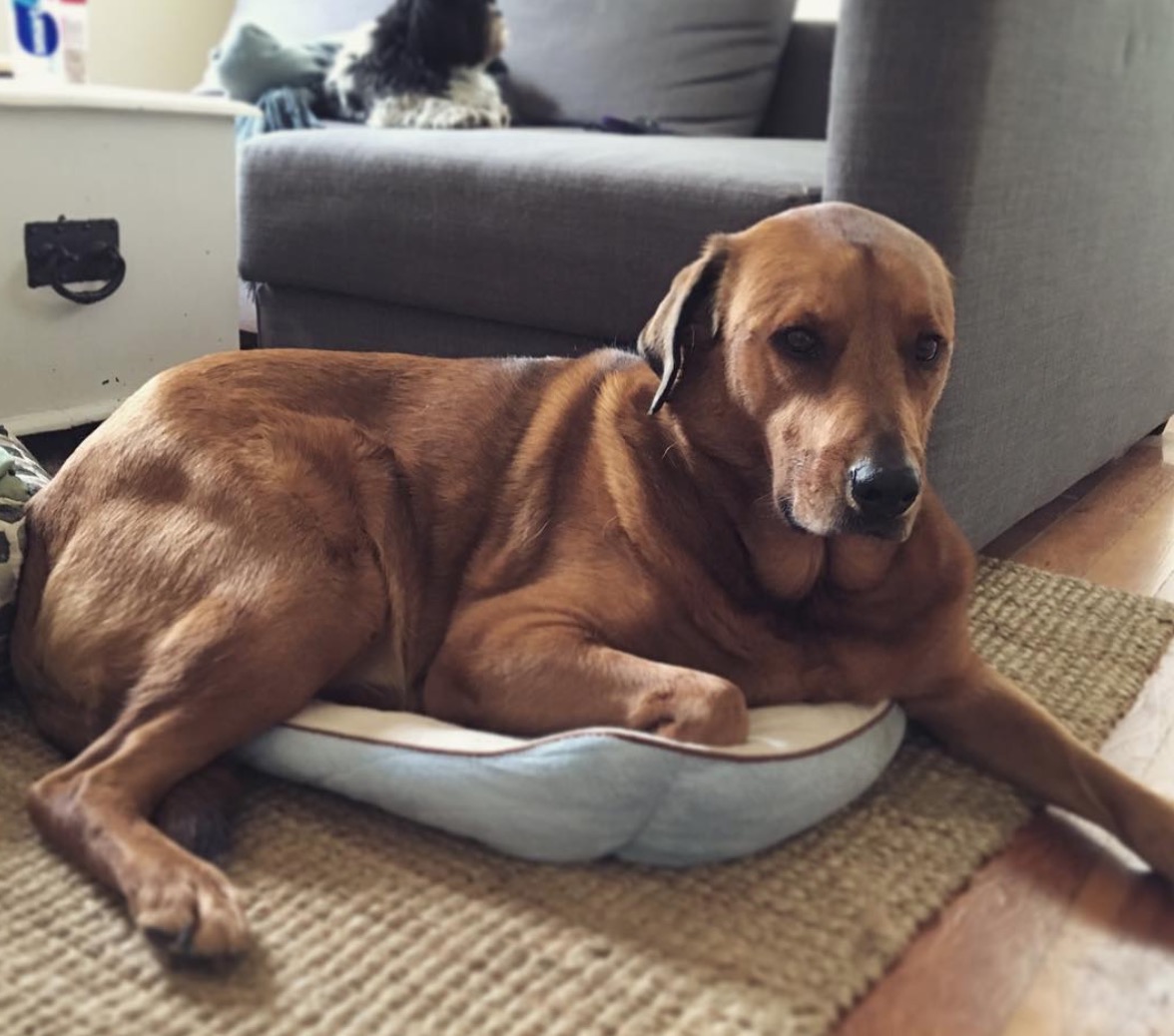 Kai is so big! I don’t think Kai is a dog. I think Kai is maybe a horse, because she has a beautiful coat. I could ride Kai around in the meadows and be a “horse girl,” if my Mom had a horse too, but I wouldn’t want to do it alone. But also just in case I need to defend myself because Kai weighs 10x more than I, tiny Carol, weigh, which is how I ended up in my crate at Alex and Mary’s house!!! Don’t eat me! 9/10 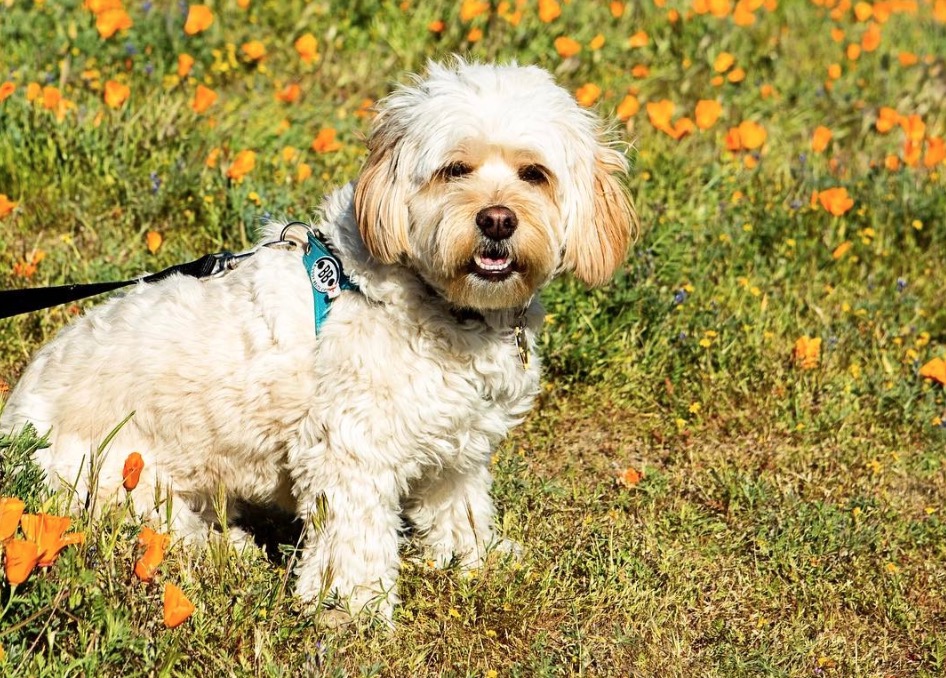 Johnny Waffles is a dog I can really relate to. He brings joy into the home of Carly and Robin, looks great in photographs, has a gorgeous mane, and an irrepressible spirit. I think I am a little smarter than Johnny Waffles, but also Johnny is fluffier than me. Johnny is too nice to notice that I am a bitch! 9/10. 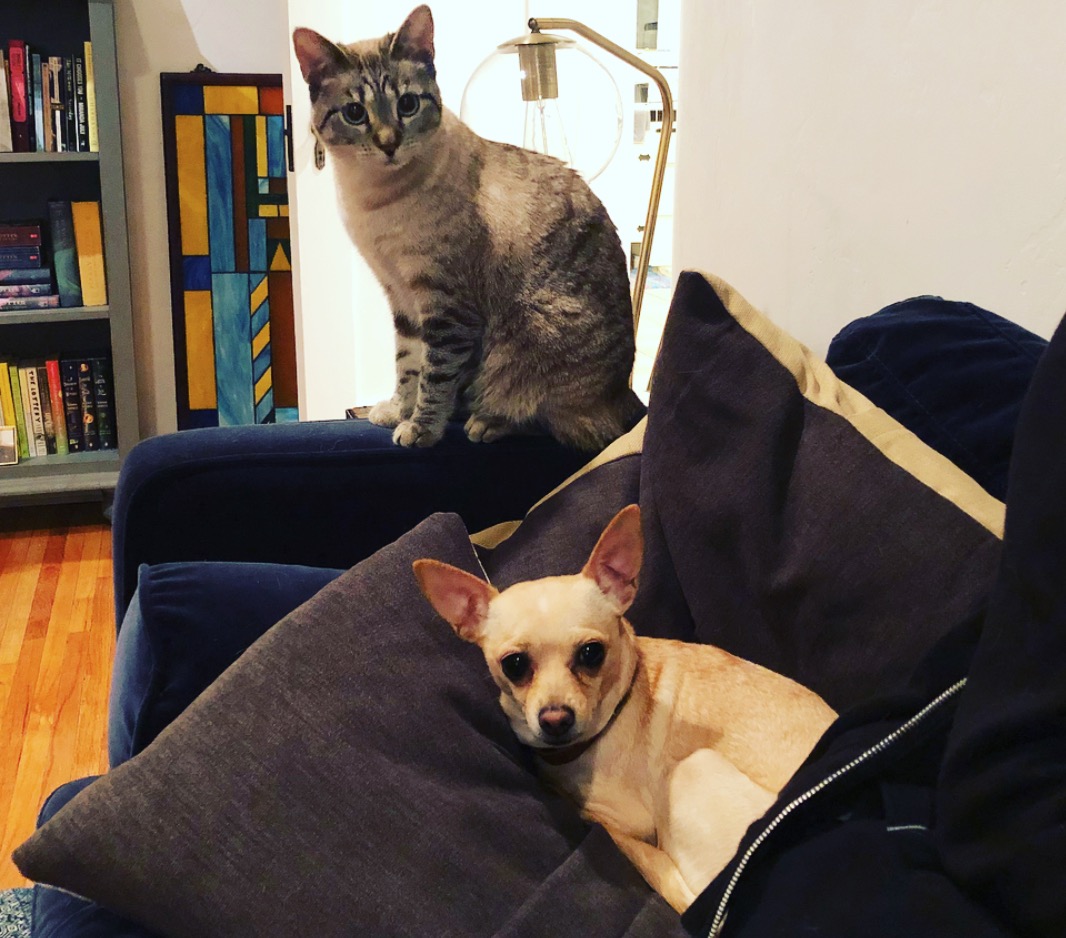 Cats are mostly fine. Sam was nice and I like being in the same room as Sam. If you go to this instagram post and click to see the second image, you can see a video of me hanging out with Sam. Sam was afraid to ask me to hang out, as all animals should be! We are about the same size, but I am a dog and Sam is a cat, so I don’t know who would win a game of Parcheesi. 9/10. 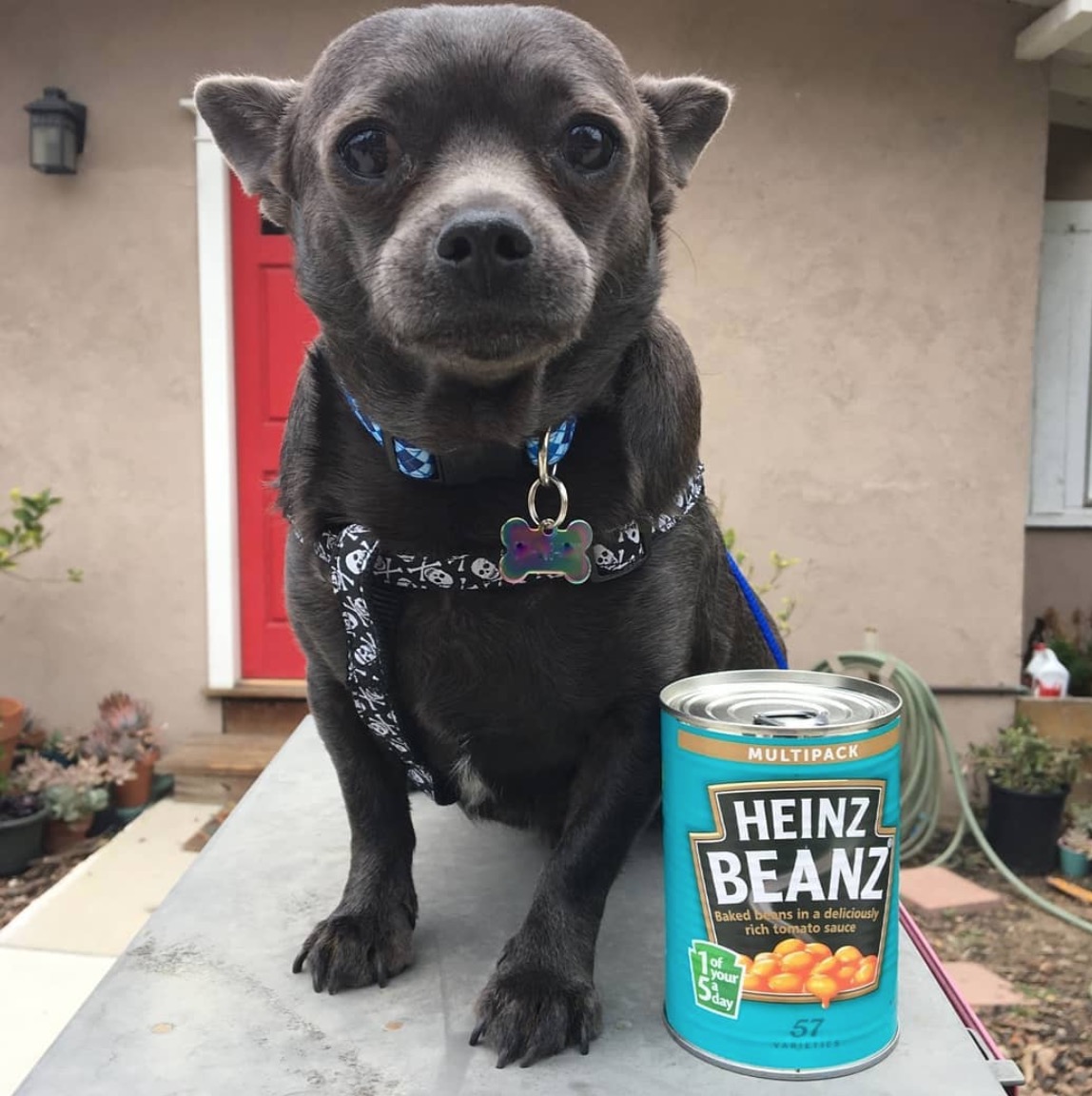 Riese always says, “you should marry Beans!” “We could have a celebrity dog wedding with Beans!” And then Gaby is like, “Beans has a crush on Cheyenne’s dog, but Cheyenne’s dog is NOT INTERESTED.” I don’t know who this girl Cheyenne is??? But I know that I am a beautiful dog, maybe the most beautiful dog of all time. One time I was at Gaby’s house and I jumped on the couch and everyone was like “Wow, Beans can’t do that.” That felt good. Another time, I was on a chair with Riese and Beans, and it was fine. Overall, Beans is a good dog because I can out-jump Beans, so he probably looks up to me. Would I marry Beans? Sure. I’m probably gay but also we’re both dogs, so who cares? 9/10 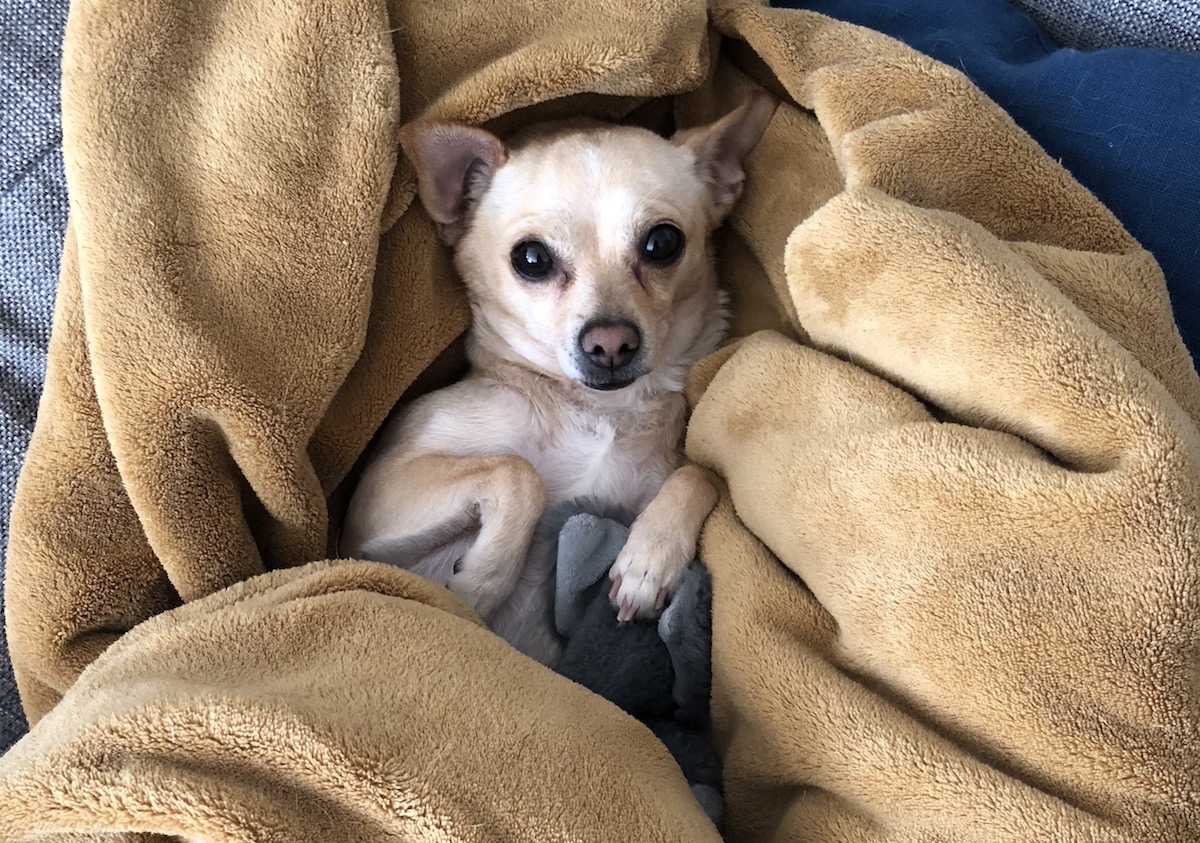 The only perfect 10! If you had a dog like this why would you ever want to be around any other animals???

Carol has written 3 articles for us.