A few people on formspring have asked me to list my all time favorite concerts, but I’ve decided I’m only gonna show you mine if you show me yours. I’m calling an OPEN THREAD.

I have a live music addiction. I’ve seen hundreds of concerts by all kinds of bands and artists, from Lady Gaga to Guns ‘N Roses, Tool to Tegan & Sara, Muse to Missy Higgins, Britney Spears to Sufjan Stevens, Rammstein to Robbie Williams, and the Deftones to Hilary Duff. I’ve seen artists like Kaki King, P!nk, Holly Miranda, Uh Huh Her and Green Day more times than I’ve seen my own mother, which is why I owe my first son to Visa and also don’t have any friends.

Most of my ‘top 5’ are from the last two years, which is more likely a reflection of my barely existent long-term memory and not the quality of performances witnessed prior to 2007. 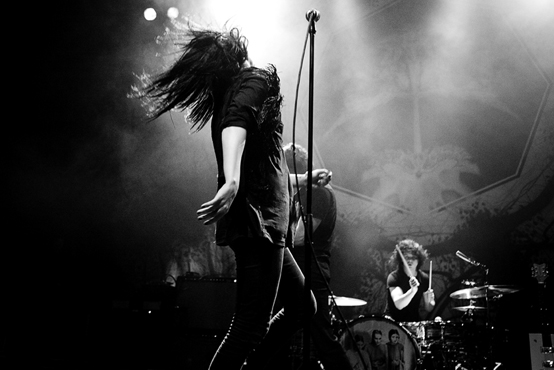 This was the evening I fell head over heels for Alison Mosshart. Spending most of the night behind his drum kit, Jack White allowed Mosshart the spotlight all to herself. She prowled around the stage like a tiger, jumping up on the monitors and working the crowd with rockstar confidence and deadly charisma that I had no idea she possessed. The entire performance was gritty and unpredicable and damn thrilling. 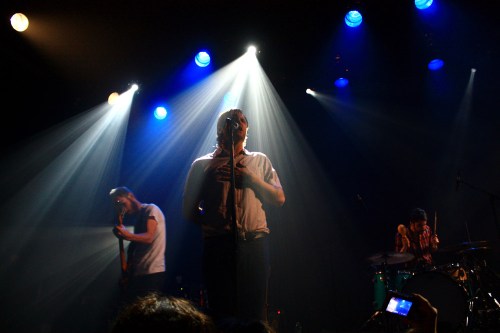 The Cold War Kids didn’t bring any production to the Enmore Theatre, just their instruments and just enough lighting to aluminate the small space they occupied on the huge stage. They didn’t need to. As they delivered beautiful, slightly macabre narratives about characters so real they haunt, it was everything Autostraddle contributor Stef Mitchell had promised – understated, captivating and electric. Every second of their set shook me to the bone.

Highlight: The encore included “Saint John”, a jaunting piece about a man on death row, possibly the most intense performance of a song I’ve witnessed. Frontman Nathan Willett looked possessed. 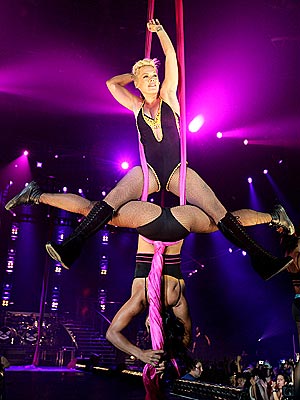 In my mind, P!nk‘s I’m Not Dead tour raised the bar for stadium pop. Comparatively it made performances by seasoned stars like Britney Spears and Lady Gaga look like high school productions, and because of that I haven’t enjoyed a pop concert by any other artist since. While the more recent Funhouse tour superseded I’m Not Dead in terms of pure spectacle, this one was the game changer.

Highlight: The smokin’ hot performance of “Fingers”, complete with net acrobatics. As P!nk hung unharnessed, metres in the air, the saucer-eyed pop star beside me turned and said, “should I just quit now?” 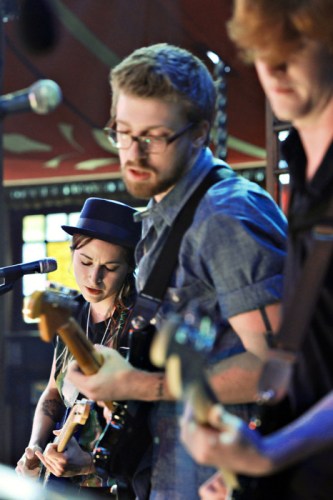 I scrambled to buy the last single ticket for Holly Miranda‘s final, sold out show at the Sydney Festival, even though it was my birthday and I’d already seen her perform just two nights prior. I was befriended by some sweet, slightly more mature ladies in the front row who asked me awk questions about this show called The L Word and made me choke on my vodka.

I’ve already written about my appreciation for Holly Miranda’s music, some may say ad nauseum. So I will just tell you that Holly and her band – Timmy, Will and David – absolutely slayed the Famous Spiegeltent, and it was the second greatest musical performance I’ve seen.

Highlight: It’s a tie between a heart wrenching cover of Yoko Ono’s “Nobody Sees Me Like You Do”, and Holly telling a blow job joke to the slightly reserved Sydney Festival crowd. 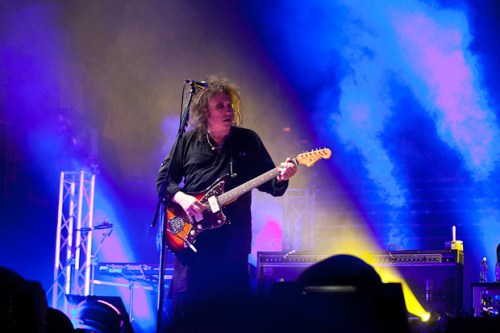 As part of this year’s Vivid Festival, The Cure did a concert at the Sydney Opera House where they played their first 3 albums: Three Imaginary Boys [1979], Seventeen Seconds [1980] and Faith [1981], plus a few B-sides and hits. I traded my kidney for a seat in the cheapest section but it was worth it – the show was mind-blowing, all 4 hours. Robert Smith still has it.

Highlight: They finished up the show with the “The Lovecats”. omg.