Maybe it’s not a particularly sexy story, but it’s an important one. On Friday, Obama’s administration officially extended Medicaid protections to gay and lesbian couples. Years from now, healthcare and the full citizenship rights of gay people will be what this presidential administration is remembered for, and this is the intersection of the two. A letter to state Medicaid agencies outlines the new guidelines: “The letter, in effect, encourages states to recognize the spouses of gay men and lesbians, even though federal agencies are banned from recognizing such unions under the Defense of Marriage Act (DOMA).”  The letter doesn’t require state Medicaid agencies to necessarily act differently, but certainly encourages them to do so – and while there are still plenty of restrictions in place as a result of DOMA, that could change soon. The letter also encourages state agencies to treat gay couples equally in other areas, like estate recovery and transfer of assets. 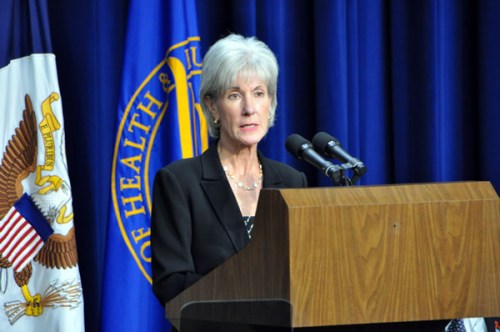 No one can deny that there are still huge obstacles in place, legal and otherwise, for queer families today. But people in positions of authority are finally working to change that – and when change is slow, working to provide options and increase freedoms and protections for gay people within and around the laws we already have. Obama’s administration has been responsible for quite a few changes recently that are aimed at improving the quality of life for gay people even as the repeal of the biggest issues like DOMA and DADT has been ongoing, and this is one of the more notable. Hopefully it will mean a real difference in the lives of those people who need it most.

While Born This Way was playing at probably every Pride Parade in the world this weekend, the real Lady Gaga was only playing at one, in Rome, with this kind of amazing acoustic version.

Tina Fey’s response to Tracy Morgan’s homophobic comments is pretty on point, even if it does sound indistinguishable from Liz Lemon’s comments on Tracy Jordan. “The violent imagery of Tracy’s rant was disturbing to me at a time when homophobic hate crimes continue to be a life-threatening issue for the GLBT Community. It also doesn’t line up with the Tracy Morgan I know, who is not a hateful man and is generally much too sleepy and self-centered to ever hurt another person. I hope for his sake that Tracy’s apology will be accepted as sincere by his gay and lesbian co-workers at 30 Rock, without whom Tracy would not have lines to say, clothes to wear, sets to stand on, scene partners to act with, or a printed-out paycheck from accounting to put in his pocket.”

The last few elections have seen more gay candidates elected to local and national positions than ever before, and he Gay and Lesbian Victory Fund wants to keep that ball rolling. They’re hosting a “boot camp” for gay political candidates that will help them get elected and get into office.

Chloe Sevigny has some sort of supercalifragilisticexpialidocious runway show!

This video was made by Prop 8 lawyers Ted Olson and David Boies, and also features the words of Mildred Loving, of Loving v. Virginia. All in all, some pretty big-hitting names in marriage equality of all types, and also pretty moving!

Good news for trans veterans – the Veterans Health Administration has finally established a standardized policy on treating trans veterans. “This Veterans Health Administration (VHA) Directive establishes policy regarding the respectful delivery of health care to transgender and intersex Veterans who are enrolled in the Department of Veterans Affairs (VA) health care system or are otherwise eligible for VA care.”

There will be a sixth season of The Wire. REJOICE.

If you haven’t seen this already, well, you’re in for a treat.

ME AT NINE, PERFORMING TO MADONNA IN SUMMER ’91! from Robert Jeffrey on Vimeo.