You asked and answered and commented and argued and expressed and emoted, and we listened! Here’s some Q&A from our ‘Ask a Geek’ segment in which everyone got pretty hot and bothered about Spiderman and Batman, you guys had some weird computer malfunctions that I hope are resolved by now and everybody loves webcomics, apparently! Let’s get started! 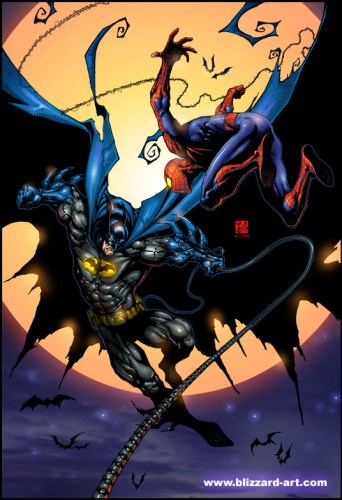 Okay guys, this is clearly a hot-button issue. Here goes.

+ Superpowers: One day unsuspecting science geek Peter Parker got bit by a radioactive spider in a fortunate/unfortunate turn of events. Afterward he’s got all kinds of powers, depending on who’s writing. Most people can agree that he’s got super strength, agility like whoa, some kind of healing factor (a la Wolverine), and the ability to be generally a kinda sticky dude who can climb all around, upside-down, you name it! Also he’s a nerd and invents stuff, naturally.

Also, he’s got a unfortunately named power called the “Spidey-Sense.” This is akin to gaydar, insofar as I understand it. Spiderman feels a “tingling sensation” when danger or queers are nearby. This is such an ambiguously explained superpower that Spiderman can probably check the DOW with it. Who knows. Cool, then, I guess. I’m sure the Spidey-Sense is super useful when Peter wants to get his twink on.

– Secret Identity: Poor Peter, he’s just a lowly photog for the Daily Bugle who repeatedly gets shit on by his editor. Often for being conspicuously late and still being partially draped in webbed costume parts. So maybe that’s understandable. 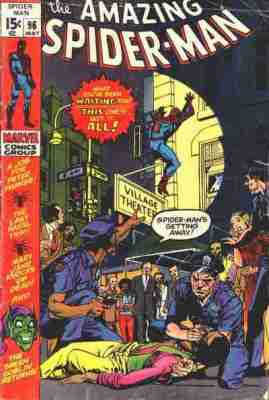 – Gadgets: An important factor in the Spiderman vs. Batman showdown is the fact that Spidey’s webs are not actually a superpower. They’re a gadget he made, because he’s a nerd! They fit around the underside of his wrist and he presses down a button with his two middle fingers and voila! Webbing! This is pretty invaluable as far as Spiderman’s assets go. He uses his web-shooters to swing around town, cocoonify bad guys and leave them for the cops and for most essential Spidermanly things. Also, take this into consideration when you accuse Batman of being a cheat.

– Attitude: Spiderman is kind of a wise-ass kid. He’s the kind of hero that never fails to issue a horrible pun unto whoever is getting their ass kicked at the time.

– Villians: The Green Goblin, the Hobgoblin, Doctor Octopus, Venom, Carnage, Kingpin, Lizard and many more. Like I said Venom and Carnage are two of my faves across all comics, and Carnage the bloodthirsty sociopath wins hands down for being the most f*cked. I imagine that’s why you didn’t see him all that much. I still have this panel where he kills him grandma by pushing her down some stairs emblazoned in my memory. Who let me read that shit?! 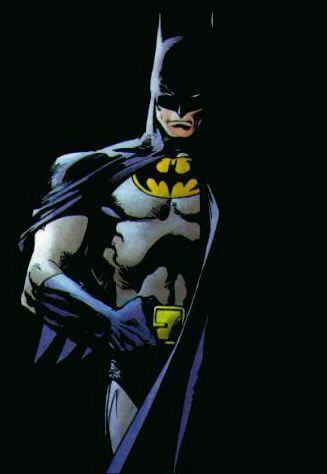 + Requisite Personal Tragedy: As a kid, wee Batman watched his parents get murdered by a mugger. Uh, top that.

+ Gadgets: You name it. He’s got a utility belt full of smoke bombs, magic, snacks, little bat thingers he throws like sharp boomerangs, seriously everything. But no guns, because he is a man of principle (and impracticality). And he’s got the Batmobile, the pimpest ride ever of course. And the Bat Cave, the pimpest garage ever.

+ Costume: While Batman’s costume’s been through many iterations, happily we now seem to be veering away from the blue and grayish Bat Costume era and toward sexy black on black numbers.

+ Villains: The Scarecrow, the Joker, Catwoman, Harley Quinn, the Riddler, Mr. Freeze, Poison Ivy, Two-Face, etc. This line up of villains is totally amazing, if you ask me. The Scarecrow is one of my all time fave villains, because making people hallucinate terrible things is the scariest thing I can image off the top of my head. So many classics here, like Catwoman, the Joker and the Riddler. I feel like Batman’s foes are all really unique and more cleverly conceived than Spiderman’s for the most part.

Yes, my personal bias runs absolutely rampant here. But it looks like Batman wins, based on these arbitrary criteria. I guess I was judging general superhero badassness. But if Spiderman and Batman were to get in a (really gay) fight I’d still have my money on Batman.

Batman’s obsessive personality is a key asset here (being a troubled misanthrope will do that to a guy). He’d probably stalk the shit out of Peter Parker, eventually driving him insane or to New Jersey. And I’m just not sure how successful a defense a restraining order is. 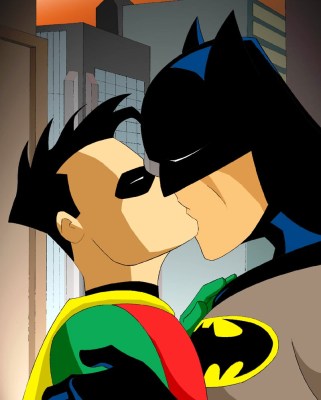 + Why Vashti, how funny of you to ask! Technostraddle has a mega webcomix list-to-top-all-or-most-lists comin’ at cha in no time. So if you’d like to make sure your fave comic makes it on there, email me! 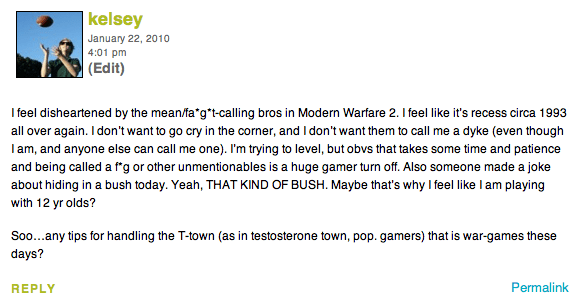 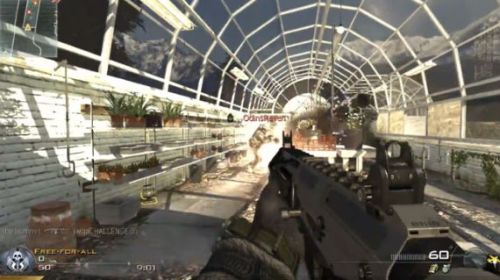 + Dear Kelsey. Here are some tips!

1. Don’t use the mic. Mute all assholes. Play jazz instead! So relaxing, right?

2. One up them. And by this I mean funnel your equality-rage (queer superpower) into being a crazy ass mofo on the mic! Here you should pull out all the stops. Incant strange, unsettling proverbs. Pass off the mic to the drunkest or most irritating person you have at your disposal. Preach the apocalypse. Meow like there’s no tomorrow. Be creative and employ booze as needed!

3. That bush joke is funny. 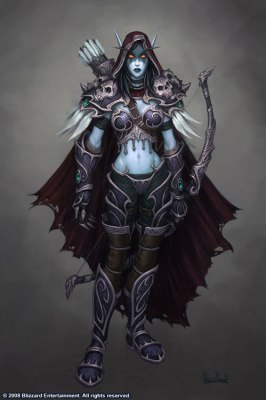 + Why, what a great World of Warcraft inspired question, Christina!

This is a prototypical girl next door vs. girl from the wrong side of the tracks dilemma! And by dilemma I mean, um, hello girl from the wrong side of the tracks. My pick would definitely be Sylvanas. We’d have to get it on at my place though, because the Undercity kind of grosses me out. Sylavanas is undead, yeah, but she’s an amazing archer and military commander to boot! I’ll turn a blind eye to her sketchier endeavors to make a plague to wipe out mankind.

And Jaina is cool and all but on top of being a little vanilla, Thrall and Arthas are the last two guys I’d want to compete with for anyone’s affections.

I know I’ve only answered a tiny handful of the questions you guys wrote in with, but the good news is that there’s more Q & A to come! And if you ever have an absolutely burning question, you can always email me!

And that brings us to the new Technostraddle open thread wherein we expect you to absolutely hemorrhage thoughts and feelings! This one’s a little selfish, because honestly I just want to know what you have to say. I have an iPhone and I’ve been pretty lazy about putting apps on it, especially since they handed me a new one over the counter, no questions asked, after my other one went kaput. That whole process felt very sketchy and illegal. It was exhilarating, really. But now I am almost app-less. 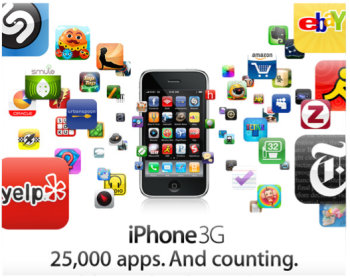 What are your favorite apps? If you could name 5 you couldn’t live without, what would they be? What kind of game apps do you play? What about music? Why do you like them? Appstravaganza!