Domestic violence in same-sex households is commonly unreported and misunderstood in the United States. Ongoing reporting by The Columbus Dispatch brings to light flaws in Ohio laws pertaining to domestic violence, especially as experienced by James DeHaven and Veronica Shields. They were both unable to obtain temporary protection orders against their same-sex live-in partners under Ohio Judge Paul Spurgeon. The Columbus Dispatch explains:

He told the judge that his relationship with his boyfriend should qualify under the “person living as a spouse” section of Ohio’s domestic-violence law, making him eligible for a protection order. The judge wasn’t so sure.

A June 2011 study by the Center for American Progress finds this type of discrimination and lack of protection is “due to the lack of legal recognition of same-sex relationships, law enforcement’s failure to identity and properly handle domestic violence cases involving people of the same sex, and the shortage of resources available to victims of same-sex partner domestic abuse” and argues this is a serious public health concern. At the very least, it’s a serious personal safety concern for anyone who can’t expect legal aid and support in a domestic violence situation. But like so many other gaps in care and support for LGBT people, the fact that our relationships don’t merit full recognition means that we’re left to navigate them, and their potential dangers, on our own.

The fact that under Ohio’s domestic violence law, one must qualify as a “person living with a spouse” to get a protection order in the first place says volumes about whose safety the law is willing to take responsibility for. James DeHaven told the judge that his boyfriend shoved him so hard he fell to the ground, and then threw an electric fan at his chest. Does the state only recognize that that as a reprehensible act of violence if they also have a recognized marriage? Legal precedent for the law dictates that the “person with a spouse” clause is intended to “provide protection to people who are cohabiting.” Would a straight couple who lived together but were unmarried have received the same treatment from Judge Spurgeon? A 1991 case found that the cohabitation clause applied regardless of gender, but Spurgeon referred to Ohio’s marriage amendment, which states that same-sex couples cannot receive “marriage benefits.” Is protection from domestic violence a “marriage benefit?” Spurgeon said only that “My determination was consistent with the beliefs of my community.” 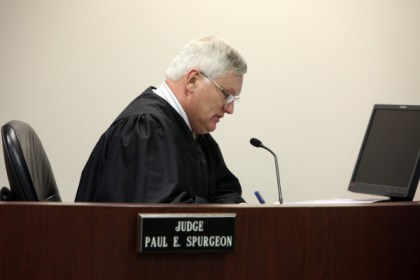 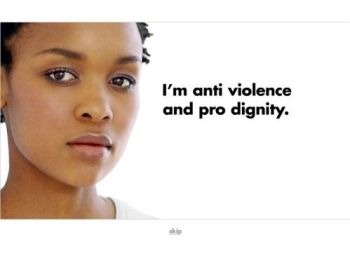 Messaging by The Anti-Violence Project

Such a poor understanding of the reality of domestic abuse in the LGBTQ community is troubling enough, but to have this exacerbated by homophobic courtrooms such as these cases in an Ohio courtroom is incredibly worrying.  Groups such as The Anti-Violence Project, founded in 1980, are working to provide counseling and advocacy support services to the LGBTQ and HIV-affected community to end all forms of violence through organizing and education.

How do you feel about efforts to combat domestic violence between same sex partners being intertwined with the fight for same sex marriage equality? How can both the anti-violence and LGBTQ community best respond to the dismissals of cases of same sex violence such as those reported in Ohio?