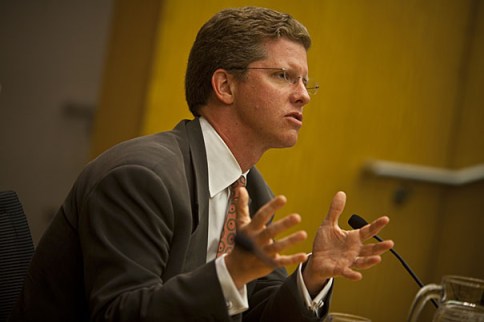 Barack Obama didn’t directly bring up the advances he’s tried to make for queer equality in his State of the Union address. Far from calling for marriage equality, as some hoped he would, Obama only used the word “gay” in referring to the diversity of the armed forces; he didn’t even say “Don’t Ask Don’t Tell” out loud. But while he may not have been willing to advertise it to all of America’s voting public, this week Obama is making a new federal rule regarding housing discrimination for the LGBT population that’s actually a huge deal.

Shaun Donovan, the Secretary of Housing and Urban Development, just attended the National Conference on LGBT Equality in Baltimore on Saturday. While there, he made the announcement that HUD would be specifically increasing protections for LGBT people in terms of housing. Especially for trans people, housing discrimination can be one of the biggest day-to-day problems facing the community, and like many other problems, is often compounded when an individual is poor, of color, or both. In 2011, the National Center for Transgender Equality reported that:

Populations that don’t have the resources for stable housing often rely upon assistance from the department of Housing and Urban Development, but queer and trans people have historically had trouble accessing their help. Before this week, the best they could expect in terms of recourse was the opportunity to file a complaint if they felt they had experienced discrimination. But the newly unveiled Equal Access to Housing Rule clarifies that queer and trans people are owed much more than just being told to fill out some paperwork. The rule calls out and addresses several of the ways in which queer and trans people often experience discrimination, including:

* Prohibiting owners and operators of HUD-assisted or HUD-insured housing from discriminating against an applicant or occupant of a residence based on sexual orientation or gender identity;

* Clarifying the definition of “family” to ensure that otherwise eligible participants in any HUD programs will not be excluded based on marital status, sexual orientation or gender identity.

The Equal Access to Housing Rule says that owners of HUD-supported housing aren’t allowed to ask applicants about their sexual orientation or gender identity, makes explicitly clear that LGBT families are eligible for HUD public housing, and forbids mortgage lenders from taking sexual orientation or gender identity into account when making lending decisions.

In a time where many families are barely afloat financially, foreclosures and credit crises have made public housing a more urgent problem than ever. And as in any kind of national crisis, the people who suffer most are those who were already marginalized — like queers, like trans people, like people of color. When the shit hits the fan for everyone, we are the ones who already didn’t have what we needed, and as such need protection and support more than ever. While it seems likely that there are still public housing operators who will refuse access to queer and trans families, and while it seems inevitable that there are still queer and trans people who will desperately need help and not be able to get it, this move could also help people who need a place to live more than anything — life in shelters is notoriously inhospitable to visibly queer and trans people, and sometimes not even an option, especially if the shelter is religiously affiliated. And it’s also a signal that Obama’s administration is aware of the most pressing day-to-day challenges that the LGBT community faces, rather than paying lip service to more politically expedient issues in public. As Donovan said at the conference on Saturday, “Each of us here knows that rights most folks take for granted are routinely violated against LGBT people.” Ultimately, every step that takes us towards being able to count on the rights that most people take for granted is a good one.