Critics keep calling Monarch, Fox’s new country music series starring Susan Sarandon, “Empire meets Nashville meets Succession.” When ACTUALLY it’s Empire meets Nashville meets season one of Riverdale. It’s an important distinction because while the series does follow the very rich First Family of country music as they grapple with their Texas-sized aspirations for success and a lasting legacy, it’s not boring. In fact, it is absolutely (gloriously, wholly, delightfully) unhinged. The pilot is bookended by multiple deaths, driven along by flashbacks of Sarandon’s Dottie Cantrell Roman — the First Lady of country music — setting an entire barn on fire to presumably murder her personal archenemy, and involves a main character shooting some unknown person in the woods in the middle of the night and then burying them by the light of the moon and the headlights of a vintage Ford pickup truck.

If Cheryl Blossom had a southern accent, she could easily be the Roman family’s long lost fourth child. Luckily for us, the Romans already have a lesbian daughter, and she is played by Beth Ditto, with a wry smile and the voice of an angel. 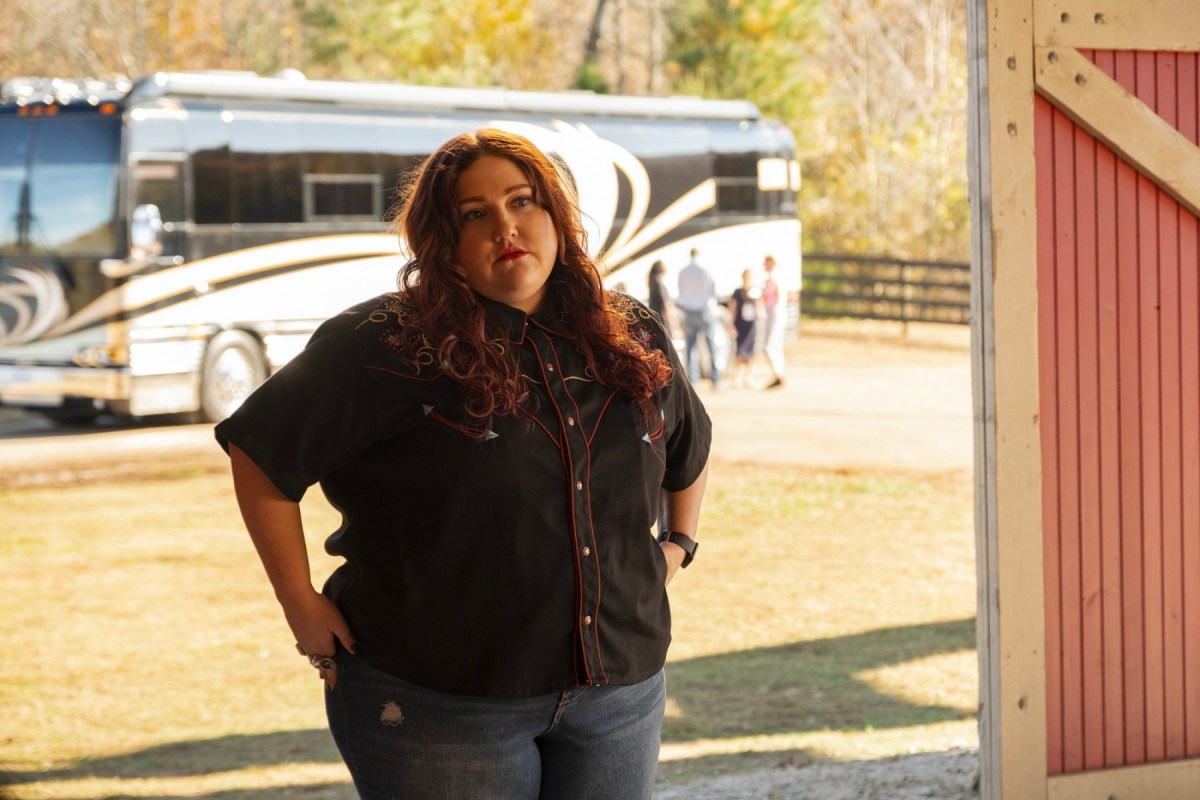 In this fictional world of country music, the Romans have been dominating the industry for four decades. In fact, they’re the ones who wrote and recorded such platinum hits as “Friends in Low Places” and “How Do I Live,” not Garth Brooks or LeAnn Rimes. (Unlike Empire and Nashville, the series doesn’t have much in the way of original music; we simply have to adjust our imaginations to believe the Romans recorded all The Hits of our universe.) The matriarch of the Roman family is Sarandon’s Dottie, and the patriarch is her husband, Albie, played by real life country music legend Trace Adkins, who mostly just growls and withholds affection from his son and loads guns while sitting on his truck’s tailgate. Dottie chose her daughter, Nicolette, to be the heir of the Roman legacy (this honor comes with a diamond-studded cowboy hat, obviously) — but, despite her best efforts, Nicky has not been able to break out of the long shadow her parents cast. The only Roman son, Luke, is the head of their record label. He doesn’t sing, but he does go fishing on glaciers on company time, hitching rides on the family’s personal aircraft.

And that leaves Ditto’s Gigi. She’s a married lesbian with kids and a full-time job that’s not in the industry. She’s never had her mother’s approval or support, and she also loves her sister more than anything in the world. And that’s why she’s never tried to make it as a singer. Apparently, in fact, her family’s never even really heard her hum a tune. Because when she walks on stage to provide backup and harmony to Nicky at the family’s annual MUSICALE, she knocks the cowboy boots off everybody in the crowd. She’s got pipes for days! A stunning voice! She makes Nicky look like she’s doing karaoke at a dive bar! The family’s manager, who keeps shrugging off Nicky, catches Gigi after the show and says, “YOU ARE THE FUTURE OF COUNTRY MUSIC!” Gigi smiles so big at him when he says that. For starters, she’s never really had much in the way of praise. And also, she doesn’t know that while they’re talking, basically everyone else in her family is doing a murder. 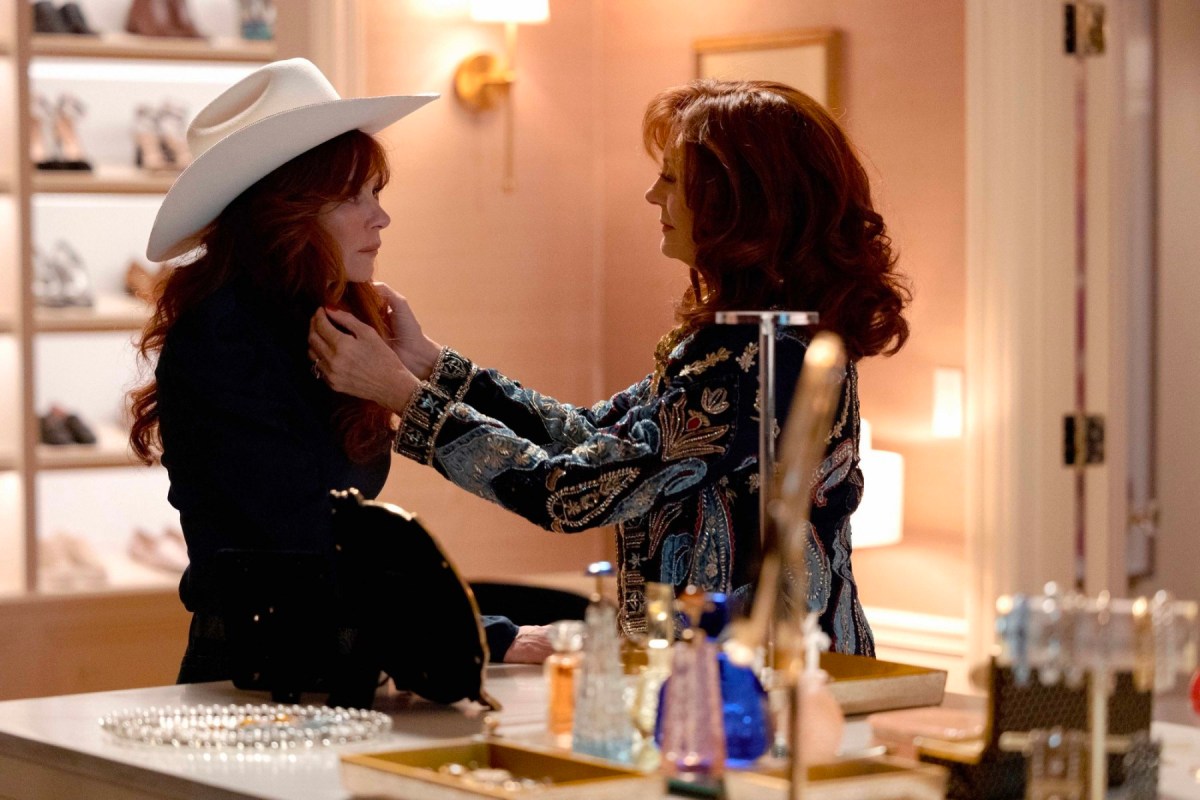 The pilot sets up a sibling rivalry between the two Roman sisters, and it also sets up a MESS between Gigi and Luke. I don’t want to spoil you, but I’ll just say Luke has gotten himself way too fucking involved in Gigi’s personal life and I hope he falls through a glacier and drowns.

Monarch is not some kind of prestige drama, despite the big names attached to it. It’s a flashy primetime soap that doesn’t make a lick of sense. And it knows that! And it leans into that! And that makes it deliciously watchable! There’s not much else I can say about the first episode without giving away major plots for the first season, but if you like lesbian characters caught in the middle of bananapants drama, bonkers murder mysteries, and songs about dirt roads, Monarch is calling your name.