I know a shocking amount about Peppa Pig for a person who has zero (0) children and has seen exactly one (1) full episode of Peppa Pig. She’s a cultural icon! I read a story one time about how this American kid with American parents spoke in a British accent for the entire American school year, so well his teacher thought his extended family was British, all because of how much he watched Peppa Pig! One time, I had some friends over — like completely grown-up adult friends — and we spent the entire night drinking beer and watching Peppa Pig clips on YouTube! I have heard more than once song, in public, from Peppa Pig’s album! Peppa’s even been a feud with Adele, if I am remembering my Twitter History correctly! And so I was, of course, delighted to hear that the two-decade-old series has finally added some lesbian moms to the alliterative kids crew. 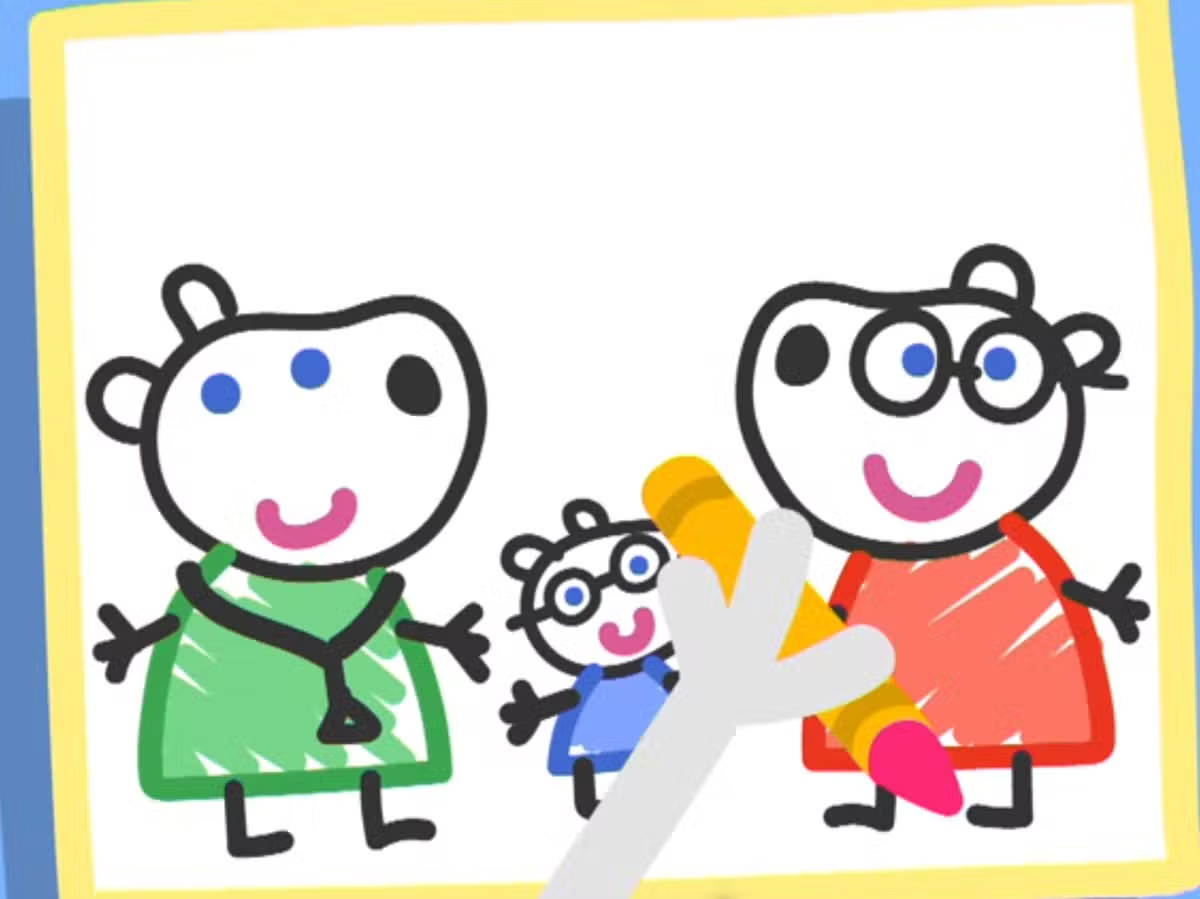 In a recent episode called “Families,” Peppa’s hanging out with her pals Danny Dog, Suzy Sheep, and Penny Polar Bear, drawing photos of their parents. Penny’s parents are two lady polar bears in dresses, and she explains to Peppa & Co.: “I live with my mummy and my other mummy. One mummy is a doctor and one mummy cooks spaghetti. I love spaghetti.” PENNY, I ALSO LOVE SPAGHETTI! It might not seem like much, in the grand scheme of super gay kids cartoons — like Steven Universe, She-Ra and the Princesses of Power, and The Owl House — on TV these days, but it’s actually a pretty big deal.

For one thing, most big deal gay cartoons are aimed at older kids, teens, and even adults. Disney Channel’s The Owl House is probably the gayest cartoon for younger audiences, but it’s still eyeing at that tweeny sweet spot occupied by things like High School Musical. Peppa Pig is four years old and serving up giggles to pre-schoolers and young elementary school kids. It’s a Nick Jr. show here in the United States. In fact, I think it’s the first Nick Jr. show to have LGBTQ+ characters. (Disney Jr. only has two, total.) 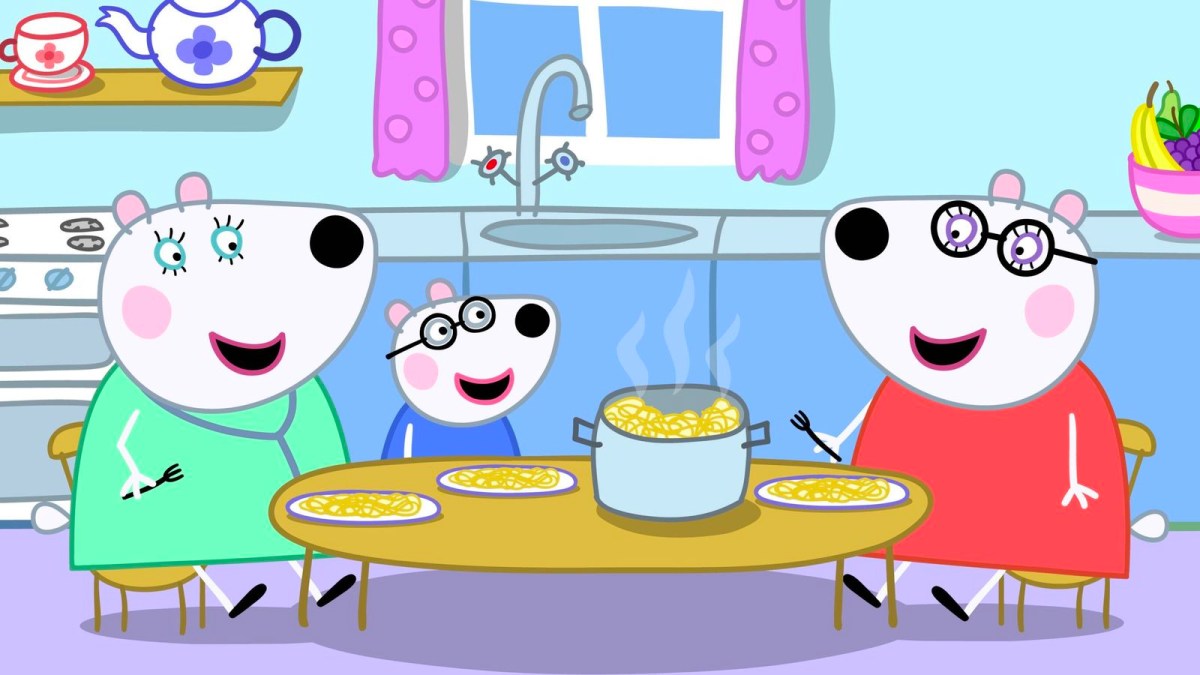 For another thing, cartoons that don’t debut a queer character in the first few seasons almost never debut a queer character. Peppa is on its seventh 52-episode season, and these lesbian polar bears didn’t arrive until after the 350th episode. (There’s been a Peppa petition circling the internet long enough to amass over 20,000 signatures.) Peppa’s also an international superstar; she’s broadcast in over 180 countries. And, finally, more often that not, queer characters in cartoons are confirmed by creators on social media, in interviews, or in companion materials, like comic books. Even just a few years ago, we’d have been guessing about these polar bears’ gender and asking about the showrunner about it on Twitter. Penny Polar Bear just drew and spelled it right out.

With Conservative politicians returning to their old school homophobia roots, and with LGBTQ+ kids, especially, becoming the targets of hateful legislation, it is so heartwarming to see such a beloved kids show make lesbian polar bears such a normal part of Peppa’s life. It still matters, very much.

Maybe one of those bears can teach this precious pig to whistle.