Over the last few years, sex toy companies have asked us to review their toys in exchange for, you know, their toys. Today we’re reviewing the Ora 3 by Lelo.

This originally led me to the Aer, which turned out to be the opposite of what I needed in every single way. That toy’s good if 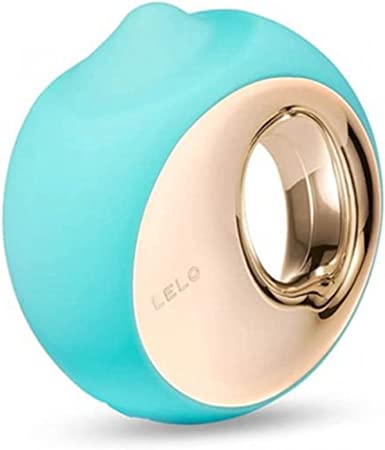 you have around 30 seconds to spare and feel like you might start humping a coffee table if you don’t get off ASAP — whereas I was wanting a vibrating toy that could get me there slowly, almost lazily, and if it happened to also have the capacity to work well on a deadline, even better.

The Ora 3 by Lelo is that toy.

With a rounded node that acts as a tongue roaming rhythmically under a layer of soft silicone, the Ora 3 is meant to mimic oral sex, if the mouth you were fucking could also vibrate. This is not a quiet toy, unfortunately, and because the vibration and movement patterns are simultaneous and all over the place, there’s no way in hell that someone within earshot will be able to mistake those mechanical sounds for anything other than a sex toy!

There are 12 motion settings — 10 movement patterns that include varying vibration patterns, and two that don’t — and the usual speed/ intensity settings you find on most vibrators. The tongue can go left to right, in a circle, up and down at an angle on either side, and in semi-circles. The default speed of these movements is similar to receiving extremely confident oral sex from someone who knows they’ll get you there eventually and isn’t in any hurry to make it happen. In other words, my personal dream.

Here’s how I used it:

Against My Bare Clit With Lubrication

Obviously, this slippery setup is the ideal way to use the toy. The silicone is super soft, and with the tongue positioned against the clit as directed, the vibrations also reached my labia, like a big vibey hug for my whole unit. I used just the tongue movement without a vibration pattern for the first orgasm and then shuffled through the other motion/ vibration settings for all the rest of them (and there were many). Since I wasn’t familiar with the order of patterns I was cycling through, each one was like a brand new one-night stand. This was especially true for the setting that can only be described as Chaos Mode, where I couldn’t discern a pattern to any of the movements or vibrations, which my girlfriend nicknamed the Straight Man setting, and I cannot argue with this assessment. However! Not to defend straight men because I would never, but this was when the toy best mimicked the kind of indulgent, time-eschewing oral sex that I was looking for, and it was a good buildup to the more discernible patterns, aka The Finishers. 10/10

Against My Underwear Without Lubrication

Truly, I can’t overstate how sensitive my clit can be — I can have a touch-free orgasm that only involves me pulsing my clit for a few minutes while I play with my tits, which, sure, is a neat party trick, but generally speaking it can be a bit much! — so sometimes it feels better to have a barrier between my clit and the friction. This method was less like oral sex and more like being furtively groped in a break room by a very goal-oriented fuckbuddy, which is to say: I loved it.

Of course this was going to be a winning situation, but when using this toy in a standing position, the real MVP is the handle. The Ora 3 has a grasp that makes switching patterns and intensities intuitive and simple.

Again, a no-brainer and my compliments to the chef.

The One Minute Challenge