The following review contains mild spoilers for Netflix’s End of the Road.

End of the Road is a 2022 thriller that premiered last weekend on Netflix. It stars Queen Latifah as Brenda, Ludacris (Chris Bridges) as Uncle Reggie, Mychala Lee as Kelly, and Shaun Dixon as Cam. The story follows the four of them as they drive from Los Angeles, California to Brenda and Reggie’s mother’s house in Houston, Texas. When my mom had us sit down to watch it from the beginning —she’d seen all but the last twenty minutes before she had an appointment— I expected something along the lines of any action movie where Denzel Washington has to save a kid (The Equalizer, John Q, etc). But what I got was something that reminds me that the Get Out chapter of horror is just beginning. 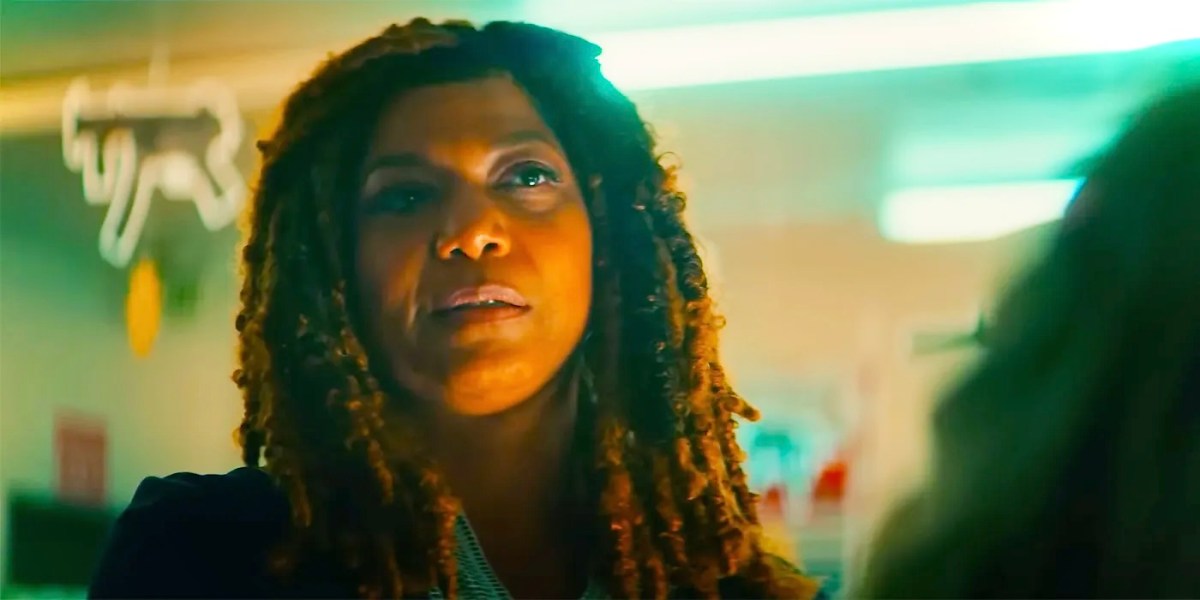 As we all know, Get Out is one of my favorite movies. Sitting in the theater with an all-Black (except for two older white people who, in a not well-thought out plan, sat in the middle of the theater) audience, where we all held our breaths at the same time not because of the gore — but because the anticipation of events that we all have experienced, but are encouraged to never think about lest it brings us to a complete stop. Where we all yelled at Chris because yes, we want to know what’s happening but his dumbass doesn’t need to stick around to find out. Lakeith Stanfield’s bloody nose and Lil Rel’s blue and red lights that had us all already complaining, lamenting that, “even if we survive the worst horror, here come the cops to make sure we don’t survive at all.”

In End of the Road, though Brenda and to an extent, Kelly, are robbed of a plethora of choices in the face of violence, of racism, they still have choices that allow them to move from super stuck to regular stuck. They find opportunities to fight back and they’re fighting back is not dependent on someone hearing them crying out. Fighting is not always the best choice, but to have that choice at all puts these characters miles ahead (ha) of Georgina, who had to depend on Chris maybe realizing what was going on before it was too late.

In one of the first scenes echoes the first episode of Lovecraft Country (full disclosure I could not finish this show for my own well-being), Atticus Freeman (Jonathan Majors), Leti Lewis (Jurnee Smollett), and George Freeman (Courtney B.Vance) are racing to get out of a sundown town before the white men — who know that rules especially don’t apply to them once the sun sets — catch them. This scene takes place in the 1950s, how could End of the Road almost perfectly mimic it?

None of End of the Road is none of this is set in the past. With iPhones, GPS — and especially a nod to Cam automatically turning on his phone to record his mom getting out of the car to talk to people, who could very well kill her and not be punished for it — you know that this is a movie that could’ve taken place last week, today, or tomorrow.

In Lovecraft Country, they are escaping sundown towns. In End of the Road, we know that there’s a need to remember those towns still exist and we need to act accordingly. End of the Road reminds us that racism is alive and well, but it gives Black women something that Get Out did not: agency.

Brenda is at the end of her rope (sounds like nearly every Black woman if we’re being honest). Her husband has recently died and she can no longer afford to keep her family housed in Los Angeles. She and her family are about to embark on a three day journey driving to Houston to stay with Brenda and Reggie’s mother. 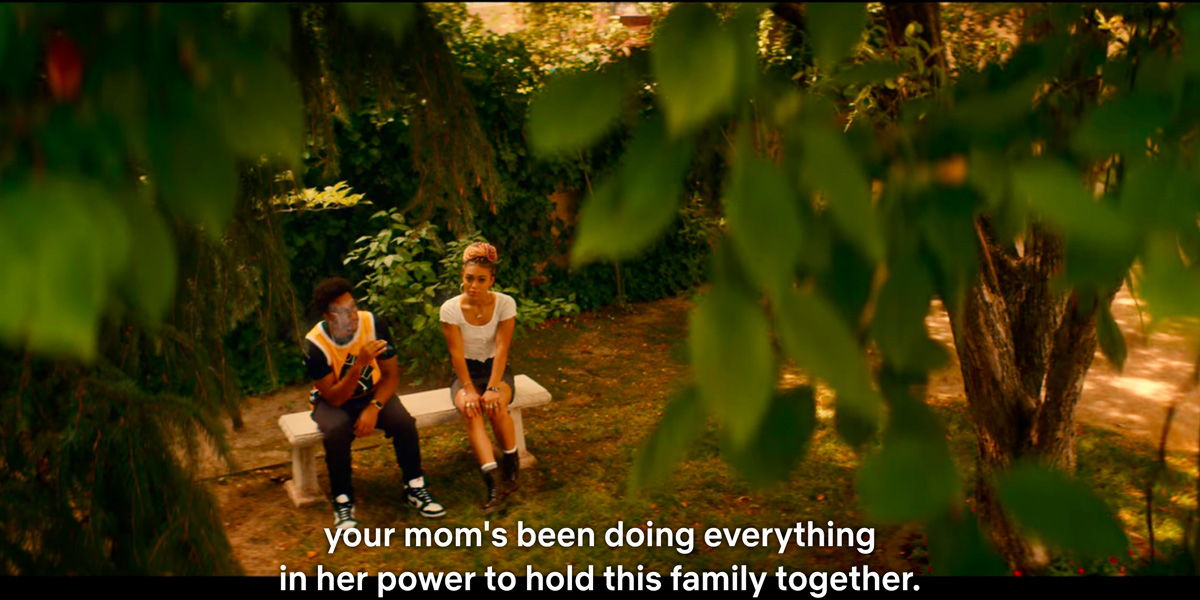 After having a lot of people claim that the American South needs to be left behind, it is important to note how in this movie the American South is the only place that holds hope for safety, that the Southwest is just as dangerous as any other part of the country simply because racism does not respect state lines.

One of the reasons we get not just one but four final black people is because in End of the Road, community is the heart of the story. In Get Out, though Georgina reaches for her people, though Andre reaches for his people, they do not succeed. Or rather, they reach and Chris is touched, but he is unable to grasp their hands in return. End of the Road could not have ended in the way it did if every family member did not play an irreplaceable part in protecting each other.

These protections don’t occur just in life or death moments but in regular ones, too. When Brenda gets back in the car after talking to the “good ol’ white boys”, Reggie doesn’t critique how Brenda handled the situation, Kelly immediately gets a route to Tucson so they have a possibly safe place to sleep for the night, Cam looks up motels for them to use once they get there.

The family are on the other side of the motel room when someone is murdered. Brenda runs to save the man but is unable to, Reggie finds money and as they start their trip again, a bunch of terrible events ensue. These include the aforementioned sundown towns, nazis and white supremacists, and of course the “smaller” racist acts: calling a grown Black man “boy,” spitting at Black peoples’ feet, trying to appeal to a Black person’s sympathies while crying knowing that you’d never consider the same if the roles were reversed. White people refusing to believe that Black people have humanity.

There are a couple of twists that had me yelling at the screen and I won’t spoil them for you because they were so much fun. All I’m gonna say is don’t trust the white people in this movie (Get Out messaging reigns again!). Which is literally everyone but Brenda, Reggie, Kelly, Cam and briefly, Jake. And that’s the whole point! As a Black person, it is literally a gamble to trust white people, even for a second. As End of the Road starts to move at a breakneck pace, you suddenly realize you’re watching a horror movie and you’re screaming at your screen as if that’ll save the people who look like you. As a queer Black person who obviously lives in an anti-Black, racist world, any movie that allows me to be the Chris of Get Out and imagine that I can save my loves as well? It’s gonna get at least four stars from me.

End of the Road is now streaming on Netflix.

A. has written 35 articles for us.