Hope For The Future 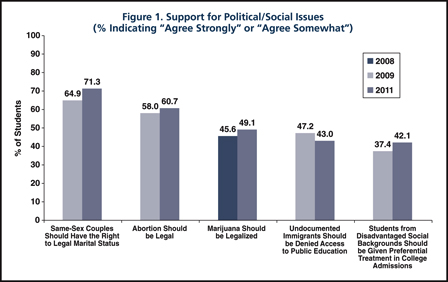 College Freshmen support gay marriage now more than ever. According to the 2011 CIRP Freshman Survey, 71.3 percent of college freshmen “agree strongly” or “agree somewhat” that gay couples should have the right to legal marital status. I’m not sure about these ‘agree somewhat’ people. Probably after four years in close quarters with homos they’ll change their minds and want to surrogate parent our babies. On a related note, freshmen support us way more than they support marijuana usage, and we all know how that turns out.

A Tale of Two Annas

It was the best of times in the lives of two lesbians, Anna Saraceno and Anna Vanderzee. They were planning to gay marry the shit out of each other when their State Representative, Peggy Welch, rained on their parade by voting in favor of a state ban on legally recognized domestic partnerships.

Instead of crying into their tofu scramble, they took action and turned their wedding video into a submission for the 2012 Bloomington Pride Film Festival’s Shoot-Out competition. They didn’t win, but there are lots of cute animals and a really sweet wedding toast in the video, so.

Two Annas, One Wedding from Anna S on Vimeo.

The Slope is Pretty Slippery After All

In a symbolic protest against gentrification Babylonia Aivaz has entered into what she calls a “gay marriage” with a building. How does one determine a building’s gender identity? Here’s a different kind of wedding video. It’s weird:

Also, how does that relationship even work? Who’s the top and who’s the bottom? I guess it depends what floor you’re on.

Here’s to You, Bishop Robinson

Cynthia Nixon is choosing to marry her girlfriend, Christine Marinoni, and they’ve chosen out gay Bishop Gene Robinson to officiate.

Also, the only thing I ever chose to do is acknowledge how awesome it is to be gay.

Tony Abbott is a MP in the Australian House of Representatives. He is against marriage equality Down Under and the Parents and Friends of Lesbians and Gays are trying to change his mind. There’s a lot of talk about the Coalition, frontbenchers and backbenchers. Perhaps one of you Aussies can explain what all that means in the comments.

Also, I would kill for an Outback Special right about now.

Queerty has named Newt Gingrich Douche of the Week because he said this:

It’s pretty simple: marriage is between a man and a woman. This is a historic doctrine driven deep into the Bible, both in the Old Testament and in the New Testament, and [the attack on it is] a perfect example of what I mean by the rise of paganism. The effort to create alternatives to marriage between a man and a woman are perfectly natural pagan behaviors, but they are a fundamental violation of our civilization. 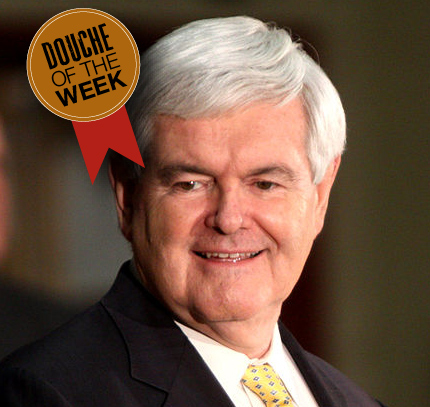 I’d Vote For Her

The Governor of Maryland, Martin O’Malley, has made same-sex marriage legislation a priority this year so clearly he’s in our corner. BUT he doesn’t like it when his wife calls gay marriage opponents “cowards,” which is what she did at Creating Change, the National Gay and Lesbian Task Force’s 24th annual Conference on LGBT Equality. I don’t know, dude, she seems pretty spot on with her assessment. 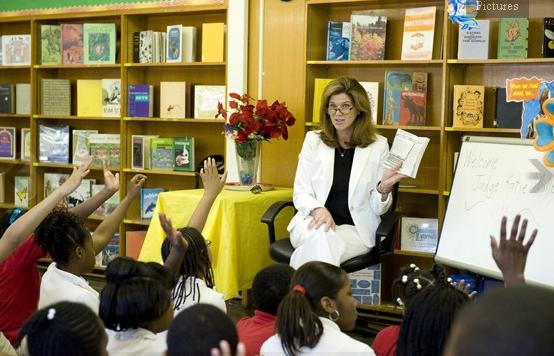 Also, she reads books to children!