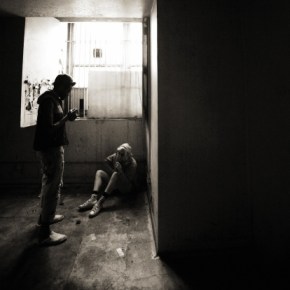 Maryland is a complicated and controversial place to be right now for queer and trans people. First, its same-sex marriage bill – which seemed like it had a solid chance of passing the House after winning the Senate and the governor’s support – was set aside in the hopes of a more favorable voting climate in the future.

Now the issue is HB 235, the bill that many had hoped would provide much-needed protections for trans people in terms of housing, employment, and credit. Will the bill actually deliver on its promise of defense against discrimination? Or, as several trans activists are saying, does its language leave gaping holes through which many vulnerable trans people could fall?

To understand the importance of HB-235, you have to consider the urgency of the housing and homelessness problems in the queer and (especially) trans communities. Homelessness is a major issue for queers throughout the US, especially for teens and young adults; for trans people of all ages, though, the problem is even more serious.

As the National Center for Transgender Equality reports from a recent study of trans people:

Bottom line, trans people face a greater risk of homelessness and/or housing discrimination than cis people. And what makes it worse is that homeless shelters often don’t present a viable option. As the National Center for Transgender Equality has found:

Transgender people have a very difficult time accessing homeless shelters that are safe for them. Nearly all homeless shelters in the United States are segregated by sex, and transgender people are often not allowed to be housed with the appropriate sex. If a shelter accepts transgender residents at all, often shelters require genital surgery before admitting them. Transgender women who are required to stay in men’s facilities report that they are sexually propositioned, verbally harassed, and sometimes assaulted. Even when people are allowed to be housed in the facility based on the gender with which they self-identify, some facilities need to increase the safety and privacy of the environment. For example, transgender men are sometimes housed in men’s shelters that do not have enough privacy in the showers and bathrooms (such as no curtains or stall doors). Another significant problem is that some shelters have strict sex-based dress codes. This problem is especially present in youth shelters, in which youth are often disciplined and ejected because of violating the dress code policies of the shelter.

The problem is that ‘public accommodation’ may not actually be included in the bill. As Michiko Ota points out, the bill’s language refers to housing and places of residence – residence being the key word, as shelters are places in which one definitively does not establish a residence, but instead stays for a temporary period of time without any bill of sale or rent.

Even more confusing and frustrating, EqualityMaryland has continued its support of the bill while many trans groups have withdrawn theirs, and seems to be insisting that the bill does in fact provide public accomodations protection to homeless trans people. At the same time, though, their representatives are speaking elsewhere acknowledging the bill’s shortcomings, and urging people to support it as a foot-in-the-door approach with the view that once legislation is in place,  language about public accommodations can be added in the future.

Owen Smith is transgender, a Maryland resident and a field organizer for Equality Maryland. He told Baltimore OUTloud:

“With one in five transgender people getting fired from their job and 12 percent being homeless, we cannot allow another year to go by without protecting the most critically affected people.”

“Smith stated that he, too, had been fired from his job because he is transgender and had been homeless. Smith, whose position has been under attack by those favoring a comprehensive bill, believes the public accommodations provision would be worked on as soon as the legislative session is over either with a “patchwork” effort in the counties or in a more comprehensive bill for next year.”

Regardless of how one feels about ‘incremental approaches,’ it has to be monumentally frustrating and insulting for the trans community of Maryland to be offered legislation meant to protect them that clearly doesn’t address or understand the most urgent needs of the community — especially after years of being strategically omitted from other non-discrimination bills and promised inclusion later, as part of an ‘incremental approach.’

Our political system is such that marginalized groups are rarely involved in actually developing the laws that are meant to help them, and without the voices of the people on the ground, legislation can become so far removed from lived reality as to be useless.

This problem — that we compromise such a small percentage of legislative and governmental office-holders and a fairly small percentage of the entire population as well  —  is a constant obstacle for our community to grapple with. We often turn to media advocacy and social action groups as a powerful tool for change, historically trans people have felt slighted, shafted or blatantly discriminated against by the LGBs who are supposed to be allies and often turn out to be anything but — intentionally or not.

What would an effective system looks like; one based on the needs and input of the people it’s meant to serve?

Owen Smith misunderstands the survey when he says that 12% of transgender Marylanders are homeless. Twelve percent reported having been homeless at one time. The survey used by Equality Maryland was based on an online questionnaire answered by 132 Marylanders. That comes out to less than six people in each county.