You should know, right now, that I’m a liar.

No Filter and Other Lies, the second novel by Crystal Maldonado (Fat Chance, Charlie Vega) opens with a very simply stated truth — Kat Sanchez, our protagonist, is a liar. She mostly lies, she says, about the small stuff, like telling her best friends Luis, Marcus, and Hari that there will be food to entice them into a late-night photoshoot of the night sky.

See, Kat is a photographer, and she loves taking photos. She also loves posting to Instagram, but she doesn’t love the fact that she gets…well, no love on the platform. She follows a lot of influencers, who are all skinny, white, and getting thousands of likes, and can’t help but feel down on the fact that her photos — her art — aren’t making an impact on people. It’s a really fine needle to thread, making Kat seem social media obsessed without leaning into tired tropes about vapidity and vanity. For Kat, this is about reaching people, though of course because she is a teenager it is also rooted in a want for validation and love.

I may be an Old, but I also grew up obsessed with social media – cycling through a Xanga, MySpace, Facebook, Twitter, and Instagram phase all before the age of 20. And while I understand the ways that Instagram can be extremely toxic, it surprised me that Kat used it the way she did. She could be following other cool women of color! Other photographers! Other street style accounts! I definitely spend way too much time on social media, but one thing that has helped me not fixate on it is that the accounts I follow don’t make me feel bad about myself. Honestly, a quick scroll through who I follow shows a mix of my friends, earring makers I want to buy from, artists whose style I like, embroidery accounts, and a ton of queer or sober meme pages. Life is hard enough already, why turn Instagram into a bully that can taunt you every time you open it? 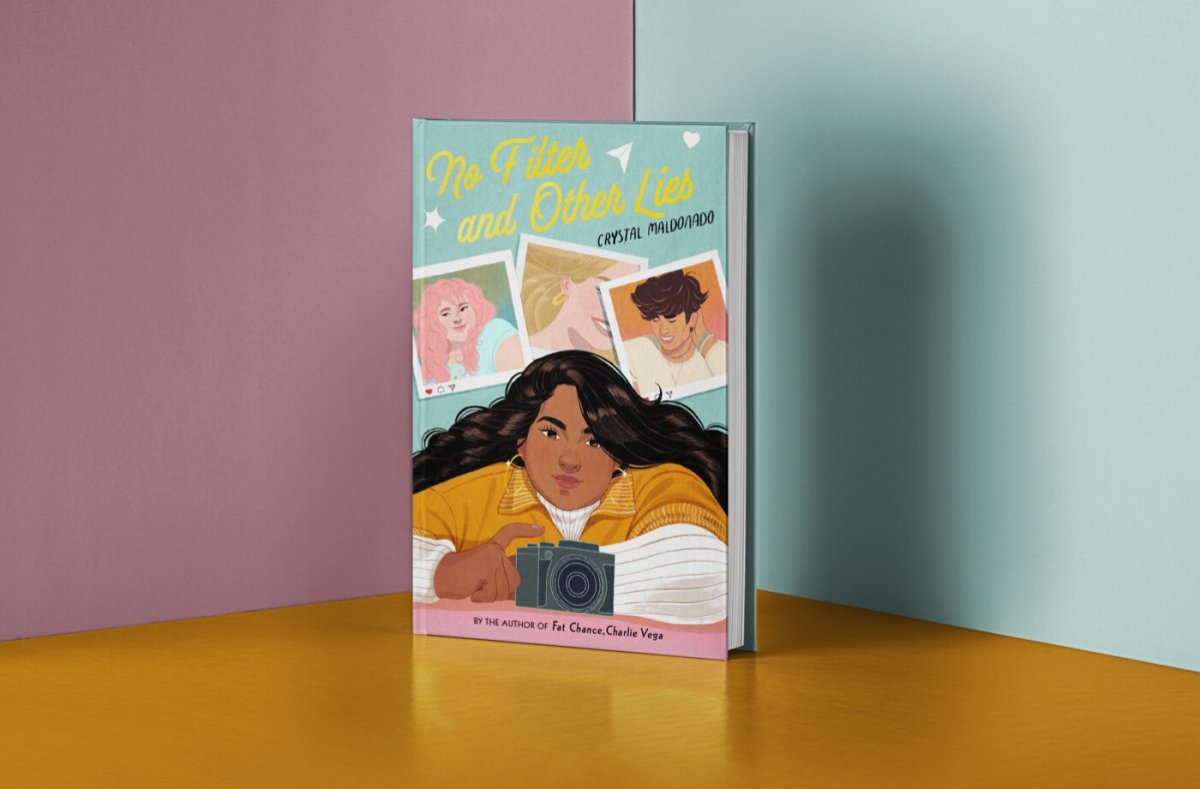 Especially because offline, Kat is already dealing with some pretty tricky relationships. Hari wants to take their friendship to a romantic level since the two of them have been hooking up in secret. And her family has asked her to keep an even bigger secret….

Kat adds another complication to her life when she decides to make an Instagram for a fake person named Max Monroe, using pictures she’s taken of her friend Becca. Kat wakes up the next morning to find followers and likes rolling in, and the lie continues to grow from there as Kat starts to open up on the account, sharing emotions from her own life through the filter (sorry, had to) of the character she’s created. When Kat begins to field DMs from a fat femme cutie named Elena on Max’s account, the two strike up a fast friendship, or is it something more?

Like keeping any big secret (not that I would know, for legal reasons I must say here that I’ve never lied once in my life), it’s only a matter of time before everything blows up. In a lot of novels — YA and non-YA alike — conflict happens and is wrapped up in a tidy little bow, completely resolved a few chapters later and almost forgotten in the world of the story. That’s not a dig, I love a totally happy ending as much as the next Hallmark-watching gay. But Kat does some serious damage to people’s trust in this book, and that’s not so easy to fix.

With a different protagonist, this could be an extremely tough read. Kat does some pretty foul things here. But Kat is also, luckily, extremely likable – and so are all her friends – so I still found myself rooting for her in a big way. She’s really just a kid, at the end of the day, trying to figure out who she wants to be, and not always nailing it. And that makes the book a really fun read, even if I’m not the target audience. I might be too old to relate to the exact problems of Kat and her friends anymore, but the feelings aren’t all that different from what I remember of high school; the concern about whether people like you enough, the thrill of getting to kiss someone for the first time, and feeling like your parents don’t understand you are pretty universal…and they don’t even go away once you’re an adult.

Honestly, my favorite thing about this novel is Maldonado’s willingness to leave its resolution a little complicated, because, in real life, not all endings are happy ones, and that’s a really cool lesson to have tucked into a YA book. So does it matter if I’ll never experience Instagram, BTS, or TikTok the way Kat and her pals do? Not really. It’s a cute book, with a cute queer romance centering a fat, biracial smart-ass — one I’d follow on Instagram in a heartbeat if I could.

Analyssa has written 36 articles for us.