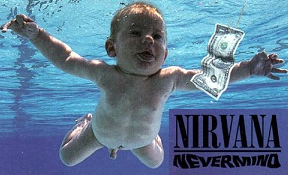 It is the 20th anniversary of Nevermind, the generationally unifying masterpiece that essentially redefined MTV and pop music, brushing aside pop mainstays like Whitney Houston and Michael Jackson in favor of the Seattle grunge/alternative rock era, dominated by Pearl Jam, Soundgarden, and Stone Temple Pilots.

Nirvana released just one follow-up album to Nevermind before Kurt Cobain committed suicide in 1994. I remember sitting in my parents’ kitchen reading the newspaper – my mind sufficiently blown. I LOVED Nirvana. Something inside me connected with Cobain’s hurling, pained lyrics in a very unique way.

The Daily Beast interviewed several women around my age to uncover why Cobain felt so accessible to girls like me, and discusses his lasting influence on women’s alt rock in Nirvana’s Secret Feminism:

“…The first human faces you see in the video for “Smells Like Teen Spirit” belong not to the band members, but to a group of heavily tattooed women dressed like anarchist cheerleaders, a swift but brutal rebuttal to all the images of acceptable femininity that your average suburban teenager lived with at the time. Forget the hair metal groupies or the bubbly beauty queen cheerleaders. For girls watching this video, it was a revelation: You could instead choose to be a badass. 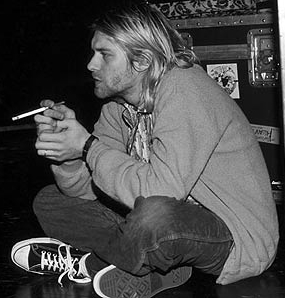 …For fans, Nirvana often proved a gateway drug to discovering music that had female musicians to go right along with the feminist sentiments. Tara cited Nirvana as the reason she fell hard for alternative rock, bringing her to Tori Amos, Liz Phair, Hole, and Babes in Toyland.

… A generation of women grew up clutching Nirvana records and moved on to clutch guitars—or otherwise see themselves as musicians instead of just fans—fulfilling the Northwest rock scene’s feminist vision, a vision that moved mainstream because of Nirvana’s popularity.”

…So much of the music made by men at the time that was popular was all about how women were basically just holes to fuck… Cobain “felt like a guy who viewed women as people.”

Did you know that riot grrl Kathleen Hanna inadvertently gave Kurt Cobain the title idea for “Smells Like Teen Spirit?”