Let’s get real guys. The Pretty Litte Liars Fashioncaps got out of control. Like really out of control. All of a sudden they were going on and on and on as I tried to address all of Spencer’s weird shirt/vest/dress combos. They were probably getting boring to read and also taking me forever to write. So here I am at a new season of my very favorite show and I’m setting some new ground rules (mostly for my own sanity).

1. Since Riese does such excellent/hilarious Glee recaps, my glee fashioncaps will be heavy on the fashion and light on the cap.
2. I will only cover clothing/shoes/accessories on gay characters or that I think are gay (the definition of gay is to be determined by me/a level of wishful thinking).
3. I will keep it short and simple.

If I don’t put up a link to something you totally love, I’ll bet you anything you can find it on the Fashion of Glee website. 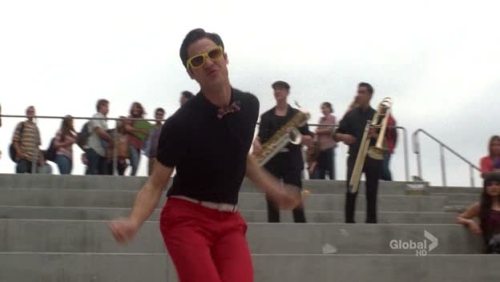 THERE ARE NO WORDS FOR HOW GAY THIS IS

Just in case you were worried that the bow tie’s appearance was a one time special engagement, the next time we seen Blaine– in the choir room– it’s Kurt’s turn to wear a bow tie. 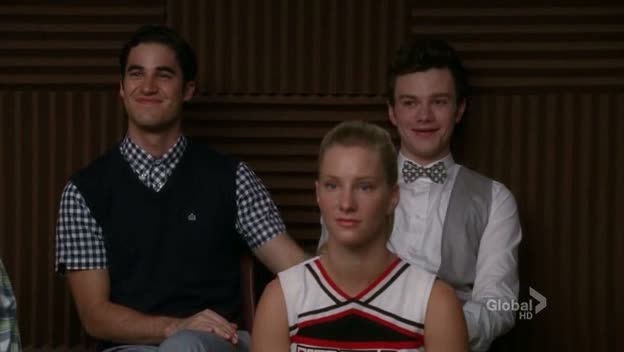 YAY BOW TIES. IT'S A THING!

Because this isn’t clear unless you look online, that’s ceramic bow tie. Yes, a bow tie made out of clay fired in a kiln, painted with high fire glossy glaze, re-kilned and attached to a piece of fabric. Yeah, that exists, Don’t worry, you can buy one for like $200 from ASOS. Also you can eat off of it I guess.

Don’t worry though, Blaine reclaims his bow tie later in the same scene when everything magically turns in to a big dance number in the auditorium. 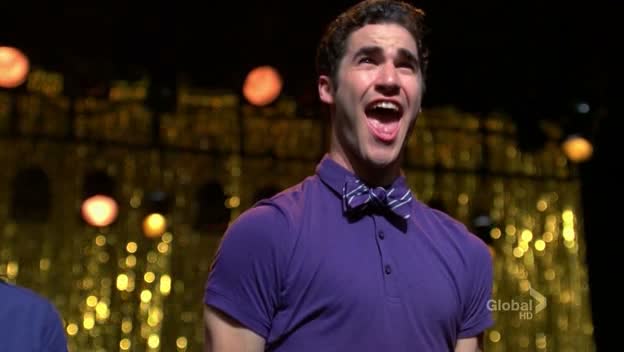 Is Glee sending us a message here? Yes. Outside of black tie events or high school band concerts bow ties are gay. Anyhoo, let’s move on to our favorite characters. 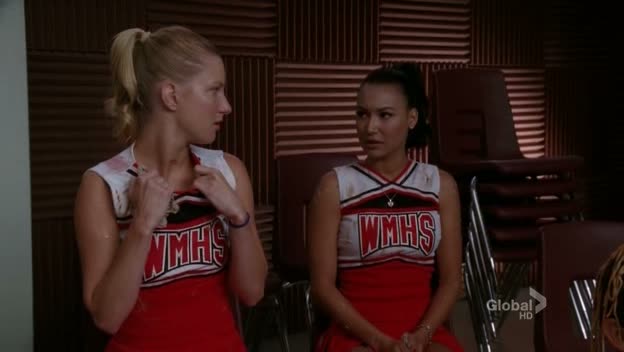 GLEE IS ABOUT TO GO ALL NIGHT

I was conflicted when I saw that Brittana was back in Cheerios uniforms. One the one hand, that really cuts in to “my lezzie characters wear this” material. On the other hand, it makes my Santana costume for Halloween really easy. 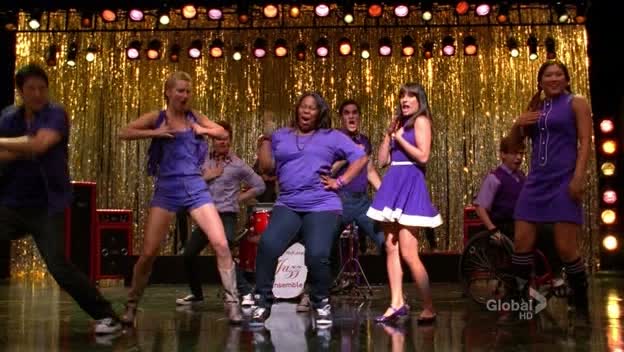 ALTHOUGH ALL IN PURPLE BRITTANY IS MY SECOND CHOICE COSTUME

The best part of the episode? Like a beacon of light shining down from the fashioncap heavens, Glee gave me a shiny, amazing gift. I can only compare this to the end of Annie when FDR shows up an announces to all the orphans that his New Deal is going to end the Great Depression. That’s right. 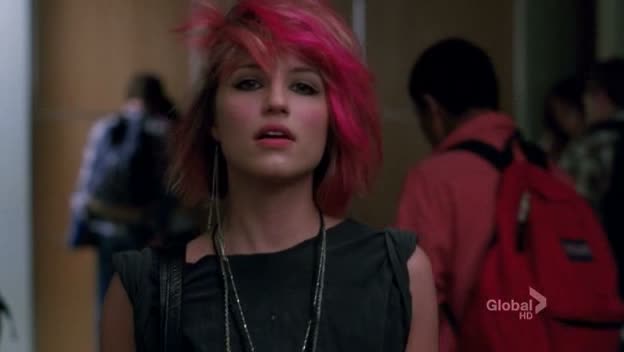 WE'RE GETTING A NEW QUINN FOR CHRISTMAS THIS YEAR

I’m so pleased we have Quinn’s new look to discuss until the joyful time when Santana inevitably quits the Cheerios and runs lovingly back to the arms of Brittany like the protagonist in a lesbian YA novel written by a straight middle aged married woman. Honestly, Quinn looks hot. Even if she’s supposed to be having some high school find-yourself-but-really-you-go-back-to-dressing-normal-in-a-month thing, it’s a nice change from every character wearing the same outfit all the time. Like how Mike Chang always wears a T-shirt with a button-up over it. Or how Artie has a collection of sweater vests so large and eclectic that the British Museum tried to steal them. To celebrate, I got a little gift for you. That’s right: Quinn’s shirt.

I know, it actually says “Hell is So Hot Right Now.” I love it here in Gleefashionland; let’s stay forever.