Last month lawyers Ted Olson and David Boies asked California’s Ninth Circuit Court of Appeals to lift the stay on marriage ceremonies that it instituted almost immediately after Judge Walker’s ruling decreed Proposition 8 unconstitutional and discriminatory. Today, the Ninth Circuit Court denied their request: the stay on same-sex marriages in California will remain in effect. When Olson and Boies first made this request, they pointed out that except for those lucky few who managed to squeeze an emergency wedding in during the short period of time where marriage was both legal and allowed to occur, many couples in California have been waiting years for their weddings, even after the official acknowledgement 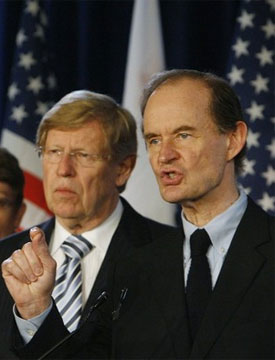 (both from Judge Walker in his court decision and from Obama’s verbal announcement that Section 3 of DOMA, the one that has the “between a man and a woman” wording, is unconstitutional) that the law preventing them is unfair and discriminatory. To all those people – many of whom have children, many of whom are losing thousands of dollars per year because they can’t be granted the same tax breaks as married heterosexual couples, many of whom have been waiting for this their whole lives – the judges offered a one-sentence ruling:

The American Foundation for Equal Rights, the organization that represented the original plaintiffs of the Prop 8 case, issued this statement earlier today:

Several weeks ago, we filed a motion with the US Court of Appeals for the Ninth Circuit asking the Court to lift its stay and allow California’s gay and lesbian couples to marry. We felt then, as we do now, that it is decidedly unjust and unreasonable to expect California’s gay and lesbian couples to put their lives on hold and suffer daily discrimination as second-class citizens while their US District Court victory comes to its final conclusion.

It is un-American to deprive gay and lesbian couples of their fundamental constitutional right to marry. These are adults in committed, loving relationships who just want to live their lives without government interference.

Last August, the US District Court declared Proposition 8 unconstitutional. We believe that the courts will permanently secure the freedom to marry for all Californians. 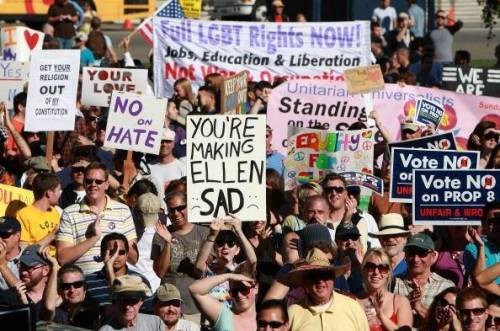 This ruling doesn’t actually change the course of Prop 8’s progress through the courts; it just means that thousands of people will have to have their life plans deferred while they wait at the leisure of the justice system. Right now the case is on a detour to the California Supreme Court, which will issue a decision on whether or not the apellants of Judge Walker’s decision do, in fact, have standing to appeal the ruling at all. If they rule that they do, then the case will continue to a federal appeals court. It’s widely speculated that, in the endless rounds of appeals that controversial (and well-funded by conservative religious backers) cases like this tend to have, it may end up in the Supreme Court; given the Department of Justice’s recent announcement that they will no longer defend DOMA, that would be an interesting and possibly fortuitous outcome. Until then, everyone’s hearts are with the people of California, and we hope for them that this is the last time they have to be let down by the system meant to protect their rights.