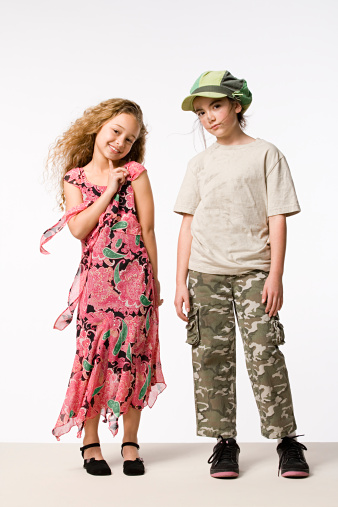 Sexual orientation and “gender conformity” in women are genetic traits, according to a study released by researchers from Queen Mary, University of London.

Researchers Dr. Andrea Burri and Dr. Qazi Rahman based their study on the idea that there are consistent differences in the psychological characteristics of female children and male children, and on prior research that suggests those who become gay as adults have different characteristics from those who don’t (previous research suggests about a third of gender non-conforming girls and 50-80 per cent of gender non-conforming boys turn out to be gay later in life).

In the study published this week in PLoS One, a peer-reviewed science journal, Burri and Rahman looked at sexual attraction, childhood gender typicality, and adult gender identity in 4,425 female twins and found that both a shared set of genes and a shared set of environmental factors are partially responsible for gender non-conformity and female sexual orientation.

According to Psych Central, Rahman said,

“We found that there is a connection between these mental traits and how sexual orientation develops. One idea is that there is an association between these psychological traits and sexual orientation because they all develop under common biological drivers; like the development of brain regions under the influence of genes and sex hormones. We think environmental factors and genetics drive other mechanisms, like exposure to sex hormones in the womb, to shape differences in gender nonconformity and sexuality simultaneously.”

This is a good thing because it supports the idea of genetics playing a strong part in sexual orientation, which is a key argument in countering the idea, frequently supported by the anti-gay crowd, that being gay is always a choice. But it’s less good because of “substantial measurement error.” In the discussion of the study, the authors note that, despite the large sample size, there weren’t enough non-heterosexual participants; that results related to sexual orientation are “notoriously skewed”; and that some of their parameter estimates, especially for adult gender identity, were imprecise.

Nevertheless, this study is a strong piece of evidence in counteracting what is one of the most harmful myths about being gay — the idea that it’s always a choice, or a learned behaviour that can be un-learned.

Mostly, people, and by people I mean many major medical organizations, get this. The American Psychological Association, the American Academy of Pediatrics, and the American Medical Association have all stated variations on the following: that being gay is not a mental disorder, that people who are gay deserve the same treatment as people who aren’t, and that there are a lot of variables and factors that may or may not affect sexual orientation but that choice usually isn’t one of them.

But also, a lot of people, and by people I mean “including but nowhere near limited to various presidential candidates,” don’t get this. For instance, earlier this week, GOP presidential candidate Gov. Tim Pawlenty told Meet The Press’s David Gregory that he doesn’t think there’s any genetic basis for sexual orientation.

Gregory: Is being gay a choice?

Pawlenty: Well the science in that regard is in dispute, if scientists work on that and try to figure out if it’s behavioural or if it’s partly genetic-

Gregory: What do you think?

Pawlenty: I defer to the scientists in that regard.

Gregory: So you think it’s not a choice? […] That you are, as Lady Gaga says, born this way.

It may still be a while before a more accurate means of measuring sexual orientation and gender identity is developed, but until then studies like this one are the best evidence we have that being gay is often genetic. This argument helps us move forward quickly with civil rights but many argue that discrediting the idea that one CAN be “queer by choice” doesn’t do the community any favors, either. As Kim Ficera wrote in a 2005 article about Sheryl Swoopes coming out, “If we want to show the world that being gay isn’t a horrible thing, then let’s stop saying that we can’t help it.”

It’s also important to think about what studies like this mean for the stereotyping of gender-non-conforming children as gay and conversely the stereotyping of gender-confirming children as straight. It’s a bit of a chicken/egg situation but it also sets itself up for headlines like this one from The Times of India: “tomboys are more likely to become lesbians” which is, needless to say, problematic.