If you look down at your feet right now there’s a pretty good chance you’re wearing TOMS. If, on the other hand, you haven’t heard of them, basically they’re a company that makes funky canvas shoes. Also, with their One for One Pledge, for every pair you buy they’ll donate a pair to an adorable kid in need. Pretty sweet deal, right? Well, sweet enough that I wrote 90% of an article about how awesome they are and how they created the canvas shoes trend that is taking over. 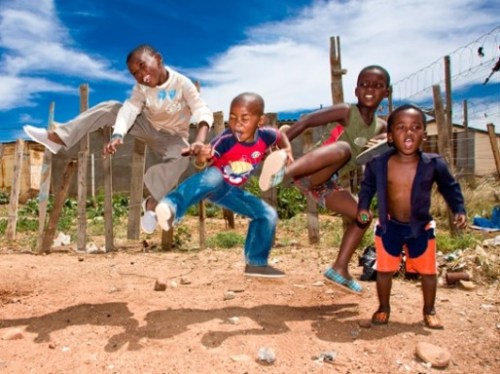 YOU CAN'T ARGUE WITH ADORABLE KIDS JUMPING IN ADORABLE SHOES

But then… well… stuff started to look sort of hatey. Like, hate-the-gays hatey. Turns out that Blake Mycoskie, the Founder and Chief Shoe Giver of TOMS, spoke at a Focus on the Family rally. You remember Focus on the Family right? The ones who really hate us. Well seriously, they teamed up with the seemingly do-gooders at TOMS to do a Feet on the Ground concert/rally/speech/Pokemon battle thing on June 30th. So I guess I’m supposed to boycott TOMS now for being in cahoots with the mega-haters. Except I can’t shake the feeling nothing protest worthy is really going on here. It’s not like TOMS held a giant anti-gay rally or rolled out their new line of “marriage=man+woman” shoes. It seems like the whole event was very giving focused. Gosh, maybe even (dare I say) focused on the family?!?!

There’s nothing inherently political about distributing shoes to African children, of course. In theory, it’s a good thing for Focus to spend less time trying to police sex and more actually helping people, but they’ve not really cut back on the former. And Focus On The Family isn’t the only group TOMS could have turned to for collaboration, nor is it the only Christian group involved in charitable missions. It carries significant cultural and political baggage, for good reason. TOMS is at major risk of alienating a constituency that has enthusiastically adopted their product, including yours truly.

Oh right, it was still a knowing collaboration with a group that actively seeks to oppress queer individuals. Queer individuals who heart TOMS shoes. It even seemed that TOMS was gearing up for the long haul with Focus on the Family as Christinity Today reported that Focus on the Family was “working to become a TOMS international distributor in Africa.” Either Mycoskie/TOMS was indeed making a political statement or they need to replace their PR person with someone who doesn’t just sit on Google+ all day instead of researching collaborators. 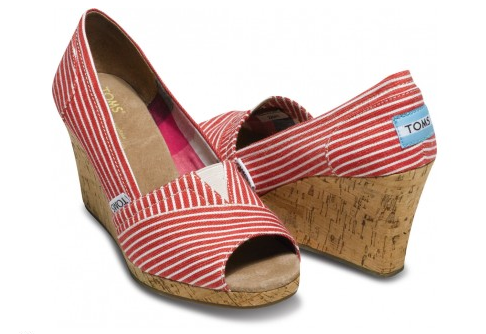 So we got ready to throw out our TOMS, paint picket signs and make jaded quips to our friends who were still wearing TOMS. But wait, there’s still more!

Following outcry about the shoe/gay hater alliance as well as a change.org petition Mycoskie made a public apology on his blog.

Had I known the full extent of Focus on the Family’s beliefs, I would not have accepted the invitation to speak at their event. It was an oversight on my part and the company’s part and one we regret. In the last 18 months we have presented at over 70 different engagements and we do our best to make sure we choose our engagements wisely, on this one we chose poorly.

Furthermore, contrary to what has been reported, Focus on the Family is not a TOMS giving partner.

So there is no misunderstanding created by this mistake, let me clearly state that both TOMS, and I as the founder, are passionate believers in equal human and civil rights for all. That belief is a core value of the company and of which we are most proud. 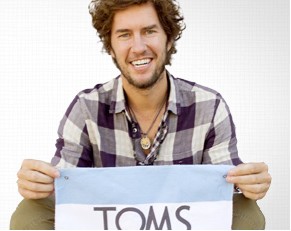 Wait, what the deuce? Seriously. As basically everyone in the universe has said before me, all Mycoskie had to do was type “Focus on the Family” in to that long skinny box at the top of his browser. Oh, he’s using Firefox? So the top right box. This is not brain surgery. You do not need to call in Dr. McDreamy to determine that Focus on the Family has super double extra offensive views. Not to mention Mycoskie never actually specifically says “I heart the gays for real.”

I’m not saying that Mycoskie intentionally spoke at Focus on the Family’s event to secretly express his deep-seated hateful views. Honestly, enough people agree with him that if he wanted to be openly anti-gay he probably could be and remain successful. I think he booked every speaking event and partnership he could so he could get more little kids shoes and, oh yeah, Make More Money.

The bottom line: I still want canvas shoes, they’re basically the hottest shoe this season. Plus, it still seems better to buy from a company that gives to charity. So we’re still able to vote with our dollars.