Did you know that HBO is currently casting for a documentary about relationships? Yes, that means exactly what you think it means: if you’re in a relationship — any kind of relationship! — you could potentially be featured in this film. 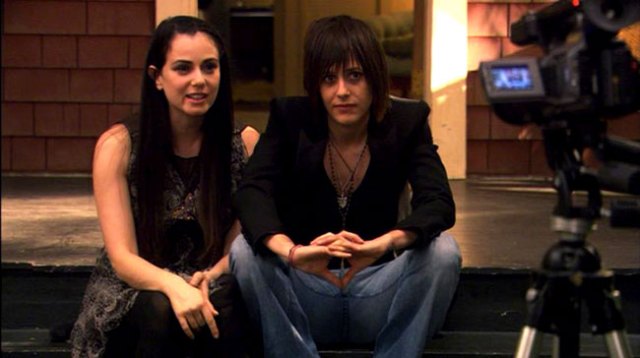 This could be you, but way more functional and less cringe-inducing.

I heard about this so-brand-new-it-doesn’t-even-have-a-title-yet project from Kristin and Dannielle at Everyone is Gay. Kristin met Jess, the casting producer for the documentary, during Pride and was kind enough to put me in touch with her. I talked to Jess about what types of couples she’s looking for and what she had planned for the doc. Here’s the deal:

The film will be a feature-length documentary that airs on HBO next year. It is co-produced by BBC Worldwide Productions and directed by Philippa Robinson. The thesis of the film, “How do different people exist in one relationship,” will be explored in an upbeat and positive light. It’ll focus on the dynamics of successful relationships and will illuminate how different partnerships can survive and thrive.

The crew is looking for people in “all different types of relationships and from all walks of life,” including but not limited to folks who are gay, straight, cis, trans*, monogamous, polyamorous, in long term relationships or in the early stages of puppy love. “We are looking for unique, dynamic folks with a fresh perspective on romantic unions,” said Jess. If chosen, you”ll only need to be available for one day of filming during August or September. Filming will take place at the couple’s home or at one of your homes if you don’t live together. Due to filming logistics, couples from the New York area will be given preference, though Jess did mention if a really incredible couple showed up outside of New York, she would attempt to work it out. So don’t be completely discouraged if you don’t live in New York! 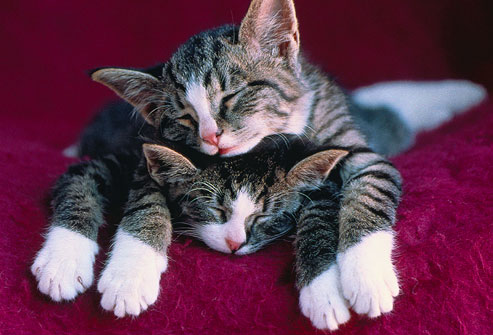 These kittens know they’d be a shoo-in for the documentary so they’ve decided to take a nap and let you audition instead. via justanotherwittyblog.blogspot.com

In my opinion, one of the most compelling reasons to “audition” for this documentary is that it’s not focused specifically on the LGBTQ community. That may sound strange but hear me out. I love, respect, and appreciate projects that solely focus on our lives and stories (and lord knows we need more of them, always and forever), but I’m also a huge fan of visibility in non-traditionally-queer spaces and I think this documentary is the perfect place for that to happen. When I asked Jess how the crew planned to avoid sensationalizing the lives and stories of the people eventually chosen to participate, she made it clear that the film honestly wants to allow all the couples to speak for themselves, as opposed to speaking for them or worse, over them. 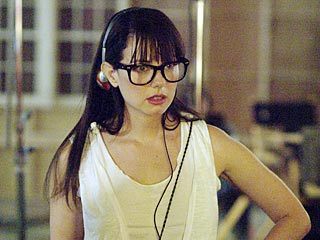 Neither Jenny nor Ilene Chaiken are directing this documentary, so it’s safe to participate.

“We don’t want to categorize the relationships in the film in strict terms, we just want to show the individuals as people in relationships,” she said. “I think that’s the most positive approach there can be. It’s not about, ‘oh this is a gay couple,’ it’s really about, ‘who are these people in this relationship?’ We’re interested in the way people converse and relate and communicate with each other. We want to capture an essence of that on camera.”

If all this sounds super appealing to you and you’d like to participate, get in touch with Jess! Casting is coming to an end within the next week or two, so if you’re interested be sure to make moves quickly! She can be reached at relationshipdocumentary [at] gmail [dot] com. All inquiries will be in confidence and there is no obligation to take part in the film.