“Gay” was the first queer word I ever learned, and the first queer thing I ever called myself.  Something about “lesbian” didn’t sit right with me, and I wasn’t yet aware of reclamation, of the bright side of pejoratives — the spark that happens when you turn a weapon on itself. Plus I liked the sneakiness. Gay meant happy, right? You could claim it while admitting nothing. It was a rainbow dream mask.

But even before it got the rest of its colors, this word blushed. Pleasure, joy, and other gaieties are perpetually societally fraught, and gay has the scars to prove it — it’s been punned on, leaned on, worn proudly, hidden behind, argued over, and ping-ponged across the net of respectability ever since it was invented. If words could break, gay might have a long time ago. Luckily it bent instead. Here’s the beginning of how it happened.

The most common etymology of the word “gay” has it rooted in the Proto-Indo-European root *gey- (“to go”). This evolved into *gheng- (“to stride”) which became the Proto-Germanic *ganhaz/*ganhwaz (“sudden”), and then the Old High German gahi (“quick, impulsive”). The move to Old French jai (“merry”) brought the recognizable definition and a nice modern jauntiness. Jai became gai likely due to the influence of Gothic gaheis (“impetuous”), and soon we had the Middle English gay, direct ancestor of the word we use today. 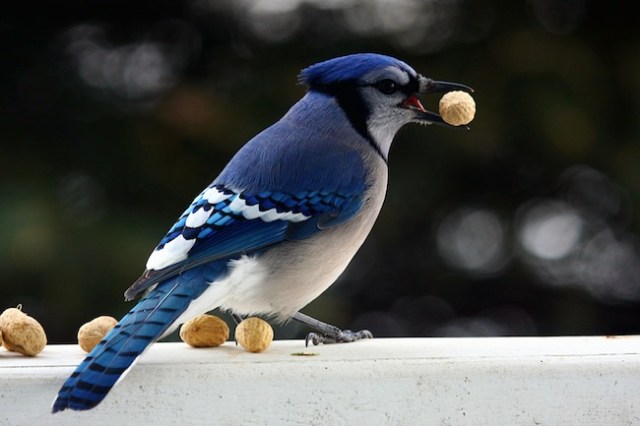 JAY, AS IN BLUE JAY, IS A COGNATE OF JAI. THIS JAY IS PRETTY JOYFUL.

Easy enough — except that etymology is an inexact science based on barely traceable exchanges that took place thousands of years ago, so not everyone agrees on what happened. Anatoly Liberman has an alternate theory that roots gay in Old High German wahi (“shining”/”beautiful”), based on a g/w interchangibility that we see borne out in word pairs like “guardian” and “warden,” or “guerrilla” and “war.” But he’s even more attached to a different explanation from the 19th century master Frank Chance. An “excellent etymologist, now almost forgotten,” Chance used to publish almost exclusively in Notes and Queries, a quarterly where scholars and hobbyists traded notes and asked each other questions — kind of like an early Formspring, but for linguistics and lexicography. In an 1861 Note, Chance took on “gay” via an analogy to the French gaîne, or “sheath,” which comes from the Latin vagina, also “sheath” (and also your bonus etymology-of-the-day). 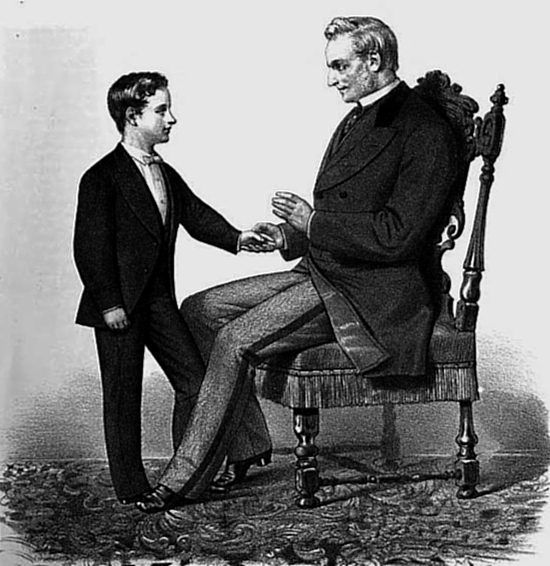 “SON, WE SHALL NAME YOU FRANK CHANCE, DOOMING YOU TO A LIFE OF GAMBLING AND/OR ETYMOLOGY”

“The g in gaîne,” Chance explains, “corresponds to the v in vagina… In a similar way, I think, our adjective “gay” might be readily deduced from the Latin vagus, or perhaps from the corresponding Italian vago, which means both wandering, roaming, and pleasant, agreeable.” About a century and a third later, German linguist Harri Meier added some evidence to the pile, listing Italian cognates like svagarsi (“amuse oneself”) and svago (“diversion”).

I have also become attached to this theory, not only because it’s more fun, but also because it means that the start of  gay’s backstory involves a gradual influx of positive feeling — what semantician Stephen Ullman calls an “amelioration of meaning.”  As Liberman points out, the Latin vagus often meant “flighty” or “frivolous,” which, though not the worst possible things to call someone, aren’t as sunshiney as the merriment and joie de vivre implied by “gay” — see, for example, Propertius’s Elegy V, in which a “vagis puellis” is compared negatively to Cynthia, a “docta puella” or “learned girl,” and Propertius’s perpetual muse.  So somewhere over the course of its initial leap into English, gay enjoyed a rise in reputation — a fine beginning for a word that would spend the rest of its life undergoing a roller coaster ride of semantic shifts. 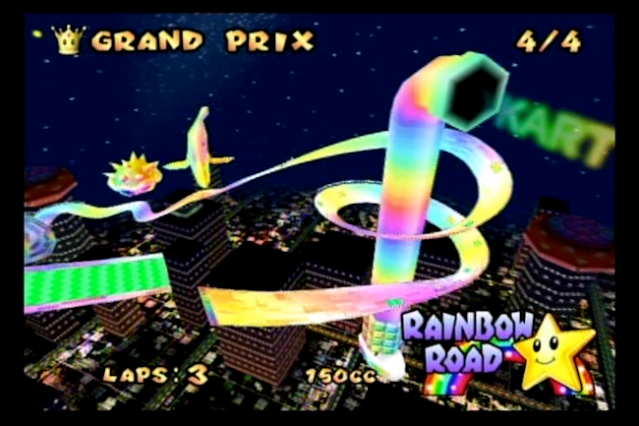 BASED ON A TRUE STORY

“Gay” first hit paper in 1325, in a transcription of a Middle English song called “Blow, Northerne Wynd.” When I started reading it, I thought it was about how the narrator would brave the northern wind to get to his beloved, who is described as semly and menskful and lossom (“seemly,” “worshipful,” and “lovely,” if you prefer boring new English words). But in the end, he’s actually asking the wind to blow his suetyng (“sweetheart”) to him, which honestly sounds kind of mean and lazy. Dave Wilton found the relevant stanza:

(TRANSLATION: “She is precious in day / gracious, stout, and gay / gentle, jolly as the jay/ noble when she wakes. / Maiden merriest of mouth / by East, West, North and South / Neither fiddle nor crowd / Makes such abundance. / Blow northern wind! / Send me my sweetheart! / Blow northern wind! Blow, blow, blow!”) 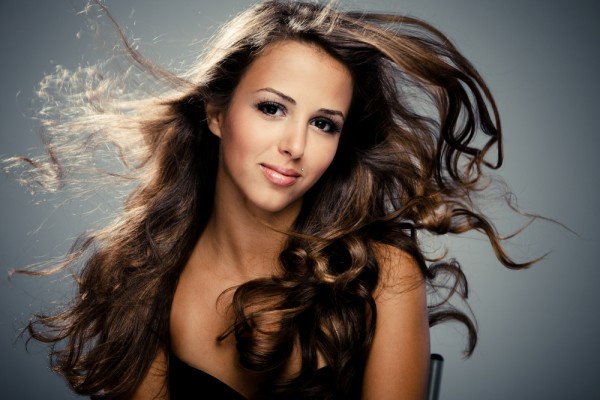 THEY SING THIS SONG DURING PHOTOSHOOTS.

Gay is a nice-sounding, one-syllable word that rhymes with a lot of things — all the makings of a poetic mainstay. To the delight of decades of middle school English students, no one could get enough of it for centuries and centuries. Chaucer used it in 1385. Robert Mannyng used it in his “story of England,” in the late 14th century. The lyrics of “Deck The Halls” are from 1862. Shakespeare used it thirteen times in total. Here’s Iago, in Othello, written in 1603: “She that was ever fair and never proud / Had tongue at will and yet was never loud / Never lack’d gold and yet went never gay.” I’m trying to be mature here but Shakespeare makes it hard. 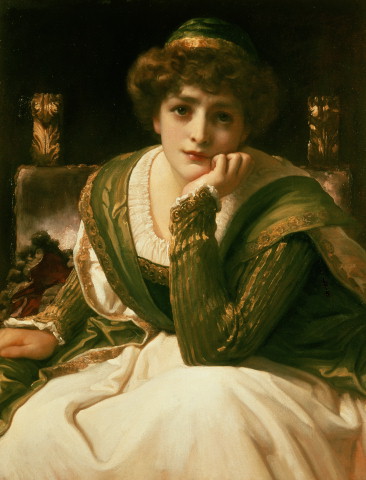 DON’T LISTEN TO HIM, DESDEMONA! YOU’RE BETTER OFF GOLD AND GAY

Over this time, though, “gay” began experiencing a “pejoration of meaning” — it’s the opposite of the aforementioned amelioration, and you use it when a word’s reputation starts going downhill. Some think this started as far back as the 14th century, but it was definitely established by the 17th, when, according to the OED, it was generally used to describe those “addicted to pleasures and dissipations.” Carefreeness had flipped back to frivolity. You can even see it in the above Shakespeare, as Iago uses “gay” to mean “flashy” and sets it in parallel with pride and loudness, two then-undesirable traits). This frivolity developed into a general lack of inhibitions, and often referred to sexual carefreeness — by at least 1799, a “gay man” was a womanizer, a “gay woman” a prostitute, and a “gay house” a brothel. 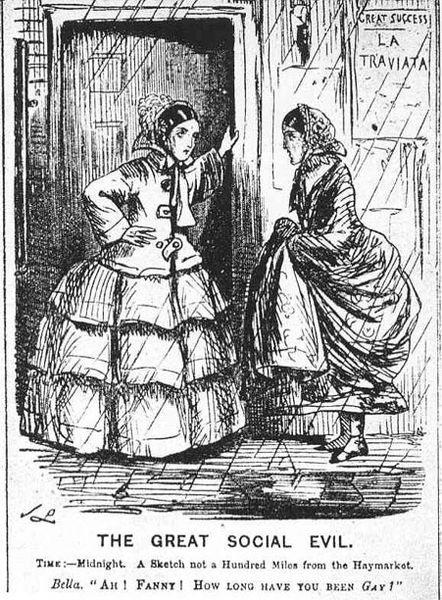 A DIFFERENT KIND OF COMING OUT (VIA PUNCH MAGAZINE ARCHIVES)

In a nice return to its roots, “to go gay” was to live a life of hedonism. For proper usage, see this sentence, from Edward Montague Compton MacKenzie’s Carnival, that was far ahead of its time:

“After dinner Jenny went back to Hagworth Street, and had a flaming quarrel with her mother, who accused her of “going gay”; demanded to know how she dared put in an appearance dressed in another woman’s clothes; insisted she was to come home immediately after dinner; forbade a hundred things, and had the door slammed in her face for the advice.”

While this meaning became more prevalent, another now-familiar one snuck up alongside it. Next time we’ll talk about when gay started meaning what it does now — and take another few dips up and down the semantic roller coaster.

This has been the thirty-first installment of More Than Words, where I take queer words of all sorts and smash them apart and see what makes them tick. Every week I dissect a different word, trying to figure out where it came from, how it has evolved, where it might be going, and what it all means. It’s like reading the dictionary through a prism. Feel free to send word suggestions to cara@autostraddle.com.