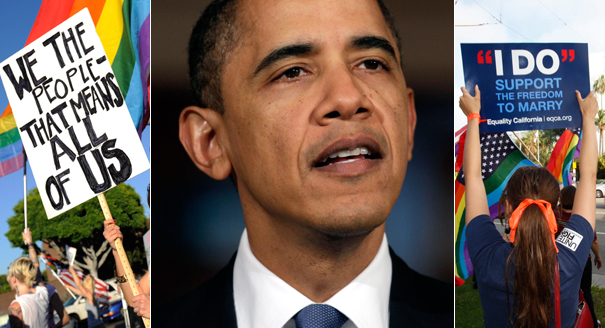 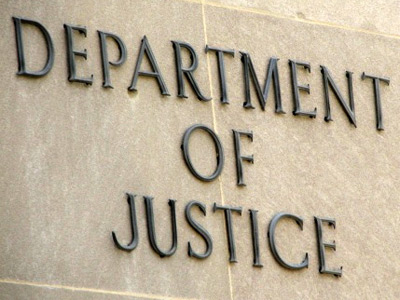 What does this mean?

It means that the Obama administration wants DOMA gone.

It means there is growing pressure on the Supreme Court to resolve what has now become a messy legal issue, as the executive and legislature duke it out over the constitutionality of DOMA, and as more lawsuits like this are brought.

It means there is growing pressure on Congress to repeal DOMA, if they want to avoid a Court resolution (remember, it was the pressure of a looming Court case that helped repeal DADT), and it calls into question the House’s strategy of hiring an expensive private lawyer to defend DOMA.

What is heightened judicial scrutiny, and why does it matter? Here’s a really great, detailed explanation of this here that you all should read, which we published during the Prop 8 Trial.

I’m gonna do a brief summary of one relevant part, but you should read the whole article.

First, note that all law operates through a process of categorization and classification. Because the law is always categorizing and classifying, an Equal Protection argument that the law “makes distinctions” is insufficient: one has to argue that a particular distinction is unconstitutional.

As U.S. constitutional law has developed over time, certain distinctions have been recognized as particularly suspect, and their review — that is, the testing of their constitutionality — is different from laws without distinctions that have been established as suspect. Basically, for a classification to be suspect, the targeted group has to have a history of discrimination, but there are other important requirements, too. Suspect classes require heightened judicial scrutiny, which means the government has to have a damn good reason for making that law, and it can’t just be because they have bad feelings about the particular group. Did I mention you should read this more detailed explanation? Because you should.

The Obama Administration ramped it up in this supporting brief. Like they REALLY ramped it up. I read it and was like, fuck, THAT is an ARGUMENT.

Anyhow, in the brief they filed Friday, Obama’s DOJ lawyers provided an extensive argument for why sexual orientation should be protected as a suspect class, and so trigger heightened judicial scrutiny. And DOJ lawyers also argued that, under heightened judicial scrutiny, Section 3 of DOMA is unconstitutional. The DOJ made this same argument in their February letter to Congress (the letter in which they told Congress they would stop defending DOMA), but they ramped it up in this supporting brief. Like they REALLY ramped it up. I read it and was like, fuck, THAT is an ARGUMENT. You should read it.

So: if sexual orientation becomes established as a suspect (or semi-suspect) class, requiring heightened judicial scrutiny, the constitutionality of all sorts of other laws would be much easier to challenge. Laws like Prop 8. 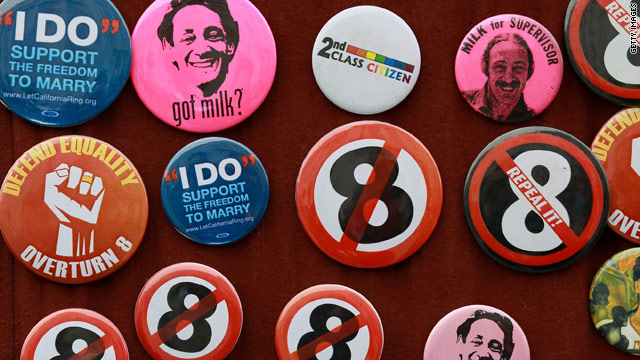 The ramifications of a decision overturning DOMA, using heightened scrutiny, could mean that some opponents of same-sex marriage might want Congress to repeal DOMA before such a case makes it way to the Court. While this would mean no more DOMA, it could — at least, temporarily — prevent the establishment of sexual orientation as a suspect class. However, a Congressional repeal would be a massive symbolic defeat for opponents of same-sex marriage. (And of course no one knows what the Supreme Court would actually do with a DOMA case. They might decide to keep classifications based on sexual orientation at the normal level of scrutiny, where it is now.)

Pressure on Congress is also growing because the House is now paying a pricey lawyer to defend DOMA, since Obama refused. However, it’s not clear how many cases the House can reasonably defend. For example, the House decided to stay out of a recent bankruptcy case in California. In that case, the district court ruled in the same-sex couple’s favor, with 20 of 24 judges in the district court signing the opinion — an incredibly high number.

The New York Times asked the House Speaker’s spokesman, Brendan Buck, why they chose not to defend this particular DOMA case. Buck told the Times:

“Obviously, we believe the statute is unconstitutional in all its applications, including bankruptcy, but effectively defending it does not require the House to intervene in every case, especially when doing so would be prohibitively expensive.”

This bankruptcy case also raises questions about the sustainability, and efficacy, of the House’s decision to defend DOMA. If couples all over the country keep challenging different applications of DOMA, the House will likely have trouble keeping up with all the cases. Of course, the House can always take a case once it’s well along in the appeals process. But if the House jumps in at a later stage, it will be harder for them to mount a convincing defense. And with the ongoing financial crisis, some conservatives, particularly fiscal conservatives, might start wondering if a House defense of DOMA is the best use of federal funds. 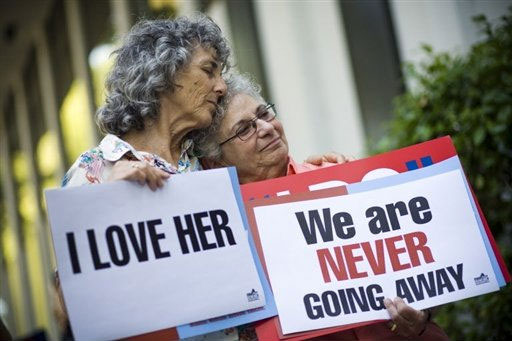 This is one weird wrinkle in all this. In this recent bankruptcy case, a federal representative appealed the California’s court ruling. First, remember that this happened BEFORE this recent DOJ brief filing. The appeal caught a lot of folks by surprise, as it appeared to contradict Obama’s February declaration not to defend DOMA. It could simply be that this federal official, a U.S. Trustee, decided to do his own thing, or that he interpreted his mandate differently than most observers did: it’s possible to read some ambiguity in the February DOJ letter to Congress, the letter that announces the cessation of the administration’s defense. The Trustee did say that he wanted to give Congress sufficient opportunity to participate in the litigation if they so chose.

Or, it could be that this appeal is part of a broader strategic plan by the Obama administration. Granted, that would be some crazy strategy. However, a federal appeal could help move this case, and other cases challenging DOMA — yes, there will be more — to higher courts. And if the DOJ is not offering a vigorous argument (and my guess is that they will only appeal in districts where they think the anti-DOMA side has a very strong chance of winning), there could be more courts ruling against DOMA. Still, it’s a risky strategy, as lower court decisions against DOMA could be overturned in higher courts. It also hints of collusion. I do wonder if the appeal in the bankruptcy court will be dropped, now that the DOJ has filed a brief against the constitutionality of DOMA (albeit, in a different legal context).

While it’s unclear what’s going on with the bankruptcy case, you can be certain that a preponderance of lingering, disputed, possibly contradictory decisions will put pressure on the Court to authoritatively address the constitutionality of DOMA. And you can expect to see more challenges to DOMA in the future. We might well have a Supreme Court case next term. Who knows, it could be this bankruptcy case: although it’s not likely that this particular case will make it all the way to the Court, due to the narrow bankruptcy context, the couple’s lawyers have asked that their appeal be fast-tracked to the Ninth Circuit. Whatever happens, the Obama administration is putting forth a vigorous argument for heightened scrutiny, and that is undoubtedly a good thing, and a big fucking deal.

Grace has written 2 articles for us.