The LGBTQ cinematic canon is chock-full of depressing stories about death and loneliness! Some movies, however, wreck us more than others. Below our staff writers and editors are talking about the queer films that left us the most significantly devastated and concerned about our ability to continue living in this cold dark world. We’d love to hear about your deepest movie depression in the comments! 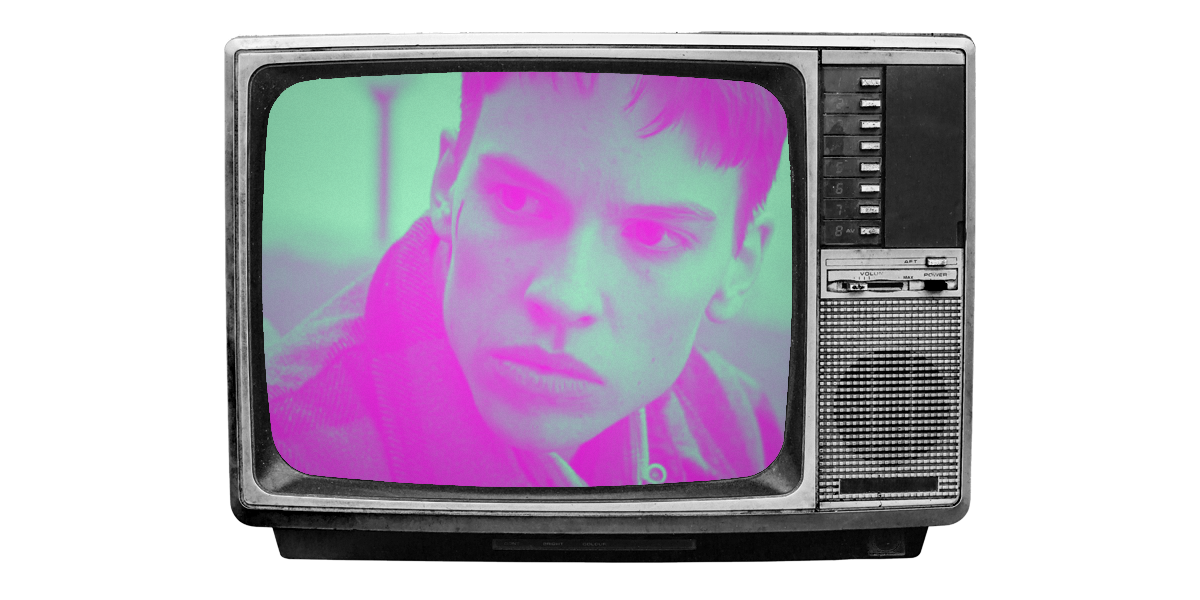 I feel like I know this movie in the dark, like I could spot it in a crowded room with no trouble at all. I don’t know why I’ve seen it more than once — the first time was at an indie theater in Michigan when it was released and I remember that I was still crying when the credits rolled and that everything felt empty and nothing felt possible. The story was devastating on so many levels — brutal, merciless transphobia and homophobia, how many lives were lost so senselessly on one tragic day, how Brandon struggled to maintain his dignity against so much hatred and pushback. I remember Hillary Swank’s gritted resolution, how she gave Brandon this complicated and honest sweetness, just a kid, not a perfect kid but a kid indeed, trying to make things work under unfortunate circumstances. The film was also just intensely graphic in its depiction of rape and murder, and I wish those scenes weren’t in my brain forever but whaddya know, they are! The second time, I think it was just on one night. Maybe on HBO. I don’t know why I watched it, I guess maybe I wanted to get destroyed again and Netflix didn’t exist yet. I feel like my entire generation will never recover from this film. 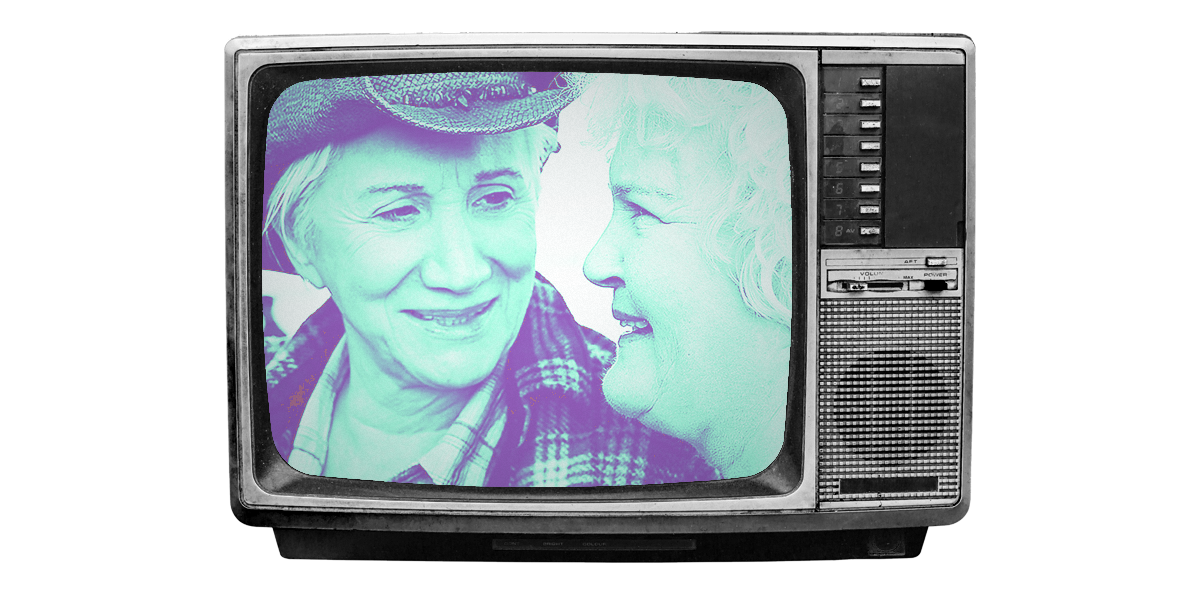 If you’ve never seen Cloudburst I will tell you that it is Thelma and Louise meets the first 15 minutes of Up and then you will know why I spent SEVERAL DAYS crying about that movie. Runner up for the deleted lesbian scenes on the Love, Actually DVD — which, yes, are even sadder than Emma Thompson crying her eyeballs out to Joni Mitchell. 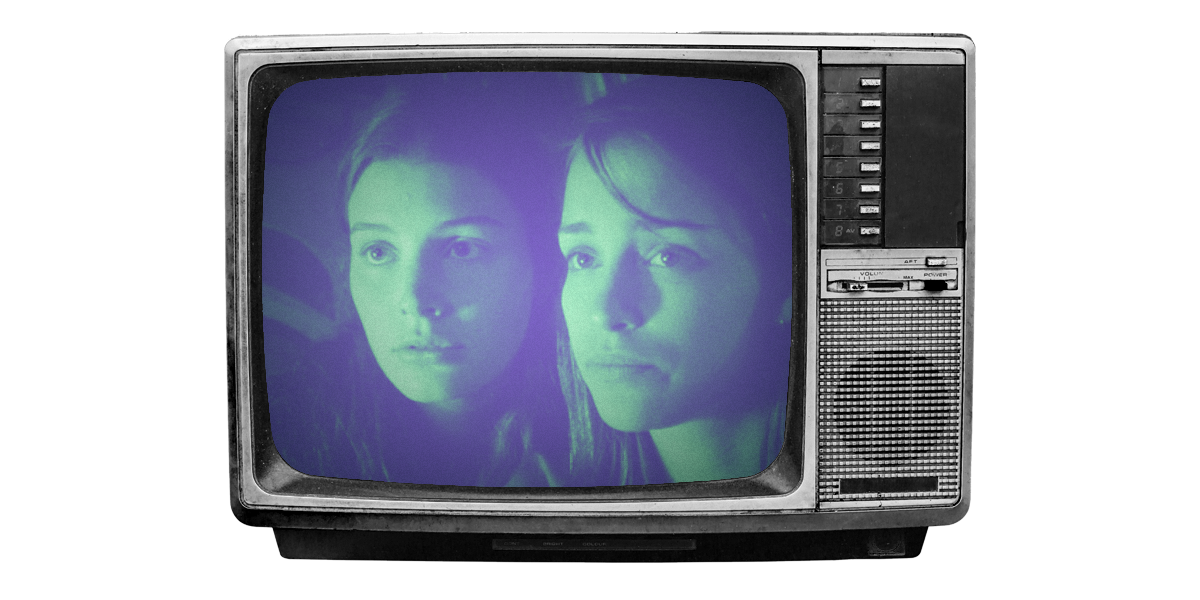 This movie was basically the only queer movie I knew about, and while it’s pretty titillating to a 16-year-old gal trying to figure out her sexuality, it’s also really, really fucking rude with the death and heartbreak and whatnot. I didn’t know at the time that those endings weren’t automatic, and I was heartbroken over Piper Perabo and Jessica Paré. And thinking about it now, that movie didn’t really help with the idea that someone can be queer and still have sex with dudes. Heartbreak all around. 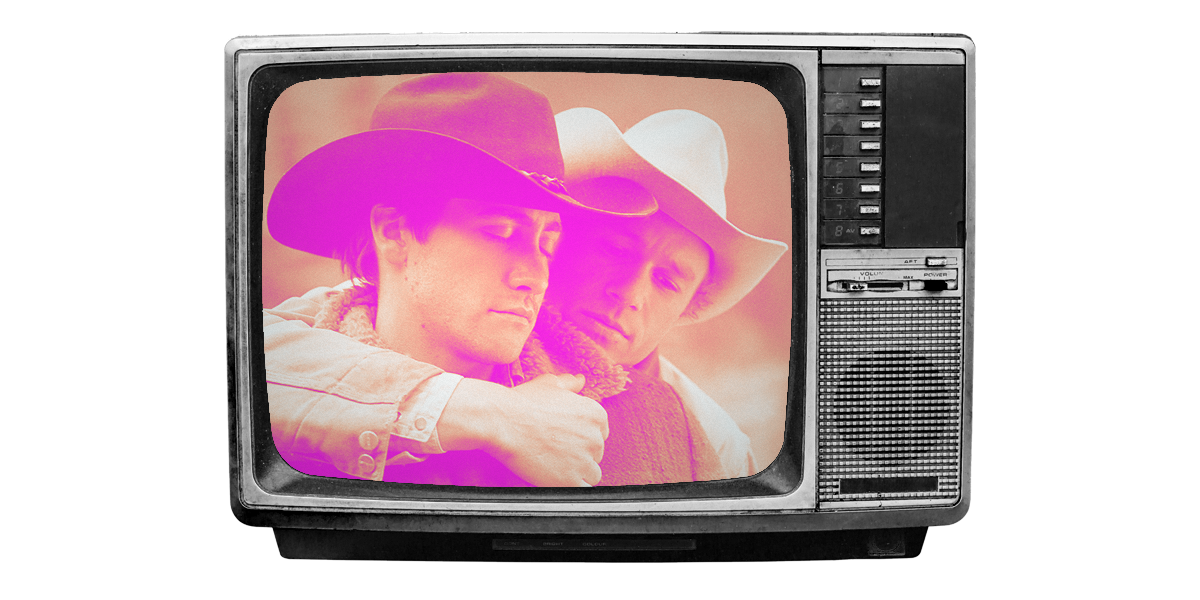 My emotional devastation over Brokeback Mountain was about 40% plot-based, 60% based on the fact that I saw it with my high school girlfriend no one knew was my girlfriend. Even better, this “date” was actually a group outing with a bunch of our friends and we sat on opposite ends of the row to avoid suspicion. And then, y’know, we had to watch Brokeback Mountain. It was a rough time. 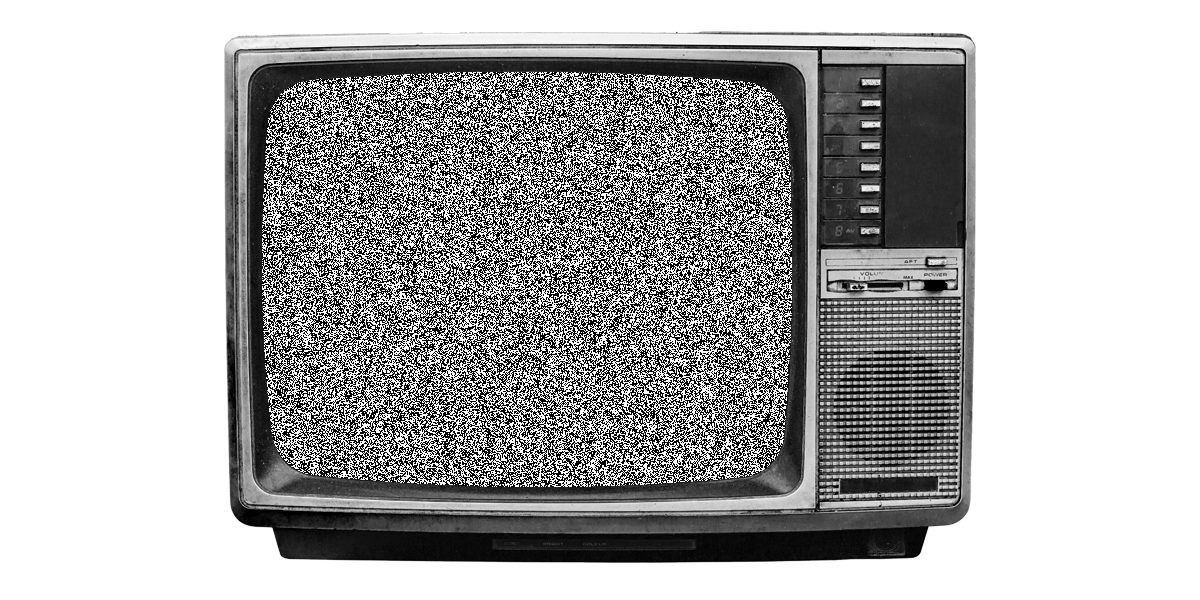 I was emotionally destroyed when I got here. 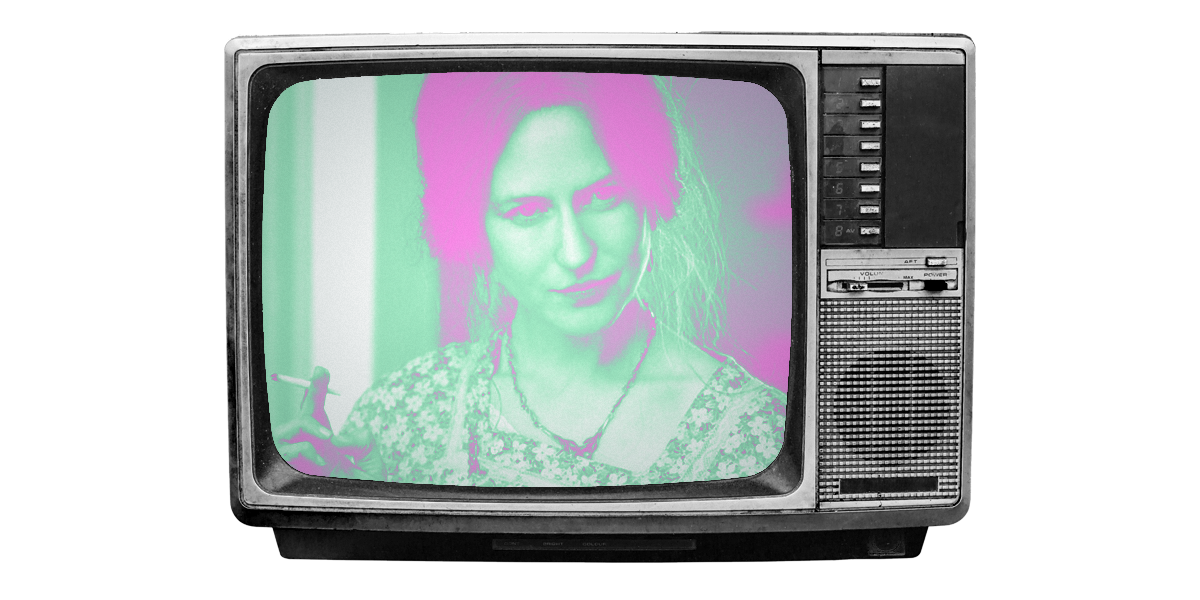 Here’s a true thing about me: I never cried during movies/television/etc. until after I came out of the closet. It took me a while to make that specific connection, but here we are! When I was pretending to be a heterosexual, my feelings were so deeply repressed that I was pretty much incapable of crying! Fun stuff! So no, I didn’t technically cry the first time I watched The Hours, because I didn’t cry during any movies at the time. We watched it in my 12th grade English class, and even though I didn’t shed a tear, I was fully wrecked. But here’s another true thing about me: I definitely like to watch sad movies when I’m already sad. So I have watched The Hours in varying stages of depression, which, bold move. Also, one time in college, I had a full heart-to-heart with one of my best friends who was also closeted at the time and we were supposed to be watching The Hours but were just talking instead so we let the DVD menu+music play on repeat for… hours. Anyway, this movie destroys me every time, but I keep coming back to it! Unhealthy tbh!

The thing that broke me about Brokeback Mountain wasn’t the movie itself, necessarily, it was watching the audience watch the movie that ultimately did me in.

I saw Brokeback Mountain on a quiet Saturday afternoon at the since-closed AMC Loews Dupont 5, a small theatre located smack dab in the middle of DC’s most celebrated gayborhood. I slid into my seat about 30 minutes early and watched as the theatre filled to capacity with mostly white gay men and the occasional black boyfriend. Two genial bears took the seats to my right. The one closest to me flashed a smile, I smiled back and we chatted a bit before he pulled out a big box of Kleenex and balanced it on his thighs.

“Take as many you need, honey,” he said, as if he knew for sure what was coming. 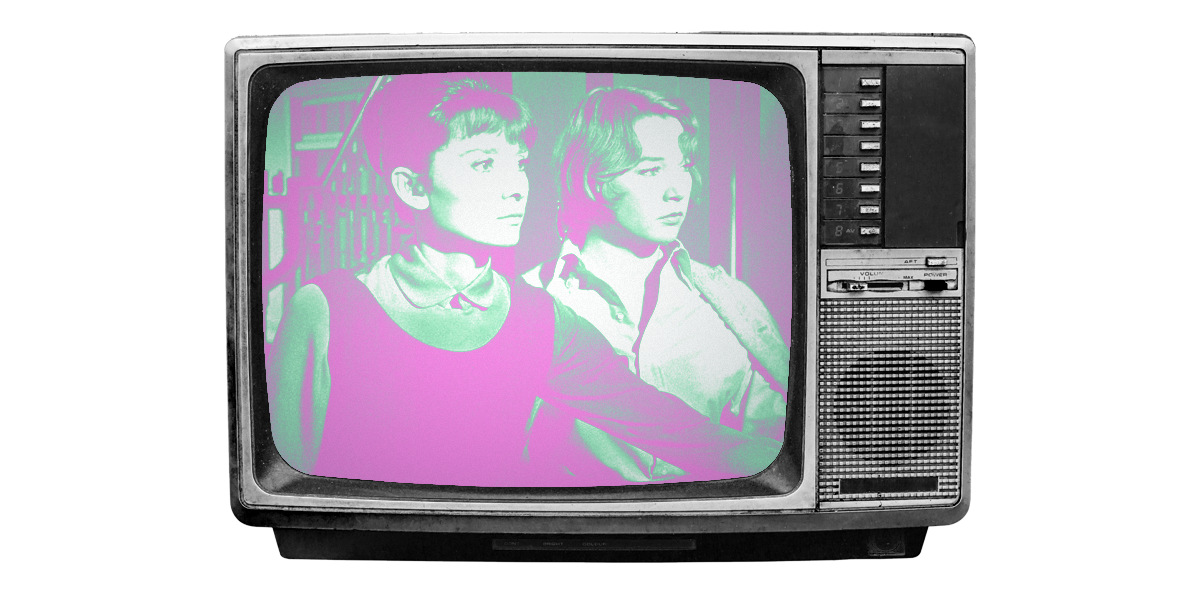 Someone suggested I watch The Children’s Hour and I’d like to rename it as “Real Deep Depression in Under Two Hours, Especially If You’re Closeted” which I mostly was by then. Boys Don’t Cry also made me cry lots of big angry hopeless tears, honestly anything before Pariah and Moonlight with the exception of Imagine Me & You, made me cry. I mean Moonlight and Pariah still destroy me but like build me up better you know? Anyways, if it was gay and I was closeted and watching it? I was crying.

I’M SORRY OKAY?! I was young and barely out when I saw this movie for the first time and it broke me! Piper Perabo also holds a lot of nostalgic significance for me; she was someone I had loved for a long time, so I think that didn’t help things. And the unrequited love thing/a girl swearing she was straight despite also having said she loved you thing was a real thing that had happened to me! And when you’re first coming out it can feel like you’re a teenager again so “I think I’ll die without her” felt like the exact correct level of dramatic for the situation. I realize now that it’s a ridiculous movie but at the time I felt the pain of it so deeply. For years, whenever I needed a good cry, I would bust this movie out. I also went through a period of time where I felt kind of numb inside and every time my fear I was broken would reach its peak I would put this movie on. My thought process was, if I watched it through and didn’t cry, I was definitely broken. I cried every time! So I understand that it’s not that great, but in my defense, my options were limited 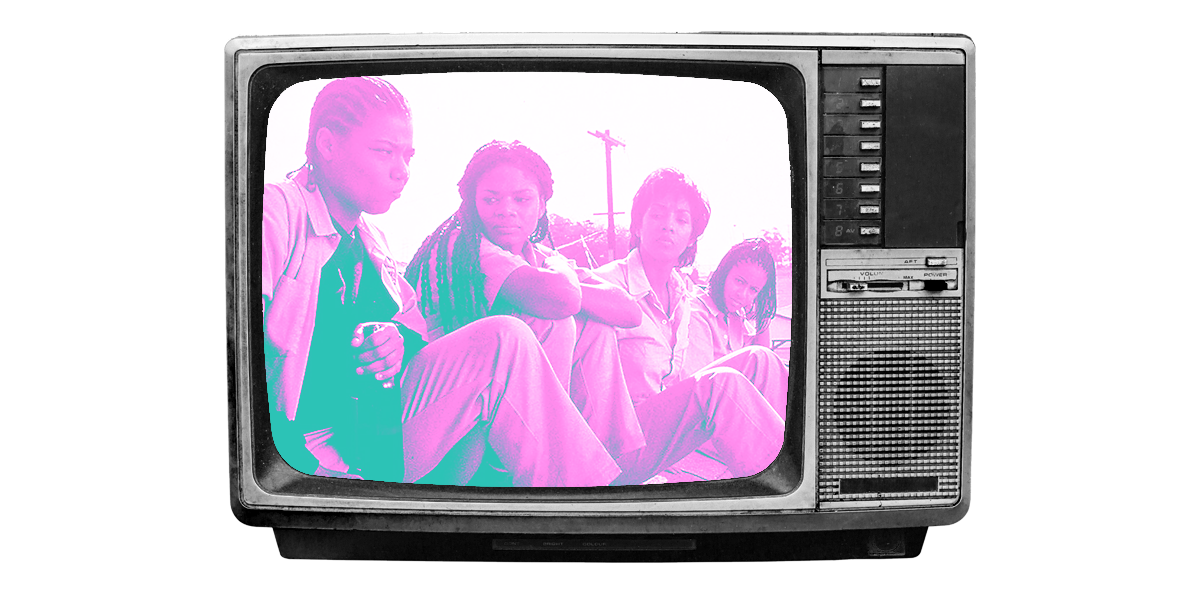 This movie isn’t inherently an LGBTQ film but I don’t care. The first time I watched this was also the first time I saw an out black lesbian in a film so for me and most representation starved black queer women it counts. This first time experience and the joy it brought me made Cleo’s storyline unbearable and still does. She was special to me before I had the self awareness to know why (I was 10 at the time) I just knew that I felt tied to her. I rewatched it after I came out to myself and sobbed for hours because I knew much more by then about myself and what it would mean to be a black queer woman in America. I think it was my way of hoping for the best but preparing for the worst.