Warning: This review contains spoilers for Season 5 of Lucifer. I’m going to write like you don’t care about spoilers since why would you be reading about the fifth season of a show if you did!

Despite the fact that everyone on Lucifer seems to be at least a little bit queer, the show overall is better at fulfilling our desires (pun intended) than actually giving us what we need re: queer storylines.

That said, the story is far from over.

The first half of season five of Lucifer starts off making one of my personal dreams come true and having Maze kiss Chloe right on the mouth. While Lucifer is back in hell, they team up and become quite the duo, pretending to be married for gigs, etc. Frankly I would have watched a full season of that, but the one episode we did get was great. And while Chloe’s rejection is gentle, it is exactly that: another rejection for Maze. Chloe says that she thinks they’ve been using each other to avoid dealing with the fact that they’re both hung up on someone (Lucifer for Chloe and Eve for Maze) and that they should take some space to deal with their shit before they go past the point of no return. (Notably, Chloe didn’t say she isn’t queer or into it. She just doesn’t think either of them are in a place to get into it at the moment.) 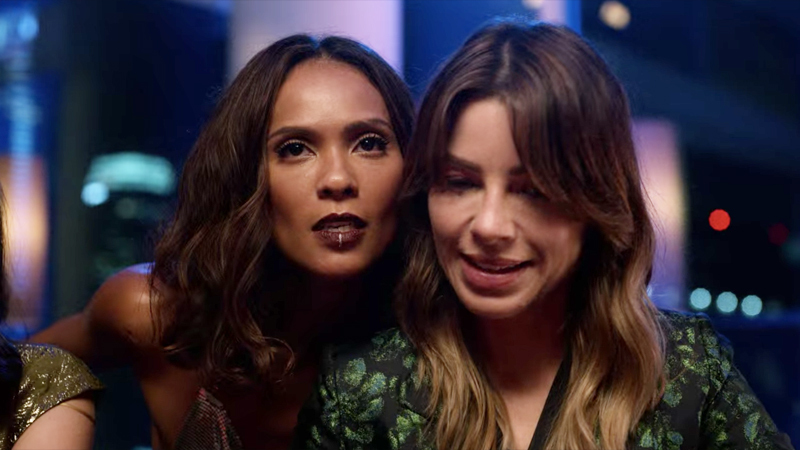 Pretending-to-be-lovers is one of my all-time favorite tropes.

For Maze, this is a breaking point. She was already barely holding it together, and to be rejected as a lover AND as a partner by Chloe, who never acknowledges the pain she caused, Maze goes on a rampage of self-destruction that no one even seems to really notice and it broke my entire heart.

Another person who adds to Maze’s world of hurt this season as her mother, the one and only Lilith, who we meet in a noir episode that involves Lucifer telling Trixie a story about the 1940s. And I think… I think it was my favorite episode of Lucifer ever? Top five for sure. It’s a funny, clever, visually appealing way to do a lore dump, a nice break from the chaos of the “real world,” and a good excuse for some bonus Trixie content.

And while I liked it for a lot of less superficial reasons, it sure didn’t hurt that Trixie requests a genderbent version of the story so Lauren German (who I have to assume just requested to kiss all the ladies before the series is through?) kisses Tricia Helfer, who is the face Trixie was imagining as her character’s wife. (It’s complicated… just go with it.) 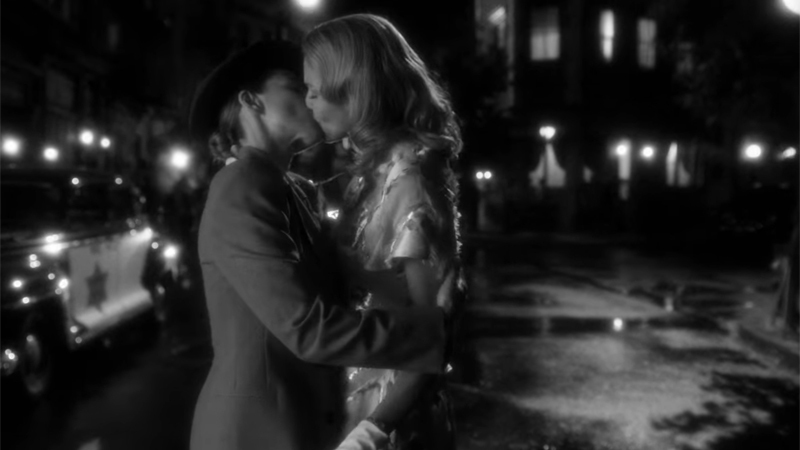 Does anyone else feel like this was Lauren German trying to heal us from the whole Chicago Fire thing?

We learn in this episode that Lilith left her children in hell because she wants them to be unbreakable. Stronger than her. Incapable of love and therefore unable to experience heartache. And when Maze finds her mother in present-day, she stands by this, despite the clear look of despair on Maze’s face.

Maze spends the rest of the season trying to find herself. Trying to help Linda, trying to be more like Ella, trying to be friendly to a stranger when they have their traditional girls’ night. (Always one of the best episodes of any given season.) 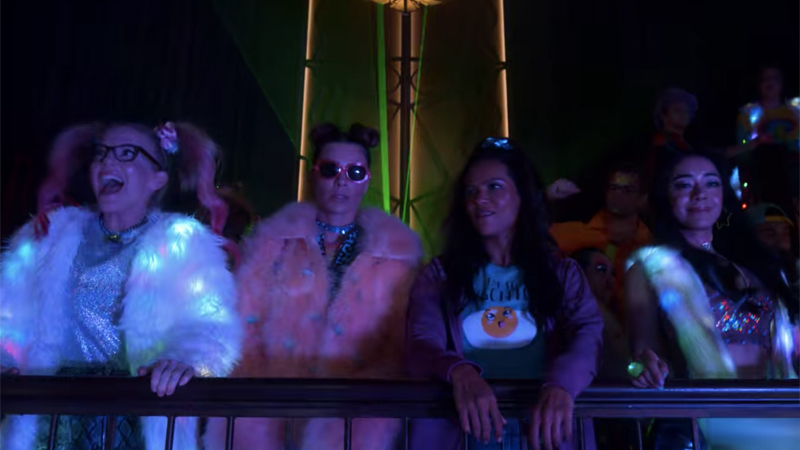 When in doubt…quadruple it out?

And as time goes on and she tries to figure out who she is, we learn that she doesn’t think she’s worthy of love. And no one around her can see the pain she’s in. She asks Lucifer if there’s a way to get a soul, or to love and be loved without one, but not realizing she’s asking him to give her hope, he brushes her off, calling her a soulless demon as if it’s a permanent condition. And he doesn’t mean it as an insult; it’s just a fact he believes is true and he’s once again too wrapped up in his own shit to see what’s happening right under his nose. He doesn’t take a moment to consider what it even means to have a soul, he doesn’t consider that even Maze asking these questions means probably anything is possible. And so Maze faces yet another rejection.

The show reaches its mid-season break on quite the cliffhanger, so I have faith that Eve could still reappear (a sentence that could also be describing Wynonna Earp‘s fourth season), or that Maze can find herself a lady love to show her that she has more of a soul than most humans. Either way, I have to imagine the events of 508 will lead the core team to realize how much they’ve hurt Maze, and hopefully she’ll find a way back into their good graces. She just needs someone to see her — REALLY see her; I have faith she can still find a happy ending of her own. She deserves it, and so do we.

All episodes of Lucifer to date is on Netflix, and the second half season of Season Five still to come, likely early 2021.