Every year my family makes mince pies during the winter festivities. My dad would marshal us a bit as kids and we’d get bowls according to our size or — as my younger brother grew taller than me — our birth order. The orange pastry was made from scratch and then a production line was set up: rolling, cutting, putting in trays, filling with mincemeat, placing lids on. Fondly described as a military operation, everyone had their favourite jobs and our mince pies were known throughout the land. 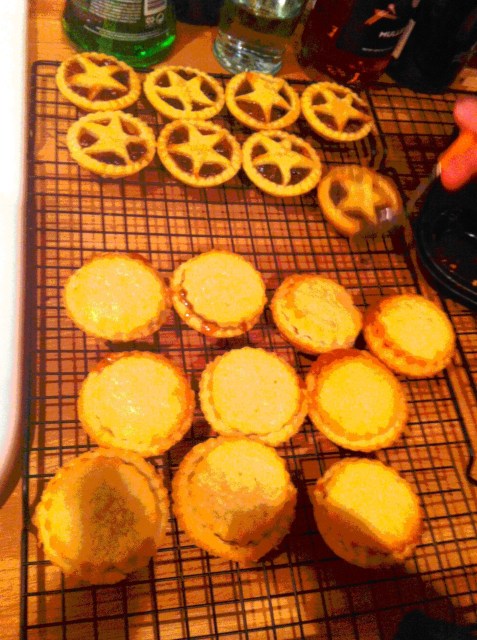 We have different types of lids for all your pastry needs!

At some point, probably around the time I became a surly teenager and wanted something of my very own to craft and control and create, I decided to start making gingerbread too. At first this was just something I did alone, but gradually my younger brother began helping me, then my older brother, and it kind of became a tradition by accident.

That is what makes food kind of magical. To me it’s not just about fuel (or in this case, sugar), it’s a tradition, or a way to feel close to someone, or a ritual, or a meditation, or a time to grieve the past, or remember it fondly, or a time to be silent and work something with your hands, or a time to laugh and listen to my rubbish music and get flour everywhere. When our parents divorced it felt like all that was familiar had gone, but in that loss we managed to carve a space out that was ours.

So here is my recipe for sibling bonding through the medium of gingerbread cookies. 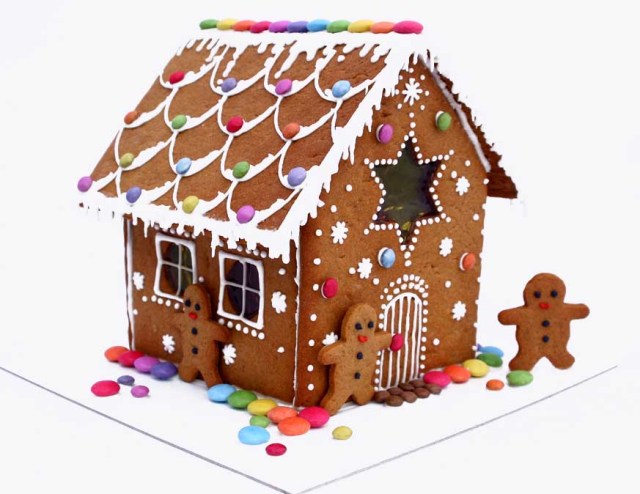 Preheat your oven to some kind of regular temperature that you normally bake at like 180 celsius (350 fahrenheit). Put the tin of golden syrup and the tin of treacle in a saucepan and put a bit of a hot water in there from the kettle. Let that bubble away on the stove to get them both nice and warm and runny. You can totally skip this step, it’s not that important now that I think about it.

Put everything apart from the flour and bicarbonate of soda into a saucepan (syrup, treacle, sugar, orange rind, spices, butter) and let it all melt together gently. This will smell amazing and anyone walking through your kitchen will immediately want to marry you/buy your house. You’re welcome.

Once the butter has melted completely and it’s all mixed into a dark brown liquid, remove from the heat and stir in the bicarbonate of soda; it’ll immediately go a lighter brown and sort of expand and puff up. I find this really satisfying for some reason. Gradually add the flour, whilst stirring with a spoon to make sure there are no lumps.

The original recipe for this says you need about 8 ounces of flour. I have always found this to be a lie so I just kind of do it by eye — basically you keep going, and your arm is gonna hurt like hell (even if you have two brothers to share the stirring). 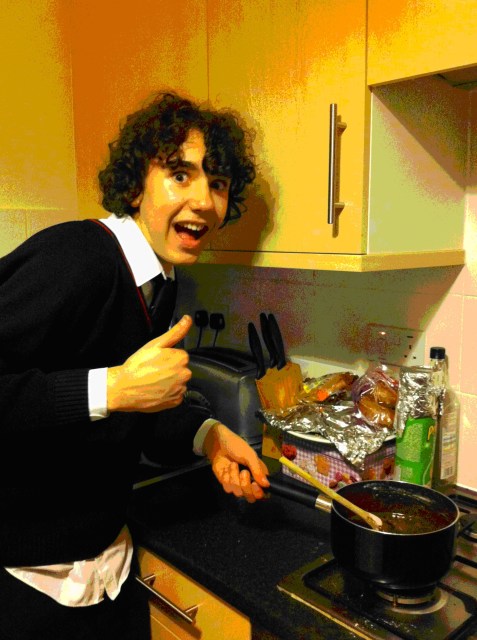 teenagers are so enthusiastic about arm pain

Once it has become a stiff dough, you need to spoon it out into a plastic baggie or a bit of clingfilm and wrap it up. Pop in the fridge until chilled — a few hours if you have them, or put in the freezer if you don’t. It just needs to be cool and firm. Which is kind of how I like my women.

Rolling! Flour your work surface and roll it to be about the thickness of a pound — I realise a lot of you reading this are American, but I dunno what coin is equivalent in terms of height so I’m going to be really helpful and just say roll it so it isn’t too thick or too thin — too thin and you’re gonna end up with really crunchy crispy gingerbread that cooks too quickly, too thick and it won’t cook in the middle. Have a play! Fuck it up! You can always make another batch! I’ll forgive you!

Use whatever shape cutters you have. I have every cutter known to man because one year a friend got me a big box full of them. My favourites are square (so versatile!) and star of David (so I can feel like a slightly better Jew). My least favourite is bicycle, which gets bits of mix stuck in it.

Put holes in them now if you want to hang them on the tree later. If you’ve made a lot/don’t have more than one baking tray then you can pile them up on a plate before arranging on a pre-greased baking tray. Give them room, they spread a tiny bit; leave maybe a couple of centimetres between each one. 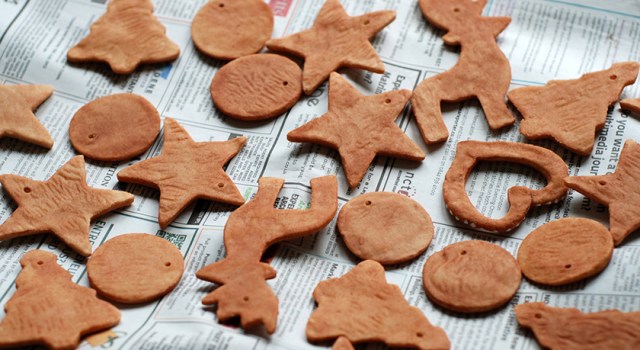 Is that an upside down deer with a mohawk?
Via gemmagarner.com

Pop in the oven for about 8-10 minutes — but keep an eye on them. These aren’t like cakes; it won’t matter if you open the oven to check. If you know yours runs hot, then check early. In my opinion you want them to be just done. The real test is if you lift one up with the spatula and underneath it has turned a light golden colour, any dark bits is uncooked mixture (which won’t kill you, it’ll just be pretty soft and floppy) – they should all be golden, try not to let them start to brown at the edges too much though because these harden up as they cool.

Disregard these instructions if making a gingerbread house or decorations – you need to overcook them for those because they need to be really hard to stand up on their own. I’m just realising how overcooked gingerbread is a very apt metaphor for me. I DON’T NEED ANYONE. I CAN STAND ON MY OWN.

Once out, leave for a few minutes before transferring to a wire rack to cool. I’m lucky in that other people are better at this wizardry than me — I always want to move things immediately, which is why most of my baking gets broken.

DECORATING! This can only happen once they are cold- so you might wanna do this as a separate fun thing the next day. If you know small children, invite them to join you (with their parents permission obvs), but be warned — children suck at making things look cool and stylish. These will definitely look like children decorated them (which can be a bonus if you’re not all that gifted in this department either, blame them for everything). 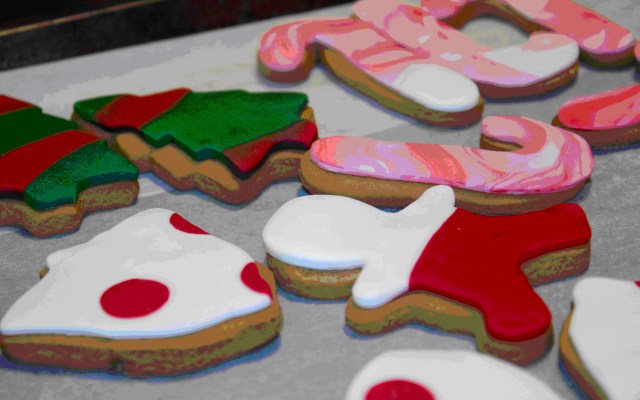 mine will never look as flawless as this. Bow down bitches
via icecreamandjelly4emmy.com

Squeeze all the juice out of the limes with this trick. Take a few hours to watch more soothing lifehack videos on youtube. Am I the only one who does this?

Come back to the lime juice and mix it with the icing sugar to make lime flavoured icing! I’ve done this with lemon juice and it’s also pretty nice. Orange juice is just kind of flavourless. And I guess if you really don’t want citrus flavoured icing you could just use water. But then we can’t be friends.

Use a piping bag if you’re feeling fancy (or a plastic sandwich bag), or just smear or drizzle with a teaspoon. Sprinkle with silver balls, edible glitter, whatever takes your fancy.

Eat. Serve to friends. Throw outside to the dogs. You don’t have to answer to anyone. Happy Hannukah!

Hattie has written 1 article for us.