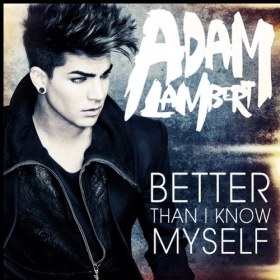 Wax and polish your ears for your virgin listen to the first single off our boyfriend’s new album, Trespassing, “Better Than I Know Myself.”

Trespassing is already looking to be a huge commercial success as it is currently climbing Amazon’s Movers and Shakers list after just one day of pre-order availability. The album will be released on March 20, 2012.

Adam says the new album represents “an exciting journey through the past two years of my life. It’s been a transformative period and I really wanted to make music from what I’ve experienced. All these songs honestly explore the ups and downs of my reality.”

Confirmed writers/producers on the album include Pharrell Williams, Dr. Luke, Claude Kelly, Bonnie McKee, Sam Sparro, Bruno Mars, Nikka Costa and possibly our very own Camila Grey. Riese has already predicted that this album will be awesome, because she has psychic powers.

Don’t forget to re-live the gorgeousness of “Outlaws of Love” after listening!

All along
I tried to pretend it didn’t matter
If I was alone
But deep down I know
If you were gone
For even a day I wouldn’t know which way to turn
Cause I’m lost without you.