As modern day queers, we know where we came from; we’re familiar with the stories of Stonewall, the Lesbian Avengers, the Daughters of Bilitis. What’s more, we respect these activists’ hard work, and we attempt to follow in their ambitious footsteps without tracking mud in the house. So it’s shocking to learn that those very same LGBT individuals who once marched for everything from civil rights to equal pay are now fighting their most difficult battles yet –not just with racism or patriarchy, but with America’s retirement homes.

Nursing homes have long been criticized for valuing monetary profit over the well-being of residents, but the treatment of queer residents was not called into question until this past decade.  The 2011 documentary Gen Silent (which is free to watch online and which I highly recommend) explores the injustices that LGBT senior citizens face while in retirement communities. It isn’t uncommon for gay seniors to retreat back into the closet upon entering a nursing home, be coerced into “praying the gay away” by a homemaker, or be blatantly shunned by staff and other residents. In their 2010 survey, LGBT Longterm Care found that only 22% of seniors were comfortable being open with staff about their sexual orientation. Meanwhile, 43% reported 853 instances of mistreatment. 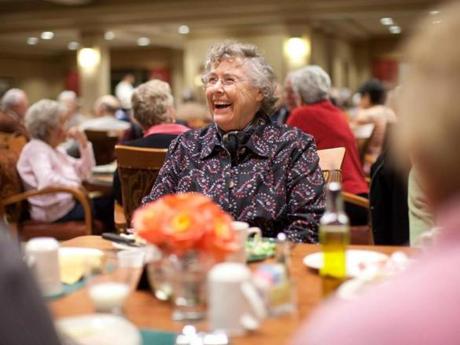 Because elderly LGBT folks grew up in an era where homosexuality was considered a disease and involuntary psychiatric treatment was very much still a possibility, they are less likely to trust healthcare professionals or consent to critical medical treatment. Between this and the homophobic abuse which often occurs in these facilities, their last years of life often wind up being more devastating than dignified.

In an interview with National Senior Citizen’s Law Center, 88 year-old Phyllis Lyon – half of California’s first legally wed couple and co-founder of the Daughters of Bilitis – talked about her personal experience with living in a residential home, including the lack of legal recognition which puts LGBT seniors at risk:

I think the people are likely to be the most…awful – if that’s a good word – about all this. There are those who don’t know people who are gay and lesbian, therefore they assume that they’re bad people, but they don’t know for sure.

One of the most important things that people should think about is if they’re a couple or have very close friends, then they need to get advanced directives so that they have something to show that they have a right to come and visit a person. 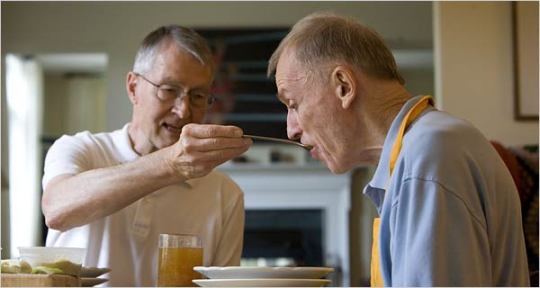 Sitting with those she considered friends, “people were laughing and making certain kinds of comments, and I told them, ‘Please don’t do that, because I’m gay.'”

The result of her outspokenness, Ms. Donadello said, was swift and merciless. “Everyone looked horrified,” she said. No longer included in conversation or welcome at meals, she plunged into depression. Medication did not help. With her emotional health deteriorating, Ms. Donadello moved into an adult community nearby that caters to gay men and lesbians.

“I felt like I was a pariah,” she said, settled in her new home. “For me, it was a choice between life and death.”

In the early 2000s, LGBT-exclusive spaces like the one Donadello moved into began popping up around the country. But because these residential facilities are often created with the use of state funding, they were initially met with resistance by the same legislators who – go figure – also oppose marriage equality. When California’s Rainbow Adult Housing complex was created, Republican senators criticized the use of $250,000 in state funds for the retirement home, citing  discrimination (because if there’s anyone in America who knows a thing or two about discrimination, it is not an 77 year-old lesbian who survived the Red Scare, but a middle-aged straight white dude):

“That is discrimination and we are subsidizing discrimination,” said Republican state Sen. Ray Haynes, who added that gay politicians in Sacramento are finding ways to funnel public dollars into projects that discriminate against straight people.

“If you want to run a business that caters to specific folks, I don’t have a problem with that,” Haynes said. “But don’t come ask the taxpayers to pay for it.”

Fortunately, times are a-changin’, and for several reasons. As the fight for marriage equality is poised to march its way up the Supreme Court steps, attitudes about gender and sexual minorities have arguably changed for the better. Furthermore, there is national medical and economic concern about the 79 million baby boomers retiring over the next decade. Between 4-8% of senior citizens currently identify as LGBT; this percentage is expected to double by 2030, when the last baby boomer turns 50. 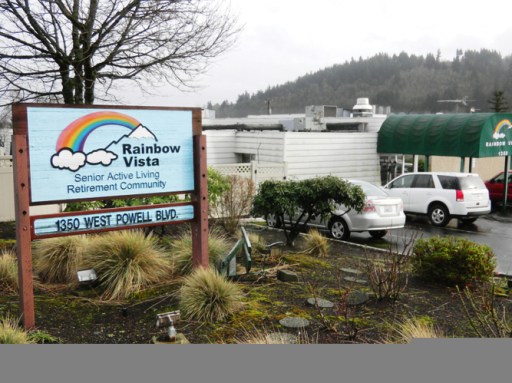 Awareness of the need for LGBT long-term care is gradually spreading. In 2005, the fabulous-sounding Encore House opened in Los Angeles. Rainbow Vista in Gresham, Oregon soon followed, as did Rose Villa in Portland, Oregon. Europe’s first gay nursing home opened in Berlin in 2008. The US government has even stepped up to the plate when it comes to taking care of our community’s elders. This past May, The White House held its first annual Conference on LGBT Aging in Miami.

What remains to be seen is whether or not LGBT long-term housing will be accessible to all aging LGBT Americans. Will these spaces be as accessible to those dwelling small towns as well as those in large, queer-friendly cities? To quote feminist Nikki van der Gaag, “Poor women are often radical women.” In their twilight years, our queer feminist predecessors deserve nothing but the best, regardless of income or location.