I don’t know how, as a culture, we carved out a niche for vampire-focused special episodes of TV. I’m not totally sure why we have so much vampire-based media in general — where is the love for werewolves, or perhaps something fresh and unexpected, like a selkie? Nonetheless, at some point in the development of the current American televisory landscape, it became a matter of course to devote at least one episode over a show’s run to vampires, as a bit, as a serious matter, or sometimes both. Somehow we have enshrined vampirism into the pantheon along with Christmas, Halloween and sometimes Thanksgiving as deserving of its own 20-45 minutes in the sun each year, particularly in the realm of procedurals, and you know what, sure! Why not. Vampires as conceived in various founding myths are weird, scary, and sexy and/or gross, all of which are strong elements of good television; today, we celebrate those things, and each other. 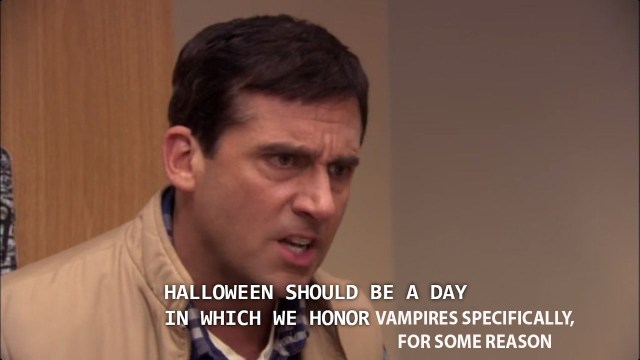 The characterizing elements of a Vampire Episode, as I see it, are this: it must prominently feature the idea of vampires as part of the A-plot; however, the show’s overall plot and larger universe cannot have vampires as a central theme or recurring element (although they can exist in the world of the show), or that is no longer a Vampire Episode but a regular episode of a Vampire Show. For this reason we will not be discussing Buffy, The Vampire Diaries, the Originals, the Strain, Penny Dreadful, Supernatural (thank god) or like two dozen other shows today. A Vampire Episode does not have to occur in a procedural, but often does, for some reason. It does not have to be a Halloween episode, but is allowable. The vampires can be real or revealed to be fake, and also what is “real” anyway, you know, when you think about it? Much to think about. This is not all of the vampire episodes ever made, but they are pretty good ones, if I do say so myself. 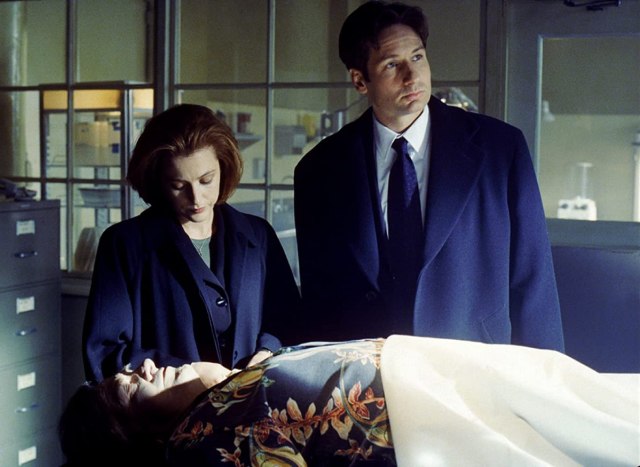 It would be difficult to accuse the X Files of ever doing too little, and this ep is a great example – often media has to decide whether vampires are a) scary or b) sexy or c) not real and just humans playing dress-up, and here the X Files was just like, why choose! Maybe we really can have it all. Come for the vampires, stay for Mulder being real horny for a woman who seems from where I stand like a raging lesbian. He has a type! Also a delight to consider the role of this episode in the larger universe of the X Files where somehow all the shows’ supernatural phenomena exists simultaneously, implying that these vampires and the Bad Blood vampires coexist. 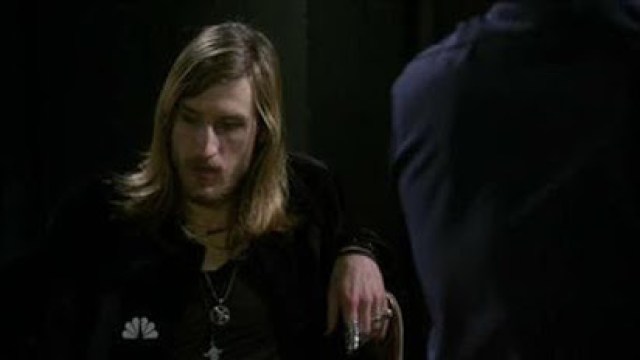 You could be forgiven for not really thinking of this one as a vampire episode, as it is also the Kathy Griffith plays a militant lesbian in charge of the police-critical group LesBStrong who launches a campaign against the SVU while also trying to make a pass at Benson (and Stabler??)? Lots going on here. You can reminisce about it more fully here, but in the meantime we have vampires to discuss – in particular Trey Greenway of death metal band “Vampyre Sacrifyce,” who drinks the blood of his fans. When it is revealed that the blood-drinking only occurs after mutual consent and testing (!), SVU is forced to back down, delivering an important lesson about consent and RACK with SVU’s trademark nuance and delicacy. 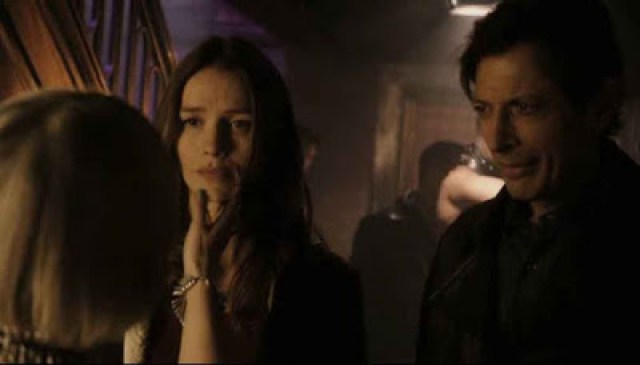 If I’m being honest I wrote this entire article so we could talk about this episode, because it is a trip. If you are on some sort of painkillers currently that impact your sense of reality or perhaps feverish, you should either definitely or definitely not watch this episode, depending. First of all, a reminder that there were whole seasons of TV where Jeff Goldblum was a main character on Law & Order: Criminal Intent? The deep dive into “vampire culture” as imagined by the creative minds at Law & Order headquarters truly pays off. Get ready for a lot of goblets! 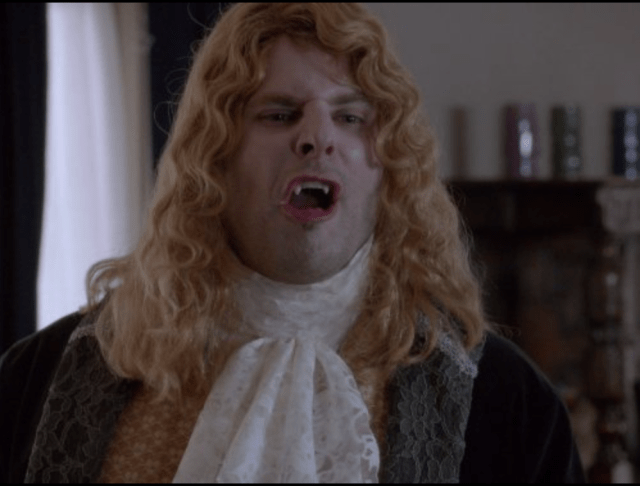 I personally find Psych a great background watch or palate cleanser after I’ve watched, like, The Keepers; you may not, and that is okay! I think we can agree, however, that of all the centuries of pop culture vampires to reference in a procedural sitcom (is that a genre?), the vampires of Interview with a Vampire are absolutely the funniest. 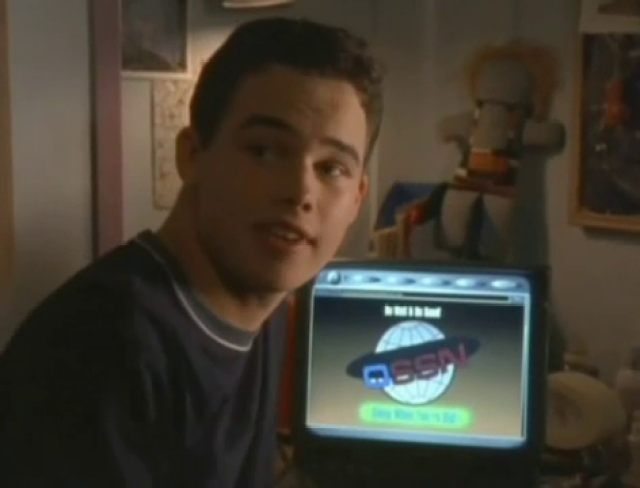 It’s possible that So Weird will never receive its critical due, which is just my personal cross to bear and it’s fine, whatever. But if you do have Disney + and want to revel in how clever and early 2000s it was to have “a dorky study group online where the forum moderators are all teenage vampires,” this is the time! 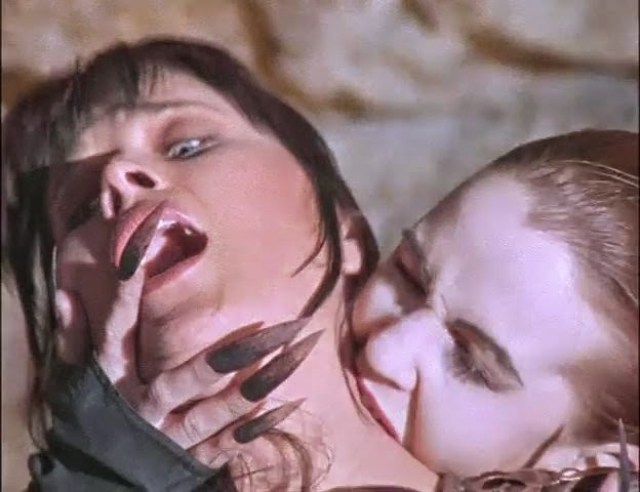 Lmao this episode description!: “There’s subtext-as-text, and then there’s Xena. In this 42-minute runaround of network restrictions, Gabrielle hunts for bloodsucking Bacchae and ends up enjoying the company of women a little too much. It includes Xena begging Gabrielle to turn her, and someone asking if you can tell just by looking if a woman’s really a… Bacchae.”

What are your fave noncontiguous and tonally baffling yet ultimately delightful vampire episodes? Enlighten me!