Yesterday was Veterans’ Day in the US, which meant no school for the high school crowd, which meant that when I set foot on my college campus in the morning, I was almost immediately run over by a parade of prospective students and their backwards-walking tour guide. Affectionately known as Prospies here at Vassar College, they are led like scared sheep donned in high school attire mixed with varying interpretations of “college clothes,” accompanied by parents or teachers. They wind through our student center, classroom buildings and a dorm or two, led by a student who has been thoroughly vetted to present this fine institution in the shiniest of ways. 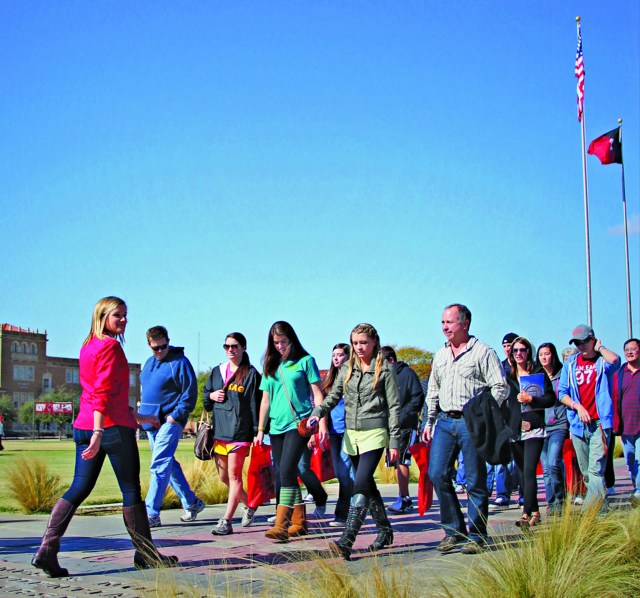 My school is a pretty queer place, but not all schools are, and even my school has its days when it doesn’t love to flaunt its queerness because that might be off-putting to some people. Even if you go to a school where they are all about the queers all the time no matter what, it is entirely possible that it’s hard to tell from the tour.

No matter what kind of school I attend, I want the queer kids on the tour to know about the queer kids at the school. How do you go about this if you are not a tour guide?

Friends, you can Queer the Tour.

I was totally that queer girl, walking near the back of the tour with my dad, scrutinizing the students for hints that queer people were among them. I remember almost nothing about touring colleges, except where I saw girls holding hands, flyers for screenings of But I’m a Cheerleader, and people wearing Day of Silence stickers. Now I’m at a super queer school. It worked.

There are various ways to queer a tour for the high school students looking for a queer community at your college. Here are some options, some of which I’ve done in real life, some of which I think would be mad cool. They’re based on my experience at a school with a lot of queer organizations and events and people, but you can do these things all over! Modify them to make them work for you. 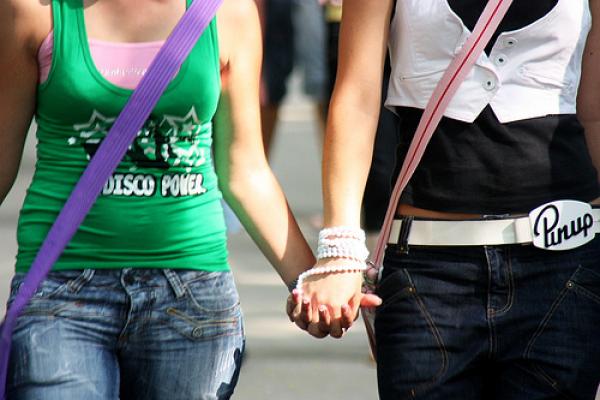 This step is not queering a tour per se, but it is queering the prospective student experience. If you see Prospies around campus, strike up a conversation with them. Tell them about the great class you took on queer graphic novels and then tell them about the LGBTQ Center-sponsored hike you went on last week.

Strategic Tabling for Your Club/Organization

If you’re part of your school’s queer coalition or gay union or rainbow club, do things that publicize your club on days when there will probably be lots of prospective students on campus – flyer, set up a table in the student center, have a bake sale – sell GAYKE. High-traffic days are often federal holidays or school breaks, but your school might also have days that are designated open houses or recruiting periods that bring in a bunch of people. 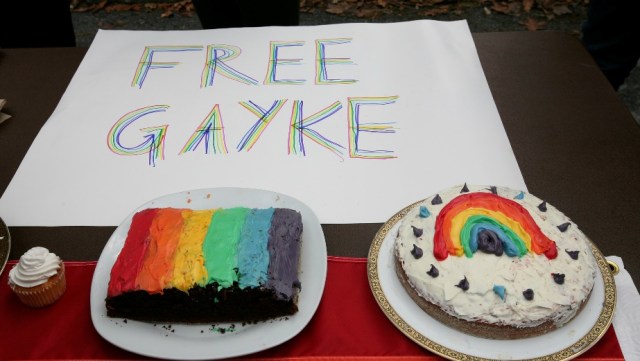 Be a Tour Guide

An AMAZING way to queer the tour is to become an ACTUAL tour guide. This is hard. If your school is anything like my school, becoming a tour guide is an arduous and bureaucratic process that involves both figuratively jumping through lots of hoops to prove you won’t say things to drive people away from the school, and literally learning to walk backwards. Becoming a tour guide in order to queer the tours may quite possibly involve acting your way through the interview process, and then modifying the tour to include things that could be of interest to queer students, like your school’s LGBTQ center, Women’s and Gender Studies Program, gender neutral bathrooms, or the general environment for queer people at your school. I don’t know anyone who has actually done this, but I believe in you! Fight the system!

Keep an eye out for the queers on the tour, and let them know you’re here. Go forth, and queer the tours! 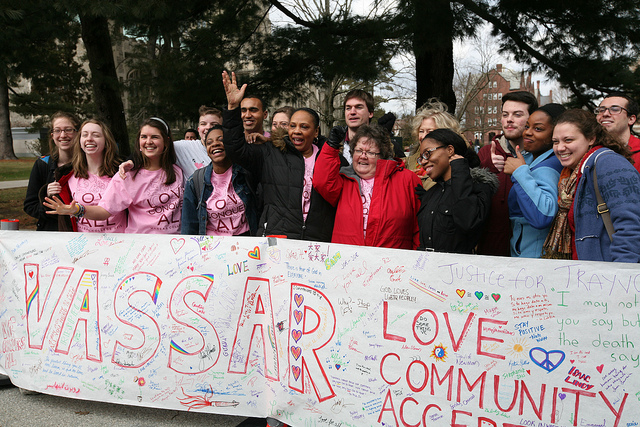 Have you queered a tour lately? Did you search for signs of queer life on your college tours? Let’s talk about it in the comments!

Maddie is a student activist, Women’s Studies Major and friend of the Geography department at Vassar College. She runs, reads, hikes and is known for photoshopping her friends’ faces onto weird images.

Before you go! It takes funding to keep this publication by and for queer women and trans people of all genders running every day. And A+ members keep the majority of our site free for everyone. Still, 99.9% of our readers are not members. A+ membership starts at just $4/month. If you're able to, will you join A+ and keep Autostraddle here and working for everyone?
Join A+
Related:collegelesbian college lifeLGBT youth