Obviously in response to our roundtable in which several (three) human beings (one of them was me) asserted that love is a lie, Out Magazine has released their Valentine’s Day cover two months ahead of time, and it features certified cuties, Autostraddle merch fans and excellent humans Samira Wiley and Lauren Morelli kissing! 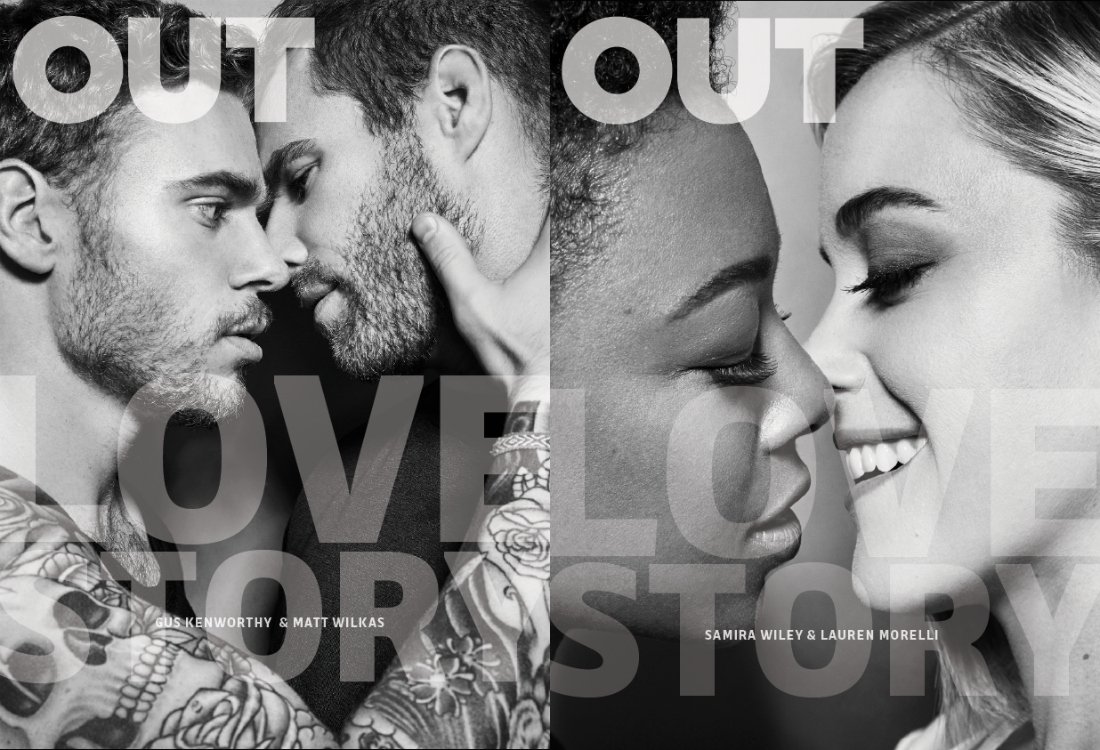 Here’s what the couple had to say about how they first met, saying “I love you” for the first time, and about that one time when Morelli wrote the episode where Poussey was killed. You can read the entire interview here.

Wiley on the first time they met:

“… Lauren wrote episode six of the first season [of Orange Is the New Black], one of the first scripts really featuring my character, Poussey. We spent four days in row working together. Honestly, I thought she was gay the first time I met her.”

Morelli on the first time they met:

“… I was on set, sitting in front of the monitors, and she and Lea DeLaria, who plays Big Boo, walked up to me. Our set is like a lesbian utopia, and I remember thinking, They’re flirting with me.”

Morelli on her sexuality:

“I started questioning my sexuality as a result of being in the writers’ room and talking about all the themes on the show. I was still very confused, but I knew the attraction between us felt magnetic.”

Wiley on saying “I love you”:

“I was so scared to be the first to say ‘I love you,’ so I did a little pussy version. I said, ‘I heart you,’ which actually ended up in one of Lauren’s Orange scripts. I believe Alex says it to Piper. It felt safer than using the L word. It’s hard to step out on that limb. I thought I’d just be one of those people totally in love with her friend.”

Morelli on mixing business and pleasure:

“Being able to write words for someone as talented as she is, watch her perform what I write, and then go to bed with her is the best thing. Last year, police brutality against black people in our country was something we were talking about a lot. It felt really important for the show to address it. Also, we hadn’t had this heartbreak tragedy yet, and when Jenji [Kohan,Orange creator] came into the fourth season, that was her mandate. I was obviously honored to write the episode in which Poussey is killed. When I sat down to write the scene and typed the part when she dies, I just started sobbing. I called Samira sobbing so hard that I couldn’t get the word out. I’d never had the experience of not only killing a character, but killing a character played by my girlfriend.”