Larry King Live featured a roundtable celebrities including Kathy Griffin, Wanda Sykes, Lance Bass, Chely Wright and Tim Gunn who have rallied together in support of The Trevor Project and to explain to America just how we’re f*cking up our kids.

Kathy Griffin echoes Sarah Silverman when she cites Don’t Ask Don’t Tell and Prop 8 as America’s clear message to teens that gays are unequal.  She is also putting her money where her mouth is and donating the proceeds from her December 16th Los Angeles live show to The Trevor Project.

“I’m going to give my entire salary to them… I’ve been bullied… I remember one time I was getting my butt kicked in a park when I was a little kid. And I’ll never forget a guy walking by with a briefcase, just walking by. And I feel like at this time we can’t be that guy anymore. We can’t walk by anymore.”

Kathy also just released her “It Gets Better” video.

“I mean, just as a black person… I know things have gotten a lot better, but there’s parts of the United States that I would be afraid to go to as a black person. I mean, it’s just something that we’re born with, innate. When I go to a place, I check it out, I look around, and I go, ‘OK, is it cool for me to be here?’ And then as a gay person, I have to do the same thing. Until we have laws and until there is a strong presence that says, ‘Hey, this is not right, we’re not going to put up with it’, and it’s just taught down to the kids, then it’s not going to change.” 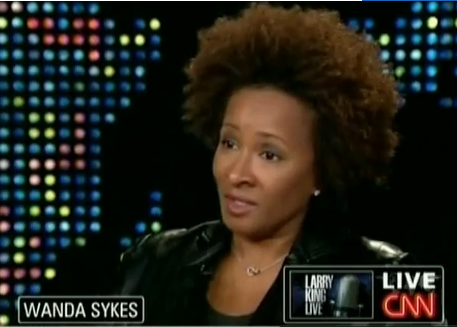 Lance Bass expanded on his “It Gets Better” video regarding bullying gay teens in high school:

Chely Wright says she has been bullied since coming out and is hopeful the situation will soon change:

“I felt desperate enough that I wanted to end my own life. And I’m very lucky that my suicide attempt was not successful.”