When Kristen Stewart arrives on the red carpet this March to celebrate her first-ever Oscar nomination, for playing Princess Diana in Spencer, she will be the first-ever Lead Actress nominee to bring her girlfriend/fiancée as her date. (Unless she leaves Dylan Meyer at home which feels unlikely and would wound me personally.)

She’s not the first-ever gay woman nominated for Best Actress, but she is amongst a very small cohort of out queer women to earn a nod: only bisexual performers Angelina Jolie and Lady Gaga share that honor. Three other queer actors received Best Lead Actress nominations prior to coming out: Jodie Foster, who earned three nominations in the ’90s; Elliot Page, who was nominated in 2007 for Juno and has since come out as a trans man; and Cynthia Erivo, who was nominated for her role in 2019’s Harriet and came out in 2021.

Then we have the legendarily queer and highly decorated cohort of early Hollywood actors whose sexualities ranged from “open secrets” to “actual secrets” to “maybe not”: Greta Garbo, Marlene Dietrich, Katherine Hepburn, Barbara Stanwyck and Joan Crawford.

In the Best Performance by an Actress in a Supporting Role category, Ariana DeBose will be the tenth LGBTQ+ actress celebrated by the Academy in that category, for her role as Anita in West Side Story. Debose dated props master Jill Johnson for several years beginning in 2014, having met her while both were working on the Motown: The Musical tour in 2013, and she is openly queer.

Previous queer nominees for Best Actress in a Supporting Role include Tatum O’Neal (1973), Lily Tomlin (1975), Jodie Foster (1976), Eva La Gallienne (1980), Linda Hunt (1983), Anna Paquin (1993), Angelina Jolie (1999), Queen Latifah (2002), Tilda Swinton (2007), and Cynthia Erivo (2021). Again, Jolie is the only actor “officially” out at the time of her nomination, although Tomlin and Hunt were both already in relationships with the women they’d eventually marry. In the “unconfirmed but definitely not straight according to me personally” bucket we have Spring Dell Byington (1938) and Sandy Denis (1966), who won for Who’s Afraid of Virginia Woolf? 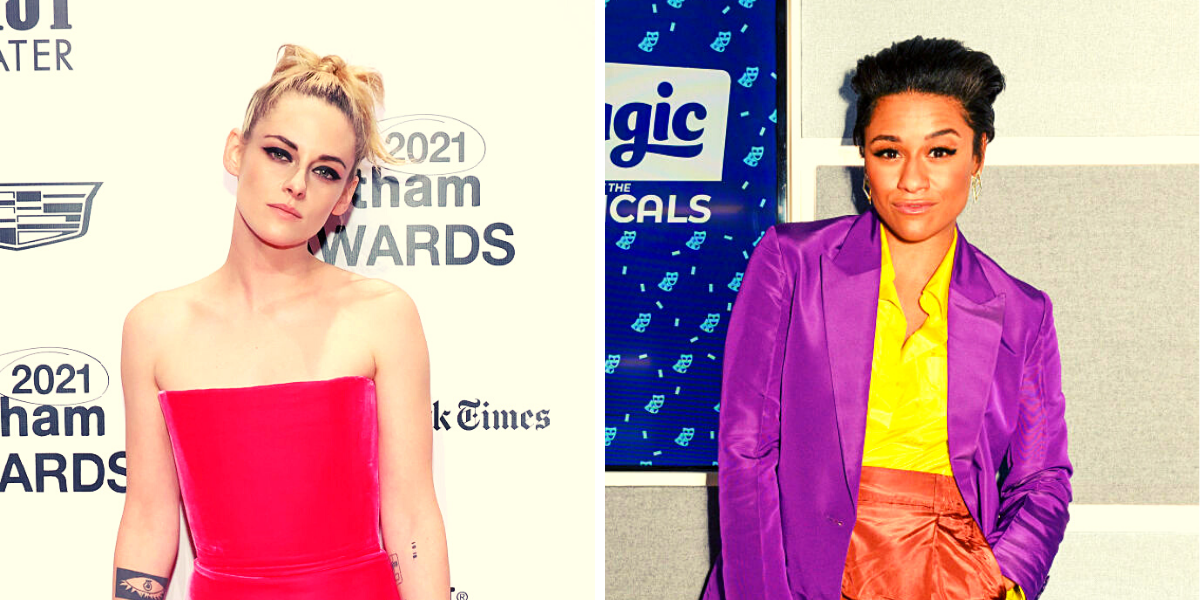 This is the first time two out queer women have been nominated in acting categories in the same year.

There’s a few other LGBTQ+ items to celebrate:

The year’s most-nominated film, The Power of the Dog, is gay, and Benedict Cumberbatch and Kodi Smit Mcphee are nominated for playing gay roles.

Jessica Chastain was nominated for Best Actress for The Eyes of Tammy Faye, in which she played the titular Tammy Faye, an icon in the gay community. The film gets into her early displays of allyship, including bringing an HIV-positive gay pastor onto her show.

Pedro Almodóvar’s Parallel Mothers, which Drew called “a masterpiece of Mommy issues,” earned an acting nomination for Penelope Cruz’s queer role and another for musical score.

The very queer and very fun The Mitchells vs. The Machines, centered on a queer teen, was nominated for Animated Feature Film. So was Flee, which tells the story of a gay man named Amin Nawabi, fleeing Afghanistan for Denmark as a refugee. Encanto, which stars queer actresses Stephanie Beatriz and Jessica Darrow, was also nominated for Best Animated Feature.

In conclusion, if you are curious about whether or not you have what it takes to be nominated for an Oscar for playing Princess Diana in Spencer, take our “Which Kristen Stewart Movie Are You?” Quiz.