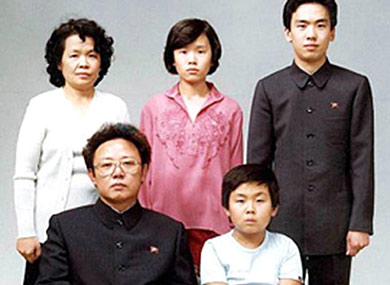 In what seems to be the Year of Oppressive Humans/Dictators Dying (see also: Osama bin Laden, Qaddafi), it was announced today on state television coming from North Korean capital Pyongyang that the psychopathic “Dear Leader” of North Korea, Kim Jong-il, has died. The apparent cause of death is “fatigue.”

The Wall Street Journal describes Jong-il as a dictator “who used fear and isolation to maintain power in North Korea and the threat of nuclear weapons to menace his neighbors and the U.S.” Gawker describes him as a “terrifying crackpot leader.”

Kim Jong il has been in power of North Korea since his father, “guerilla fighter-turned-politician” Kim il-Sung‘s death in 1994. Kim Jong-il’s youngest son, Kim Jong-un, will be the new leader of the Communist country. In 2009 it was rumored that Jong-un had been drinking heavily since his mother’s death and was now “overweight and may be saddled with health problems like diabetes and heart disease due to lack of exercise.” 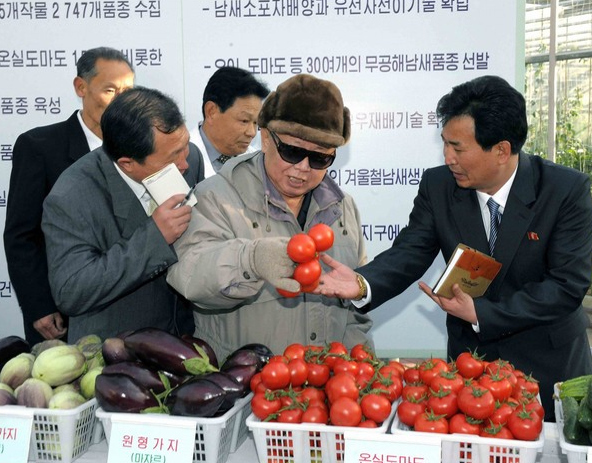 His eldest son, Kim Jon-nam, was disqualified from succession in 2001 when he was caught trying to get into Japan allegedly to visit the Tokyo Disney Resort, using a forged Dominican Republic passport. He was deported to the People’s Republic of China. In 2000, Jon-nam’s aunt had said that Jon-nam “does not wish to succeed his father” and that he was “interested in film.”

It has been speculated that 30-year-old Kim Jong-chul, Kim’s middle son, was deemed “too effeminate to rule the nation” which led to some “unofficial speculation about his sexual orientation.” Earlier this year Jong-chul was allegedly spotted in Singapore, attending an Eric Clapton concert.

Same-sex marriage is not legal, and some defectors have said that there’s a great deal of pressure on gay North Koreans to marry an opposite sex partner. Voice of America’s Korean Service says that all talk of homosexuality is forbidden. It’s believed that in North Korea, homosexuality is one of many factors blamed for the West’s “moral decay” and is associated with consumerism, classism and promiscuity. In 2010, North Korea allegedly started a facebook page where it identified itself as gay. That is not actually the case. 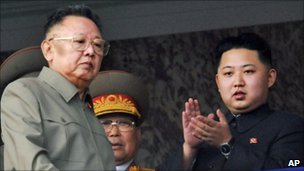 Kim Jong-un with his father

Jong-il’s waning health has been rumored for some time and it’s reported he suffered a stroke in 2008, but in carefully constructed state media coverage of his activities since then, he has appeared in relative good health. The USA Today says that “the communist country’s “Dear Leader” — reputed to have had a taste for cigars, cognac and gourmet cuisine — was believed to have had diabetes and heart disease.”

In America generally everyone’s been warily scared shitless of this bizarre dude, who was declared a member of an “axis of evil” by our BFF George W. Bush, who also described Kim as a “tyrant.” Psychiatrists have determined that Jong-il possesses the “big six” group of personality disorders (sadistic, paranoid, antisocial, narcissistic, schizoid and schizotypal) also shared by Hitler, Stalin, and Saddam Hussein.

Jong-il died on a train, which is how he always traveled because he is afraid of flying.  Jong-il enjoyed films such as Rambo and Friday the 13th, was a big Elizabeth Taylor fan, and at one point kidnapped a South Korean film director to build a film industry in North Korea. He also enjoyed the NBA, musicals, and opera, and referred to himself as “an Internet expert.”

The BBC reported last year that due to its isolation, North Koreans have “develop[ed] a way of living seldom seem elsewhere: People cut the roadside grass with scissors, a time-consuming act, and wash the city pavements with scrubbing brushes and cloths, items usually reserved for the home. The city is drab and colourless and there are few new buildings going up.”

In conclusion, Jong-il was an asshole, and now he’s dead. 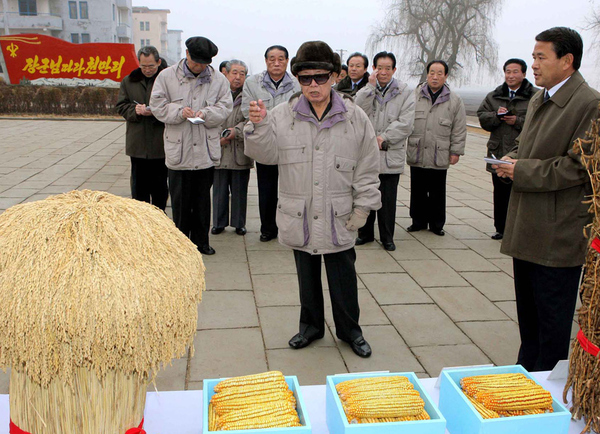