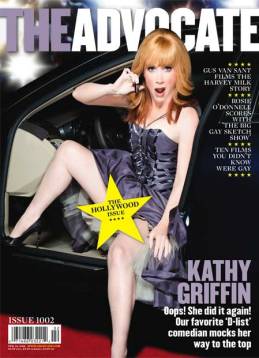 First the bad news: Kathy G. officially confirmed that My Life on the D-List is dunzo.

“Reality is great, but I really didn’t set out to be a reality star. So now it’s time to spread my wings and show that I’m a little different than Kate Gosselin. I’m not saying better but maybe separate myself from the pack a little bit.”

Now the good news: Bravo has booked her for an unprecedented four stand up specials for 2011, the first of which will tape this Feb.

Much like Lady Gaga, Kathy is one of our greatest allies, using My Life on the D-List as an amazing platform to advocate for the gay community. She has dedicated entire episodes to Prop 8 and Don’t Ask Don’t Tell and featured an incredible number of gay & gay-adjacent guest stars on the regular including Johnny Weir, Rosie O’Donnell, Margaret Cho, Melissa Etheridge, Tammy Lynn Michaels, Kristin Chenoweth, and Suze Orman.

What was your fave D-List episode? RIP.  (@people) 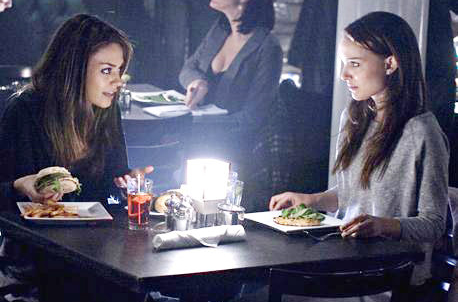 Are you all as obsessed with Black Swan as we are? Well, our brand new wife Mila Kunis completed a delightful interview with The Advocate to celebrate our union. Obvs she knew every homogay’s head would explode upon seeing her in Black Swan…

“Well, we didn’t have Cher in our movie, but we figured gay people would still be into it. I grew up in West Hollywood, in the heart of the gay community, so I’ve always been attuned with the gays. My first gay friend came out in junior high, but I always gravitated toward gay people. I never thought it was weird to see two guys holding hands and making out. It wasn’t until I was about 19 when I realized that the whole world didn’t share the same views as I did.”

And just to confirm her character’s non-lesbianism:

“Not at all. I just saw her as a free spirit living her 20s in New York City.”

Ramin Setoodeh took his lazy slipshod arguments on the road and brought along Howard Bargman, the Hollywood publicist responsible for the coming out-a-palooza of Chely Wright, Meredith Baxter and Chaz Bono (among many others). In the second segment (which isn’t online yet – stay tuned) Bragman comments that while there aren’t any out movie stars, Amber Heard may be the great gay hope with two big movies (co-starring Johnny Depp and Nicolas Cage) out this year. Neither one really has much of a point but Joy Behar sure seems entertained by their theories. 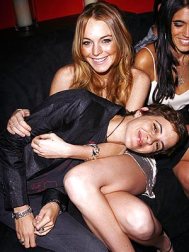 Our hopes and dreams for Lindsay and Samantha are about to collide because it looks like LiLo is moving right next door to Sam, who is none too pleased. Dawson Cryface. That’s an exes worst nightmare right there. Would you ever move to the same block as your ex? Or, is this Lindsay’s elaborate plan to win Sam back? I’ll stop analyzing. (@radaronline)

Now that you know who the hell she is, you might appreciate the trailer for her new movie, The Ward.