Remember how despite appearances, and despite the fact that a gay couple in California isn’t currently able to get married, Prop 8 was actually struck down in court? Because Judge Vaughn Walker ruled that it was unconstitutional and discriminatory? Since the ruling, there’s been an ongoing campaign from the Yes on 8 side to try to overturn his ruling, which hasn’t been successful even though the injunction filed almost immediately after the ruling in order to stop marriages from occurring was. We’re still in the throes of the extremely drawn-out appeals process as far as the actual ruling goes, but a fun thing that the Yes on 8 crowd has been doing in the meantime is attempting to argue in court that since Judge Walker has been revealed to be gay himself, his ruling should be thrown out and he should be recused from the case. 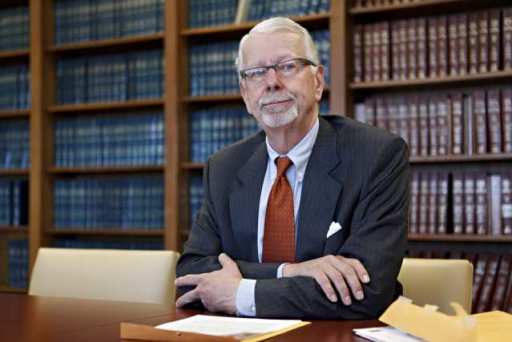 This originally happened back in June; the next day, Judge Walker’s replacement, Judge Ware, decided that Walker’s ruling was perfectly legal, in spite of the fact that (as I said at the time), “Judge Walker, like all other humans, has a sexual orientation.” His exact words:

After considering the Oppositions to the Motion and the governing law, as discussed below, the Court finds that neither recusal nor disqualification was required based on the asserted grounds. The sole fact that a federal judge shares the same circumstances or personal characteristics with other members of the general public, and that the judge could be affected by the outcome of a proceeding in the same way that other members of the general public would be affected, is not a basis for either recusal or disqualification under Section 455(b)(4). Further, under Section 455(a), it is not reasonable to presume that a judge is incapable of making an impartial decision about the constitutionality of a law, solely because, as a citizen, the judge could be affected by the proceedings. Accordingly, the Motion to Vacate Judgment on the sole ground of Judge Walker’s same-sex relationship is DENIED.

Seems pretty clear-cut, right? Well, apparently not, because now the exact same thing is happening all over again! Somehow, the Ninth Circuit Court of Appeals has ended up having to hear this same argument — that because Judge Walker is in a relationship with a man, his legal competency and ability to perform his job is compromised. The good news is that so far, most major news sources appear to be viewing the decision as almost a foregone conclusion, describing the judges as “reluctant” to entertain the notion that Judge Walker was too gay to function responsibly in the courtroom. They noted that for someone who allegedly had a personal stake in being able to marry, Judge Walker didn’t actually take advantage of it during the brief period that he was able to. And more importantly, that it’s silly to consider whether or not that was an option, because it’s not a standard that’s in any way reasonable or logical. From Mercury News:

In particular, the judges were skeptical that Walker had an obligation to disclose whether he had a desire to marry his partner before the January 2010 trial. “Does he have to say “I have no interest in ever being married, or someday, if I meet the right person, I might want to get married?'” Judge Stephen Reinhardt asked Proposition 8 lawyer Charles Cooper.

As they’ve done throughout the Prop 8 trial and its aftermath, No on 8 lawyers Boies and Olson said everything exactly right, “asking the Ninth Circuit panel whether a heterosexual judge committed to opposite-sex marriage would have to disclose that information or recuse himself or herself.” The issue at stake is simple: that a definitive part of the job of a judge is to make decisions about what the legal system of the United States calls for in a way that’s objective and based on their legal education, not their own opinions about how they would like America to look. If Judge Walker isn’t capable as a judge of looking at the issue of marriage equality from a balanced legal perspective, we then logically (that is, if we’re operating on logic instead of thinly veiled bigotry) have to question whether any judge who’s ever had marital conflict can rule in divorce proceedings, whether any judge with children can rule on a family custody case, whether anyone who fears their loved ones or themselves being raped or murdered can ever rule in a case dealing with those crimes. The judges of the Ninth Circuit Court of Appeals are well aware of this, and so the argument for Walker recusing himself seems to be pretty uninteresting to them.

Although it seems unlikely that the Ninth Circuit will rule against Walker, one part of this case is still open for speculation: also brought up in the courtroom was the ongoing issue of whether or not the full videotapes of the original trial, which have existed for  years, should be released to the public. Yes on 8 argued, as they have before, that releasing the tapes would put witnesses in danger of intimidation and harassment. Since witnesses are already identified by name on transcript, this seems a little confusing, and the judges didn’t seem sold. But that doesn’t mean they were convinced by Olson and Boies’ argument that they deserved to be publicly available, either, since full transcripts of everything said in the courtroom are already there.

This is likely a minor digression in the long, winding story of Prop 8’s beginning and (hopefully) end, but it may also be the last time Prop 8 is brought up in court before the issue isn’t just the technicalities of the case, but the constitutionality of the initiative. Which, if that argument makes it to the Supreme Court, may end up deciding for the entire country whether or not bans on same-sex marriage are constitutional anywhere. The National Center for Lesbian Rights issued a statement on this week’s proceedings saying “We expect and believe the Ninth Circuit will see these moves by the Prop 8 proponents for what they are: a desperate attempt to divert attention from their utter failure to offer any good reason to uphold this blatantly discriminatory ballot initiative.” The Ninth Circuit Court of Appeals could issue their ruling on this case at any time, at which point we’ll only be waiting on the big decision: whether Prop 8 can defend itself in front of the state of California and maybe after that, the nation.