When I sat down at my computer this morning, the sun was up. It went down three hours ago, but I’m! Still! Here!

Hahahahahahaaaa. Life. What can you do.

“A year and a half later, Thora and I were crowding around the desktop monitor at the hotel boutique we worked at. She’d gotten me the job a few months prior—a godsend to be able to work somewhere looking how I wanted and under my own name after my previous part-time job, where I’d pretended to be a man long after he stopped existing. Our sisterhood was bonded through many shared experiences in those early years, one of them being the release of Sophie’s “It’s Okay to Cry.” The video, which broke with the artist’s tradition of pitching up her voice and singing through cisgender stand-ins, served as either an unspoken coming out video or a sardonic performance of emotional authenticity. “I think it’s kind of ridiculous that you need to do a video that’s a close-up crying in the rain for people to know that you’re a real person,” Sophie later told Thora in a 2018 Lenny interview published a month after the release of Oil of Every Pearl’s Un-Insides, her only full-length album. Regardless, it felt real for us—she felt real for us, or perhaps, as Courtney Love once sang, so real she was beyond fake.”

Sophie Made You Feel by Harron Walker for Jezebel. RIP.

Second Grade Girl Expelled From Christian School Over Girl Crush, Mom Says. Ok but get ready to have your heart broken: “The 8-year-old Oklahoma student questioned whether God still loved her after the incident, her mom told NBC News.”

How Transphobia Became Rife in the Gender-Based Violence Sector. Gal-dem’s deep dive into the violence against women sector reveals a dark underbelly of transphobia, perpetuated by powerful feminists. 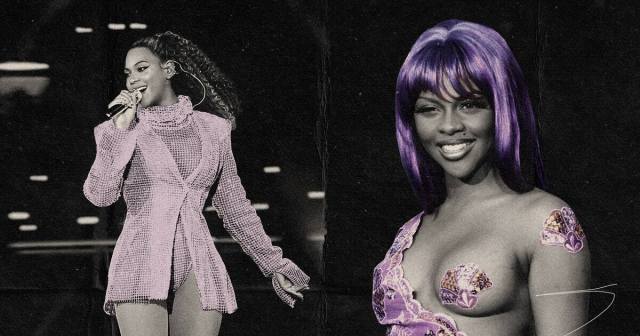 3 Black Fashion Historians On Black Culture’s Most Influential Fashion Moments. I will never forget Lil Kim’s titty sticker as long as I live. Real formative moment for me as a tween.

Recommended today by Himani: White Ladies — Curl Up in Your “the Future Is Female” Sweatshirt and Read This Instead

Corky Lee’s Photographs Helped Generations of Asian-Americans See Themselves. Click through for some stunning art that is simultaneously also… our humanity. May he rest.

And now a special edition for all you sports fans out there, written by Natalie…

Saw This, Thought of You: Sportsball Edition

+ After weeks of rumors and negotiations, WNBA teams started finalizing deals with free agents around the league this week. Here’s a look at the player movement we’ve seen, through Day 2 of the Free Agency:

+ The USWNT has announced its roster for the upcoming SheBelieves Cup. Two notable omissions? Ashlyn Harris and Ali Krieger.

OK this is just cool — in 2019, Nevada got the United States’ first majority-woman legislature, and when the session began this year on Monday, nearly 60% of its 63 members were women.For the first time there, or in any statehouse in America, women will have majorities in both chambers.

It’s almost 24 hours later, and I still haven’t stopped thinking about this. Just playing in my head on a loop. (Trigger Warning for the Video: it briefly discusses past sexual assault, all around PTSD and trauma. I don’t often give trigger warnings, so please seriously heed my advice.)

In Alexandria Ocasio-Cortez, Survivors Found a Voice: ‘I Felt With Her the Deeply Vulnerable Pain of Telling Someone’

Carmen has written 534 articles for us.