Taxes aren’t fun for anyone, but they’ve always been a double headache for gay couples. For any given gay couple around tax season, it’s likely that they haven’t been able to legally wed, and so their taxes have to be filed as if they were the “roommates” their families have always tried to pretend they were. Even for couples whose marriages are recognized by their state, DOMA means that they’re still not recognized by the federal government, so state and federal taxes have to be filed differently. It’s a nightmare no matter how you look at it. 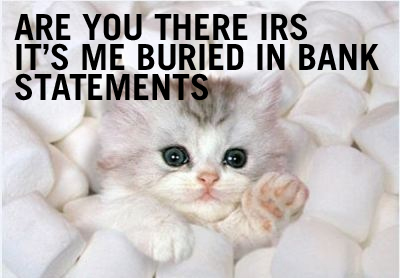 For some couples, it was even worse this year. Efforts to deal with the legal inconsistencies of the situation have, shockingly, made everything incredibly messy:

To deal with one of these conflicts, the I.R.S. said last year that same-sex couples in states with community property laws (California, Nevada and Washington) should combine and then split their incomes for their federal returns. The motivation behind the change was fairness: heterosexual married couples can combine incomes, which can lower tax brackets and overall taxes paid if one spouse earns more.

Which would have been nice if it worked. Instead, many couples were forced to hire outside tax assistance to help put together the now enormously complicated return, which was too much for any DIY tax return software to handle. A few actually did save money with the new system, but since some had accounting fees as high as $4000, the net benefit of the new rule is debatable. Experts say a “significant number” of same-sex couples did not comply with the new rule at all; the hassle wasn’t worth it to them.

All this would be frustrating on its own, were it not for the infuriating letter that at least 300 taxpayers received from a mysterious manager within the IRS, which rejected their return entirely. It read: “Your return includes income or tax liability for more than one taxpayer, other than husband and wife.” Signed by “J. Bell,” a person whom the IRS doesn’t know about or doesn’t seem willing to divulge anything about, the letters would have to feel very much like a personal dig. In a statement this week, the I.R.S. said that the letters had been “incorrectly sent” because of a processing error and that it “apologizes for this mistake and sincerely regrets any inconvenience to taxpayers.”

So far the origin of the letters seems completely mysterious; the IRS is saying only that he or she is a manager whose signature was “system-generated.” The families who received it are, understandably, angry; tax consultants are confused as well.

How the errant letters started is unclear. Tax experts who brought the letters to the attention of the I.R.S. weeks ago had wondered if anti-gay I.R.S. employees were acting out of malice.
“It’s either intentional or ignorance,” said Pan Haskins, an Oakland tax consultant who had been tracking the letters. 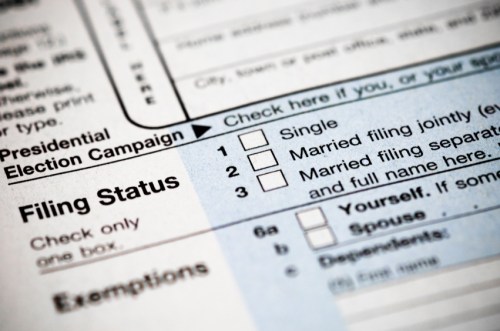 It’s difficult to tease out which is the most befuddling part of this story – the fact that a government agency has screwed this issue up so royally, and that at least one person involved may have done so intentionally, or the fact that a government agency was trying to make the situation more fair for gay people in the first place, and that they apologized when they instead made things worse.

Especially in light of the ongoing Prop 8 controversy in California and Obama’s recent declaration that Section 3 of DOMA is unconstitutional, the open admission of this kind of mistake seems significant. It seems like we’re seeing a commitment to ending inequality for gay families on a level never before seen from the government. It’s not only in terms of talk about ending DOMA, although obviously that’s important; it’s that there seems to be an unprecedented understanding of what the real-world day-to-day issues are with marriage equality.

On Friday, Obama’s administration made an important step towards ending the discrepancies in Medicaid benefits that same-sex families currently experience because of DOMA; the city of Cambridge has announced that it will offer state-issued stipends for gay couples to make up for the money they lose by not being recognized as couples by the federal government. The fight for marriage equality has always been about the symbolic value of equal treatment, but also about ending the outrageous number of legal and financial hurdles that gay families have to overcome just to live normal lives. It’s taking a while to address the former, but it really appears that in the meantime, the government is doing a pretty genuine job of trying to address the latter. Really, it’s not news that gay families are being screwed by the IRS; it is news, though, that the IRS has finally apologized for it. It’s not the same as anything really being okay, but it is good news that it looks like someone finally wants it to be.