It seems like more and more often I’m seeing people talking and writing thinkpieces about how the lesbian community and the trans woman community are at war. We’re constantly fighting! We don’t have the same goals! We’re communicating across a great divide!

It’s true that there are lots of issues between these communities and that there is a very small but very loud contingent of cis lesbians known as TERFS (Trans-Exclusionary Radical Feminists) who are almost entirely dedicated to the mission of bringing down trans women. But often these conversations fail to acknowledge that there are lots of overlaps, too. I am a lesbian and a trans woman, and I’ve found that we share much more common ground than drawn battle lines. Personally, I like existing and living in both communities rather than having to choose one over the other. I know that being the Trans Editor here at Autostraddle, I’ve kind of painted myself into a corner of being a Professional Trans Woman, but that doesn’t mean that I like other people pigeonholing me into that role. Especially when it means that they exclude me from other communities that I’m equally a part of.

In my real life, I don’t get in that many fights with cis lesbians. At least not as a group, at least not because they are cis lesbians. It’s usually because of other reasons, like they’re racist or a jerk or they don’t like Nicki Minaj or they’ve never seen Jurassic Park. Really, I find that the majority of my conflicts with cis lesbians on a structural level happen when I write about the relationship between cis lesbians and trans women. Even then, if I’m writing about dating and sex or even if I’m not, the conflicts usually boil down to a few cis lesbians saying “I don’t want to have to date a woman with a penis! But I’m not transphobic,” and a few trans lesbians reminding them that no one ever said that anyone should have to date anyone they’re not attracted to for any reason.

As a trans woman, I love seeing characters like Sophia Burset from Orange is the New Black and Alysia Yeoh from the Batgirl comics. There are huge parts of their stories that I totally relate to and love to see on screen or on the page. But I also love seeing characters like Santana Lopez from Glee, Callie Torres from Grey’s Anatomy and Renee Monotya from the world of Batman. All of them are cis, but all of them are also lesbian (or in the case of Callie, bisexual) Latinas, and those identities are just as much a part of me as being a trans woman is. It’s really jarring for me when I read things telling me that since I’m a trans woman, I have to put that first and be in conflict with cis lesbians when I relate so much to their stories.

Let me expand on that point for a minute. As a queer Latina woman, I have a deep and strong sisterhood with my fellow queer Latin@s. Both on a personal level and a political one. So when I’m looking for community, I often have better luck finding it with cis queer Latin@s than with white trans women. My transness doesn’t overpower my Latinidad. And when I’m told that there’s this great divide between trans women and cis lesbians, I can’t help but wonder why people are so quick to paint both groups with such broad strokes. 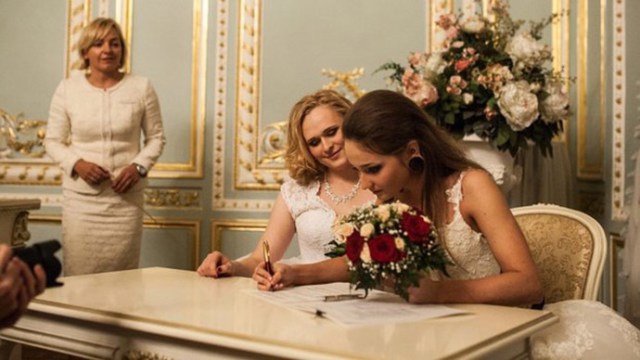 A lesbian couple in Russia where one woman is trans and the other is cis. Photo courtesy Alyona Fursova

Really, I’m not sure why we feel like we have to keep on amplifying this fight. According to the National Transgender Discrimination Survey, only 23% of trans women identify as heterosexual. The 67% of respondents who identify as queer, lesbian or bisexual are therefore a part of the L, B or Q, as well as representing the T in the acronym. A solid two-thirds of trans women are on both sides of this so-called “divide.” Two-thirds of us are probably hoping for same-sex marriage and queer women’s representation and all the other issues cis queer women want. We may not be cis lesbians or cis bisexual women or cis queer women, but we’re still lesbians, bisexuals and queer women. Especially when it comes to interpersonal relationships, we’re still a part of that community.

Certainly cis lesbians aren’t perfect, and certainly they make plenty of mistakes. But in my experience, most of the issues they have with trans women are really born out of ignorance or inexperience. Once they learn, most cis lesbians and most cis lesbian groups I’ve come into contact with have fixed their mistakes and grown from them. And they usually do it much faster and much more willingly than most other groups. (For example: cis men!) 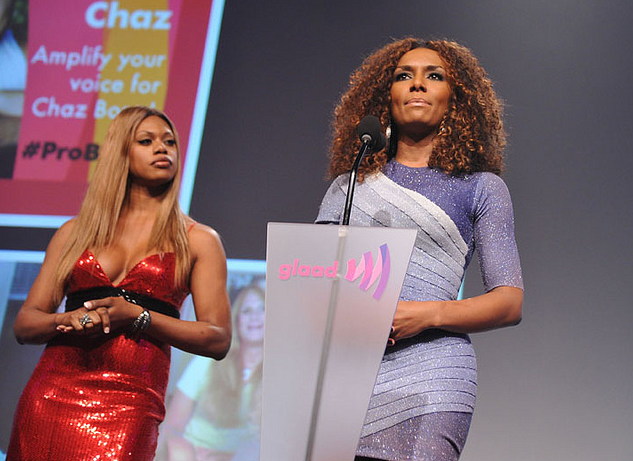 Things like trying to date a cis lesbian can be pretty tough as a trans woman. But for trans women who date men, things are often even more difficult, as shown by the even higher rates of domestic violence and even murders by intimate partners that trans women, especially trans women of color and even more specifically black trans women, often face. I am terrified, terrified every single day, for my TWOC sisters. I am terrified that I’m going to find out that one of my friends is the next trans woman of color to be murdered, and that fear doesn’t come from cis lesbians; it comes from the men who murder trans women of color. (Which isn’t to say trans women aren’t subjected to intimate partner violence from cis women, too — they absolutely are, and for more on that topic, read this.)

Whenever I see people talk about this issue, it makes me feel like they’re sort of saying that since I’m a trans woman, I don’t count as a real lesbian. That “real” lesbian culture is only for cis lesbians and that that culture is in direct opposition to me, excludes me. But I’m a real lesbian, and so the lesbian community is my community, just as much as the trans woman community is my community.

My experience and worldview are not defined by any one of my many identities. I am proud of my gender as a trans woman, but it does not singularly define me. I am proud of my sexuality as a lesbian, but that doesn’t singularly define me either. In fact, the two help to inform each other. I’m going to say this plainly. Trans women are women, and two thirds of us are attracted to other women. So please, can we stop pretending that we have to pick a side?