When I was a kid, I indeed spiced up my life: I owned Spice World on VHS, played with Special Edition Spice Girls Barbie dolls, and listened to Spice Girls albums on a boom box (afterwards storing said CDs in a hard, hot pink container which I hand-painted with the words “I Love Baby Spice”).

The Spice Girls were, for a really fucking long time, the only women showing me how to live a philosophy I later came to call feminism. And for a lot of girls like me, the Spice Girls were a primer to our later forays into women’s studies and bell hooks.

This is what the Spice Girls taught me about feminism.

5. That everyone needs to love their mothers

When I was very little, Baby Spice was my favorite spice. I don’t know why, but it probably had to do with her mother, who remained at the forefront of her interviews and regaled tales. When I read about Baby I inevitably read about how she was taking care of her mother, and she wasn’t embarrassed to talk at length about their relationship. For someone who pretty much only had a mother to my name growing up, that was powerful.

Plus, one of the only reasons I was allowed to listen to the Spice Girls at all was Mama. Like, the fact that it existed in general. My mom dug that sh*t.

4. That women are sexual beings

From rejecting unruly dudes to booty calling the good ones, the Spice Girls were never about being shy in the bedroom. And in a landscape of Cosmo sex tips and shitty rom-coms, the message that women are in control of their sexual experiences and can indulge in their own sexual expression is one that’s hopefully never going out of style.

3. That relationships work both ways

It takes two. Like, for real. Why else would they call it a partnership? If you’re going out on a limb and opening yourself up to love, you deserve something awesome, beautiful, and amazing at the other end – period. The Spice Girls showed me that women could make demands in relationship, set their own boundaries, and be vulnerable, all at once.

2. That women can get what they really, really want

We’ve all got unique desires in this life, and we deserve to be surrounded by people – friends and lovers alike – who respect and encourage those desires. The Spice Girls never would have settled for less than that, and neither should we.

The Spice Girls were living, breathing, gyrating proof that girls could grow up to be whatever we wanted and whoever we wanted: sweet and innocent, daring and vivacious, prim and proper, sexual and liberated, athletic and determined, or a mix of every possibility in small pieces. Gender had no boundaries for the Spice Girls, who went from all dolled up to sports bras and shorts in t-minus 5 seconds flat and, together, told a story of womanhood which was complex, varied, modern, and diverse. They were five women who were meant to symbolize different aspects of our identities as girls, women, and people – and despite their differences and the gaps between them, they proved that all women share a story while also having their own.

The bonus? A healthy mix of athletic shorts, natural hair, heels and dresses, pigtails, and tattoos also drove home a solid point: that women are women, no matter how they dress, act, or behave. It’s like Judith Butler for beginners, but without falling asleep halfway through! 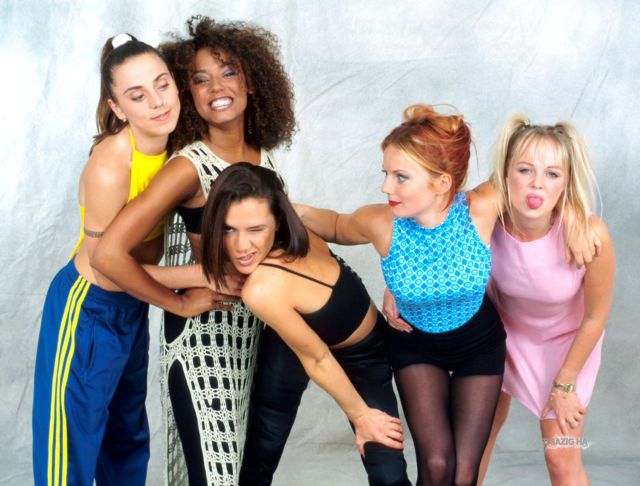